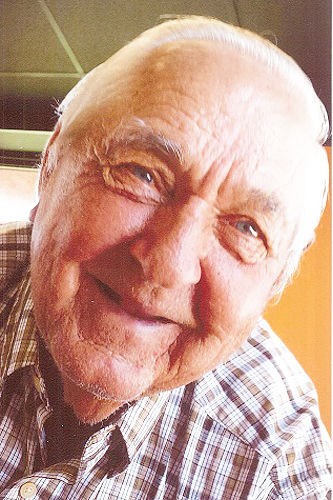 He was born Nov. 17, 1928, in Cash to the late Roy and Bess Pierce Gibson. Wayne proudly served in the United States Navy for 20 years during the Korean and Vietnam wars.

After his military career, he was a mechanic at Lincoln-St. Louis Co. for 15 years.

He enjoyed working on lawnmowers, hunting, fishing and creative engineering, loved to tell jokes and never met a stranger. He was a member of the Cash Baptist Church.

He was also preceded in death by a daughter, Gail Swift, and his siblings, Mattie Thetford, Betty West, Fay Peck, Leon Gibson and Jimmy Gibson.

The family will receive friends from noon until 2 p.m. Saturday at Gregg-Langford Bookout Funeral Home. A celebration of his life will begin at 2 p.m. Saturday in the funeral home chapel with the Rev. Rick Davis officiating. Interment will follow in Cash Cemetery with military honors.