Born to Francis E. and Evelyn (Bishop) Horner, and raised in the Springfield area, Donald graduated from Springfield Technical High School and later attended Northeastern University. He served his country honorably and was a U.S. Navy Korean War Veteran. Don was employed by Thiokol in Utah, NCR, in Ohio and Hartford, and later retired from Scan Optics, East Hartford. In his free time he enjoyed golf, photography, woodworking and creating stained glassworks. Other interests included many travels by car, bus, train, ship and plane, and family gatherings.

Besides his wife Jacqueline, Don is survived by two daughters, Elaine Smith of Enfield and her partner, Edward Weigen, and Rosemary Chabot of Worcester. He was predeceased by a son Donald Joseph Horner; his brother Francis E. Horner; and sister Dorothy Frenette. Don is also survived by his grandchildren, Jillian Diette and her husband, Philip, David Smith and his wife, Tessa Rickart, Ashley and Danielle Chabot; and he also leaves a great-grandson Parker Diette. In addition, he is survived by a sister Marjorie Hughes and her husband, Roger of Corinne Maine; and numerous nieces and nephews.

Visitation hours will be held at Leete-Stevens Enfield Chapels, 61 South Road, Enfield, from noon to 2 p.m. on Friday, Nov. 19, followed by a funeral service. Burial will be private.

Donations in Donald's memory may be made to Alzheimer's Association., CT Chapter, 200 Executive Blvd. S 4b, Southington, CT 06489.


Published by Journal Inquirer from Nov. 16 to Nov. 20, 2021.
To plant trees in memory, please visit the Sympathy Store.
MEMORIAL EVENTS
Nov
19
Visitation
12:00p.m. - 2:00p.m.
Leete-Stevens Enfield Chapels & Crematory
61 South Road, Enfield, CT
Funeral services provided by:
Leete-Stevens Enfield Chapels & Crematory
MAKE A DONATION
Please consider a donation as requested by the family.
MEMORIES & CONDOLENCES
4 Entries
We offer our deepest sympathies to Aunt Jackie, Elaine and Rosemary, Ashley, Danielle, David and Tess and Jill and Phil. Uncle Don will be missed by all of us. His loss will be felt by all of you the most of all.
Patricia and Mike Budri
Family
November 22, 2021
May the love of friends and family carry you through your grief.
Richard Ouellette
November 18, 2021
Our heartfelt condolences to the Horner family. That is a great photo of Mr. & Mrs. Horner, Mark Blessing posted. That is how we will remember Mr. Horner.. with that contagious smile on his face and Jackie right beside him, smiling too.
Judy & John Zawadski
November 18, 2021 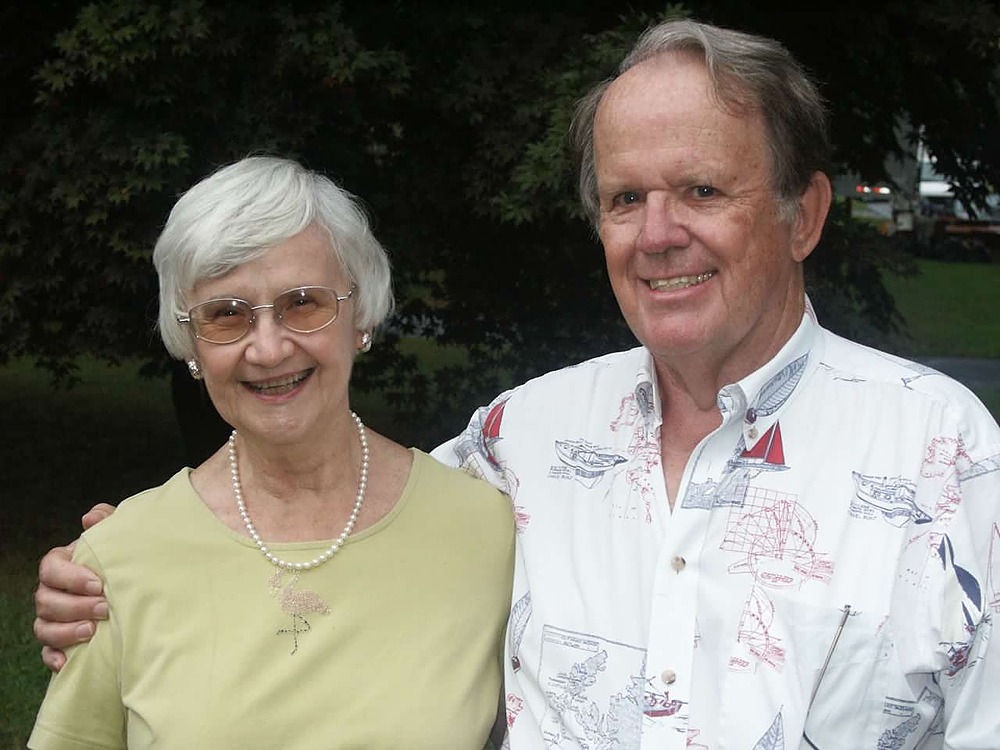 My heartfelt condolences to Jackie, Rose, and Elaine. Don was a kind, animated man - always ready to engage in a lively conversation. I've so many fond memories of Don playing cards with my parents, teasing me or my siblings, and sharing his quick wit. May he join my parents in heaven for banter, laughs, and interesting stories.
Mark Blessing
Other
November 16, 2021
Showing 1 - 4 of 4 results