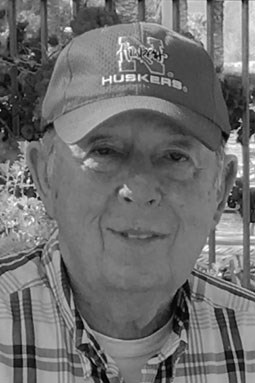 Carl Sampson Lytle, Jr. was born on December 8, 1931, and passed away peacefully in his home on February 12, 2021, at the age of 89. One of four children born to Carl Sampson and Helen (Siebolts) Lytle, he lived in or near Odell, NE, his whole long life. He was a veteran of the Korean War, and he owned grocery stores in Lanham and then Odell. He retired from the FSA in 2010.

He married Marilyn White, the love of his life and the mother of his two children, in 1963. Carl had a collection of over 600 levels he amassed from attending many auctions and joked about being "half a bubble off." He was a stubborn German, extremely particular, an excellent judge of character, and never met someone he couldn't strike up a conversation with.

The family would like to thank the many caregivers of Home Instead/Southeast Nebraska Senior Care, BCH Hospice, Becky, Kelsey, Dr. Paulmeyer, Erin Dorn, Dr. Bajwa, Steve Manley, the Mike Klecan family, and a plethora of friends and neighbors for all their work and care to maintain Carl's quality of life and be able to remain in his home, which was so very important to him.

To plant trees in memory, please visit our Sympathy Store.
Published by Lincoln Journal Star on Feb. 17, 2021.
MEMORIAL EVENTS
No memorial events are currently scheduled.
To offer your sympathy during this difficult time, you can now have memorial trees planted in a National Forest in memory of your loved one.
Funeral services provided by:
Vance-Gerdes Funeral Home
GUEST BOOK
4 Entries
Sorry to hear about Carl. I have a lot of great memories from our days in Lanham.
Lawrence Adam
February 24, 2021
My Sympathy to you and your family!!
Jake Schultze
February 23, 2021
Carl was such a kind-hearted man. I enjoyed working with him at the FSA Office. I am sorry for your loss, Marilyn.
Heather Saathoff (Dorn)
February 18, 2021
Marilyn, I don't know if you remember me from when you taught Home Ec at Hanover. I just want to extend my sympathy to you and your family at Carl's passing.
Connie (Koppes) Hatfield
February 17, 2021