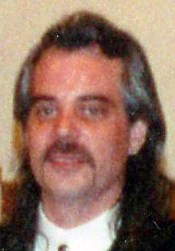 Kevin Shawn Roberts, the son of Ken and Jennie (Buller) Roberts, was born in Lincoln, Nebraska on February 22, 1966, and passed away at Lodgepole, Nebraska on June 6, 2021 at the age of 55. Kevin grew up in Lincoln and graduated from Lincoln High School in 1985. He moved to Colorado to further his career in lithography. Kevin lived in Loveland, Colorado, Fort Collins, Colorado, Douglas, Wyoming and Lodgepole, Nebraska. Kevin married Torrie (Pennie) Brollier in 2000.

He was preceded in death by his grandparents, Archie & Lucille Roberts and Norman & Myrtle Buller of Aurora. He is survived by his wife, Pennie of Lodgepole; his parents, Ken & Jennie Roberts of Lincoln and brother, Craig Roberts of Lincoln. He is also survived by his children, Ashlee Roberts, Dylan Roberts and Dustin Roberts all of Lincoln; grandchildren, Griffen Ford and Zoee Jones; step-son, Bladen (Inanna) Brollier; step-grandchildren, Lane and Miles Brollier; uncle, Brian (Sue) Buller of Lincoln; uncles & aunts, Rodney & Janet Roberts of Aurora and Dale and Shirley Roberts of Grand Island, cousins, other family members and friends.

Graveside Services will be held at 11:00 a.m. on Monday, June 14th at the Aurora Cemetery. Rev. Karl Larson of Westside Covenant Church will officiate. No visitation. Higby-McQuiston Mortuary is in charge of arrangements. Memorials may be made in care of the family for future designation. Condolences may be e-mailed to the family through the mortuary website at www.higbymortuary.com.