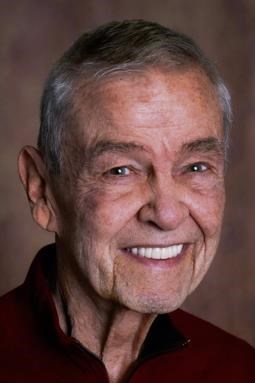 Richard Tedrick "Butch" Everett was born on October 19, 1940 in Lincoln, Nebraska to Wilbert "Ted" and Sarah "Sally" (Brening) Everett. He grew up in Lincoln where he attended Sheridan Elementary School and graduated from Lincoln Southeast High School in 1958, before attending Dade Jr. College in Miami, FL. As a young boy, Rich enjoyed playing football and golf. Rich married Karen Dahlstrom on November 27, 1961 at the South Miami Methodist Church in South Miami, Florida and they were blessed with two children: Ann and Lance. Rich and Karen raised their family in both Miami and Lincoln, before settling in Omaha, Nebraska in 1969.

Rich worked as a pressman for the Miami Herald before returning to Nebraska, where he opened the first Runza in Omaha in October of 1969. He owned the Runza at 50th and Center in Omaha and went in to make Runzas on a regular basis until he was physically unable to do so. He was an avid golfer, loved to travel, he visited 48 states and traveled to a dozen foreign countries, had a sweet spot for his beloved cats and cockatiel, and had a great interest in history.

Rich treasured the time he could spend with his immediate and extended family. He held close special family events: births, weddings, and gatherings of his children, grandchildren, and great grandchildren. Rich enjoyed the music of Dean Martin, Frank Sinatra, and Elvis, and was an avid fan of the Huskers, Yankees, Royals, and Chiefs. He savored corn on the cob, peas, chocolate, and anything blueberry. Rich cared deeply about everyone and was such a good listener. He could often be heard saying "Raise the roof" or "By the way." He was generous, honest, humble, and always a good sport. Rich lost his battle to glioblastoma on Saturday, November 28, 2020 at his home in Omaha, surrounded by his family, at the age of 80.

He was preceded in death by his parents, Ted and Sally, and his brother, Donald. Rich is survived by his wife, Karen; daughter Ann (Harry) Gillway of Kimball, NE, and son Lance of Omaha; granddaughter Sara (Kyle) Smith and great grandchildren Kaden and Kali of Bennington, NE, grandson Jeff Gillway of Omaha, granddaughter Laura Gillway of Nashville, TN, and grandson Sean (Mackenzie) Gillway and great grandson Everett of Omaha; sisters Sharon (Bill) Redmond of Littleton, CO, and Mary (Jack) London of Sacramento, CA; sister-in-law Sandy Everett of Lincoln and numerous nieces, nephews, and cousins whom he loved dearly.

To plant trees in memory, please visit our Sympathy Store.
Published by Lincoln Journal Star from Dec. 2 to Dec. 3, 2020.
MEMORIAL EVENTS
Dec
4
Visitation
2:00p.m. - 8:00p.m.
Reichmuth Funeral Homes - Elkhorn
21901 West Maple Road, Elkhorn, NE 68022
Funeral services provided by:
Reichmuth Funeral Homes - Elkhorn
GUEST BOOK
5 Entries
Rich was a wonderful person to everybody. His passing is heartbreaking. I could giggle with him. We had good times. I will miss him so much. I love my brother and I know he loved me.
Sharon Redmond
December 6, 2020
I am so sorry for your loss. Rich hired me when I was 15, 42 years ago, and I have never forgotten him and his kindness over the years.
Laraine Gruber
December 5, 2020
My condolences to the family. I never met Richard, but upon moving back to Omaha from MN(where I always praised the Runza sandwich!) the first meal I had was a Runza sandwich! I appreciate the legacy he and his mother left behind.
Karen A.
December 4, 2020
I met Rich on the golf course (like so many others) which led to 10 years of great competition, loads of fun (a few beers/drinks) & countless unforgettable memories. I thank him for all of that, not to mention introducing me to numerous other "characters "-lucky, coach, Doc, brownie, greenie, Dave, big Bob, Jimmie Mac & many more!! I´ m sure Rich is right now making a foursome with Arnie, Payne & Bobby Jones (Rich will have to give them strokes)! Thanks, Rich!
Mac McConnell
December 3, 2020
Brother "Butch" will be missed by so many friends and family members in Lincoln & Omaha. A quiet, generous man who loved traveling with Karen, who expanded horizons beyond Kids, Golf, Love of Pets, Cornhuskers and Runza, his lifelong work, from childhood to death. A humble, bright, man, unafraid of hard work. Easy to Love. Nieces & Nephews, in laws, all were friends.
Mary and Jack London
December 2, 2020