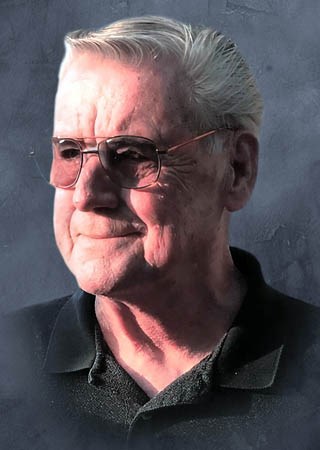 RACINE - Dennis C. Rugh, 74, loving husband and best friend of Barbara for the past 54 years, passed away Friday July 16, 2021 at Ascension All Saints surrounded by his family following a brief illness.

Dennis was born in Menominee, Michigan on September 3, 1946. He was the son of the late Clyde and Florence Rugh. He later moved to Racine with his family in the early 1950's. Dennis graduated from Horlick High School in 1965. Later that year, he joined the United States Navy.

On September 16, 1967, he was united in marriage to his wife Barbara at St. John Nepomuk Church. They went on to have two sons: Darren (Tracie), and Jason (Sylvia).

Dennis worked at Bosch for over 30 years, retiring in 2002. Dennis enjoyed spending time on his boat fishing on Lake Michigan with his family and friends. He also enjoyed bowling in the Monday Night League for many years, but most of all he loved sitting outside in the garage having a cold beer.

He is survived by his beloved wife and his sons; five grandchildren: Taylor Rugh, Ryan Rugh, Phil (Christina) Jardina, Patti (Cody) Bush, and Tony Jardina; great-grandchildren: Mason Jardina and Cara Bush. He was also survived by many nieces, nephews and friends.

Dennis was preceded in death by parents, sister Marilyn Kirschling, and his brother-in-law Gilbert Kirschling.

To plant trees in memory, please visit our Sympathy Store.
Published by Racine Journal Times on Jul. 22, 2021.
MEMORIAL EVENTS
Jul
25
Visitation
1:00p.m. - 3:00p.m.
Purath-Strand Funeral Home & Crematory
3915 Douglas Avenue, Racine, WI
Jul
25
Memorial service
3:00p.m.
Purath-Strand Funeral Home & Crematory
3915 Douglas Avenue, Racine, WI
Funeral services provided by:
Purath-Strand Funeral Home & Crematory
MAKE A DONATION
MEMORIES & CONDOLENCES
6 Entries
My condolences on Dennis's passing. Dennis and his buddy gave Barb, a friend and me a ride to high school many mornings our junior and senior years. Wow, so much better riding the ol' bus. Barb and family, hope warm memories offer comfort at this difficult time.
Elena (Cole) Jones
School
July 25, 2021
I am so sorry Barb,Jason for the loss of Dennis i know you loved him very much! My condolenses and prays are with you at this time sincerely Brenda Allen ISE
Brenda Allen
July 25, 2021
Hello Barb, Jason and family i am so sorry for your loss your family are in my pray's . My sincere condolences.
Brenda Allen
Other
July 25, 2021
My heart is hurting for you and the family. Uncle Dennis will always in my thoughts and the family in my prayers. I know he and Leon always enjoyed talking fishing and having a few beers.
Michelle (Shelly) Simon
Family
July 23, 2021
Grief can be so hard, but our special memories help us cope. Remembering you and your loved one today and always.
Jodie Antreassian-Janiuk
Other
July 22, 2021
My deepest and warmest condolences to Mrs. Rugh and the entire family. Dennis was my very good friend while we went to school. I t´s hard to say goodbye to an old friend; so many good memories of those days. The Rugh family will be in my prayers and thoughts.
David Pease
July 22, 2021
Showing 1 - 6 of 6 results