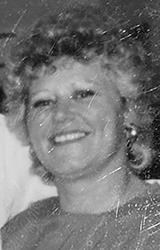 Our sister, Dianne Lynn Ferrarini, aged 72, has joined her family in Eternal Life on Monday, November 18, 2019, at Aurora Medical Center in Kenosha, WI after a brave battle with cancer.

Affectionately known as Dee, she was born on October 1, 1947 in Wilmette, IL to Angelo and Marsha (Nee Gonzalez) Ferrarini. Growing up in Northbrook, IL; she attended St. Norbert Academy and then graduated in 1965 from Glenbrook North High School. A Champion Baton Twirler, she taught Marilyn's Majorettes and marched with Des Plaines Vanguard Drum & Bugle Corps before moving to Racine, WI in 1974 to march with the Boys of 76. Dee also marched with Kilties Senior, Minnesota Brass and Chicago Royal Aires Drum Corps; as well as instructed Racine Explorer Scout Corps, Ambassadears/New Day, Spirit of 76 and Kenosha CYO Emerald Knights. After her marching days, Dee performed in Cardiac Capers, and as a Founding Member with the Penquin Players, where audiences loved her comedy skits and dance routines. Her hobbies were bowling and knitting afghans. Dee retired from Gateway Technical College as an Office Manager and Union Steward. Catholic by faith, she attended St. Edward Church. Survivors include her sister, Susan (Frank) Happ; her brother, John Ferrarini; nieces, nephews and friends. In addition to her parents, she was preceded in death by her sister and brother-in-law, Mary (Steve) Halperin.

Funeral services will be held November 30th at 1:00pm at St Michaels Chapel, 1185 W Algonquin Rd, Palatine, IL 60067. A celebration of Dee's life will be held Sunday, December 1st from 1 – 5pm at Eagles Club Ballroom (Main & Hamilton) 319 Hamilton St, Racine, WI 53402. In honor of her spirit, donations can be made to The Academy of Dance in Racine, WI.

Published by Journal Times from Nov. 28 to Nov. 29, 2019.
To plant trees in memory, please visit the Sympathy Store.
MEMORIAL EVENTS
Nov
30
Funeral service
1:00p.m.
St Michaels Chapel
1185 W Algonquin Rd, Palatine, WI
Dec
1
Celebration of Life
1:00p.m. - 5:00p.m.
Eagles Club Ballroom (Main & Hamilton)
319 Hamilton St,, Racine, WI
MAKE A DONATION
MEMORIES & CONDOLENCES
2 Entries
Dee, you will definitely be missed. I have many drum corp memories with you; some great, and others not so great ha ha. I can still hear you say Merry Christmas! instead of swearing. You certainly touched many lives and had a huge impact in our community. I think you'd find it funny that I didn't know your name is Dianne until right now, you were always Dee to me. May God bless you and your family.
Gwen Chaffee-Sturm
November 26, 2019
Never a bad word to say about Dee. Amazing and beautiful person. Terri and I will miss her wonderful smile and infectious laugh, we will never forget either. Please accept our prayers and deepest condolences.
Jim & Terri Schehr
November 26, 2019
Showing 1 - 2 of 2 results