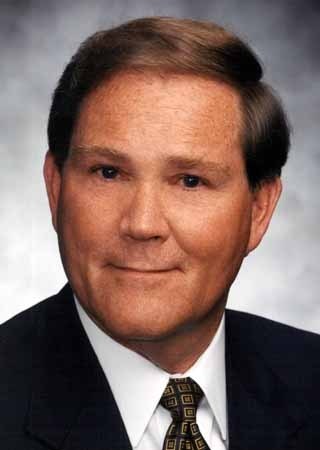 Don was born in Redding, CA on December 17, 1941 to Carl and Bertha (Truesdell) Johnson. His family moved to Oklahoma when Don was two, first to Quapaw for six months, and then to Picher, which is where Don grew up. Don was a star football player and captain of the team, he was senior class president and Homecoming king and also appeared in several school plays. He graduated from Picher-Cardin High School in 1959, and then received his Bachelor's degree in Business Administration from Pittsburg State University, Pittsburg, KS in 1965.

Don served his country in the United States Air Force Reserves from 1965-1971, receiving an honorable discharge.

Up until 1978, Don worked for several manufacturing facilities in the capacity of a Plant or General Manager, and he also owned two fast food restaurants for a little over a year. Then in September 1978, he found his niche when he was hired by Modine Manufacturing as the Production Manager at their McHenry, IL plant. In April 1979, he became Plant Manager, and was then promoted to Operations Manager, Automotive Division in Racine in 1982. Don quickly advanced to the General Manager of the Division, and became a company officer in 1988 as Vice President and General Manager of the Automotive Division. This was followed by Group Vice President in 1990 and Executive Vice President, Operations in 1994. Don became President and Chief Operating Officer in October 1996 and was elected to the Board of Directors the following year. He advanced to President and CEO in 1998, and Chairman of the Board in 2002, until his retirement in June 2003. During Don's tenure with Modine, the company achieved many significant accomplishments, among them their increased presence in the global market through a series of acquisitions and joint ventures and Modine also broadened its product offering by entering new markets such as electronics and fuel cell technology.

In addition to Modine, Don also served as a board of director for Grede Foundries, Inc., Marshall & Ilsley Corporation, and the Wisconsin Manufacturers and Commerce. He was also a member of the Board of Regents of the Milwaukee School of Engineering.

Don loved golf, going to the casino, at which he sometimes found great success playing slots, playing cards, country western music (Patsy Cline was a favorite), model trains, fishing, good bourbon (Pappy Van Winkle's topped the list), the Packers and the Oklahoma Sooners. In retirement, Don and Sharon frequented their home in Hilton Head Island, SC where they enjoyed many dinners with good friends. Included among his loves were the many dogs, and two cats, he had throughout his life, but above all, Don loved his family and was very proud of them.

Family and friends are invited to meet in the Draeger-Langendorf Funeral Home and Crematory on Sunday, September 26, 2021 for a visitation from 12:00 – 2:00 p.m. A service celebrating and remembering Don's life will follow at 2:00 p.m. with Rev. Dr. Stephen D. Samuelson officiating. The family requests that everyone in attendance wear masks.

Published by Racine Journal Times on Sep. 19, 2021.
To plant trees in memory, please visit the Sympathy Store.
MEMORIAL EVENTS
Sep
26
Visitation
12:00p.m. - 2:00p.m.
Draeger-Langendorf Funeral Home & Crematory
4600 County Line Rd., Racine, WI
Sep
26
Celebration of Life
2:00p.m.
Draeger-Langendorf Funeral Home & Crematory
4600 County Line Rd., Racine, WI
Funeral services provided by:
Draeger-Langendorf Funeral Home & Crematory
MAKE A DONATION
MEMORIES & CONDOLENCES
2 Entries
Not long after I posted my previous memories of Don, I realized I had forgotten another great memory. I coordinated a `Best Plant´ process that allowed plants to submit their improvement data in several areas to earn the annual best plant award. We announced the winner after the annual communication meetings in Racine. You could see how much Don liked how many plants participated and shared their improvement results. After the meeting Don looked at me as said he wanted to do something similar with Racine departments. I don´t remember if I was still reporting to him, but of course that didn´t matter with Don. "Bring me some ideas". We defined the process and then watched how many departments submitted their data. We announced the winner at a dinner at the Racine Country Club. Again, you could see how much he liked the number of departments participating in the process. Just thought I would share yet another memory. I am proud to have worked for and with Don.
John Kmosena
September 25, 2021
I have nothing but good memories of Don. Here´s several examples of things I experienced with him: When he was in plant operations. we but heads on several quality-related issues. I was successful on the issues. He just smiled and said I was good at picking the right issues to stand my ground. So fast forward and I found myself reporting to Don when he was CEO. He was great - he allowed me to do some of the quality and warranty related things I felt would benefit Modine. I also remember that he was the one who ultimately gave the OK to start the process of establishing the `Tec-center´. I remember meeting with the design engineering managers to discuss product testing. The conversations drifted from reducing product testing to increasing product test equipment capacity and adding new and different test equipment. Of course, this required a lot of money. I was elected to take the issue to Don since I reported to him. When I did this, he said, `tell them to put together a presentation´. Well, that turned into the new Technical Center! Don helped Modine in many areas, including my career. As I said at the beginning, I have nothing but good memories of Don. My sincere condolences to his family.
John Kmosena
Work
September 24, 2021
Showing 1 - 2 of 2 results