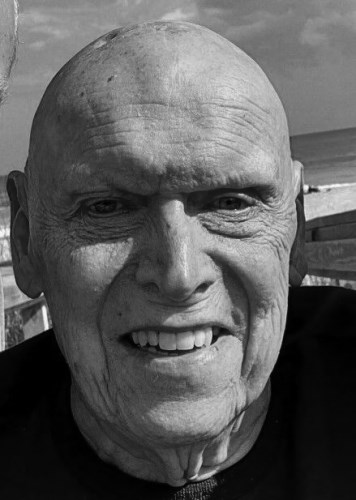 COCOA BEACH, Florida - The son of John H. Altenburg and Gertrude M. Hanson Altenburg, John F. Altenburg was born on October 16, 1939 in Stevens Point, Wisconsin. He attended grade schools in Stevens Point and graduated from P.J. Jacob's High school and the University of Wisconsin, also in Stevens Point. He also received a Master of Arts degree from the University of Illinois in Urbana, Illinois. He served in the Wisconsin National Guard and was part of the Berlin Crisis in 1962-1963 as a solider of the Battery B 120th Field Artillery. John was married to his wife, Sandra Reidenbach Hart on September 27, 1991.

John worked for the Western Electric Company in Chicago, Illinois; Kansas City, Kansas; and Omaha, Nebraska. He was an insurance agent for over 22 years as manager for Lincoln National Life and Equitable Insurance in Iowa, then served as an independent agent manager. He was president of the Alpha Phi Omega Fraternity while attending the University of Wisconsin in Stevens Point, and served as president of the board of directors of the Nebraska Association of Health Underwriters.

In place of flowers, memorial contributions may be sent to St. Mark's Episcopal Church in Cocoa, Florida or his hometown church Holy Communion Lutheran Church in Racine, Wisconsin. A memorial service will be held at St. Mark's on Wednesday, May 12, 2021 at 6:00 p.m., followed by a graveside service in Plover, Wisconsin on Sunday, May 16, 2021 at 3:00 p.m. You may sign Mr. Altenburg's guestbook at www.beckmanwiliamson.com