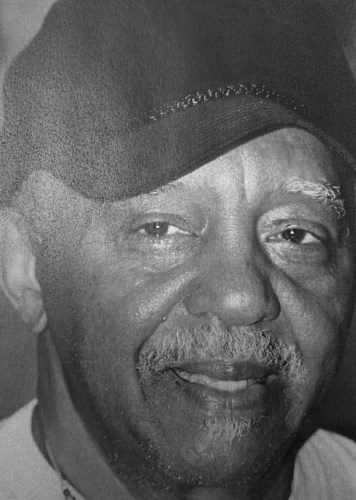 GOTHAM - Le Roy C. Wooley, age 93, of Gotham, passed away on Friday, April 30, 2021. He was born on July 7, 1927 in Brent, AL to Walter and Arzola (Hill) Wooley. Le Roy graduated from high school in Marion, IL in 1946. Shortly after graduation, Le Roy enlisted in the Army and served in WW II, Germany, Italy and France. After Le Roy's honorable discharge from the Army, he moved to Racine, WI and received his technical college degree from UW-Parkside which allowed him to become the first African-American tool and die maker in the state of Wisconsin with employment at Racine Steel Castings in Racine, WI. Le Roy became the UAW #553 Union President while being employed at Racine Steel Castings and retired after 32 years and 8 months on January 25, 1980 to reside in Gotham, WI with his parents and two sons.

Le Roy had an amazing life with time spent as a Golden Gloves boxer, grocery store and brewery owner, city councilman and the first African-American alderman, 8th District in Racine, WI. Le Roy was also a lifetime member of the NAACP with the goal of advancing equal rights for all Americans.

Le Roy was a member of the Richland Center American Legion, VFW and the 40 et 8. He was active for many years in the local bowling and golf league community and even had three lifetime hole-in ones!

He was preceded in death by his parents, Walter and Arzola Wooley and lifetime love, Barbara James.

Visitation will be held on Saturday May 8, 2021 at Richardson-Stafford Funeral Home in Spring Green, WI from 12:30 PM – 1:30 PM with burial to follow at Button Cemetery where military graveside rites will be conducted by the Local Veterans Military Memorial Honors Unit.

In lieu of flowers memorials may be made to the Richland Center American Legion.

Online condolences available at www.staffordfuneralhomes.com. The Richardson-Stafford Funeral Home in Spring Green is assisting the family with arrangements.

To plant trees in memory, please visit our Sympathy Store.
Published by Racine Journal Times on May 8, 2021.
MEMORIAL EVENTS
May
8
Visitation
12:30p.m. - 1:30p.m.
Richardson-Stafford Funeral Home
780 N Winsted St, Spring Green, WI 53588
Funeral services provided by:
Richardson-Stafford Funeral Home
MAKE A DONATION
MEMORIES & CONDOLENCES
4 Entries
Mr. Wooley and the guys from Local 553 gave great support to the Racine Education Assn. during our strike in 1977. He was a true labor brother. May he rest in peace.
Norah McCue
May 10, 2021
Sorry for your loss Chris. Love you much.
Carol and Ted Hodges
Family
May 9, 2021
I remember Mr. Wooley as being a pillar in our neighborhood on the near northside. He served as Alderman. He worked with determination to improve and stand up for the area he represented. He was great man who can be remembered for doing much for the betterment of mankind
Rev. David R. Green
May 9, 2021
I didn't know Mr. Wooley, but all I can say, Is WOW, what a MAN. My Dad was a Tool and Die Maker also, and would have been proud to work with Mr. Wooley. The things he did for his community, AND Co-Workers Is just amazing. I offer my condolences to his families, and hope they just remember what a Giant this man was. God Bless all of you.
Michael T. Nelson
May 8, 2021