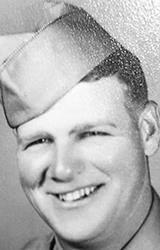 Lester proudly served his country as a member of the U.S. Army from 1951 until 1953 in both Korea and Japan. On July 2, 1955 at Holy Name Catholic Church in Racine he was united in marriage to Jeanette M. Gauthier. Sadly, she preceded him in death on August 14, 2016. Lester was employed in the construction industry for over forty years retiring from Wisconsin Metals in 1994.

He was a member of St Lucy Catholic Church and had been previously a member of Holy Name Parish serving his parish for many years as both a member of the Holy Name Society and as an usher. He was an avid fisherman and had hunted all over the state hunting deer, pheasant, and duck. His most cherished memories were the ones he and his family made at their cottage on Kangaroo Lake in Bailey's Harbor, Door County. He was an avid fan of the Green Bay Packers and Chicago Cubs. In his younger years he would travel to Chicago and play in their farm leagues.

Along with his parents and wife, he was preceded in death by his mother and father in law, Aurelia and Albin Gauthier; his siblings, Agnes Marie O.P, Lucille "Lou" (Earl) Toutant and brothers, Donald (Lois), Ralph (Mae), Charles "Chuck" (Monica), and Everett Kohel, and a sister in law Kathy Gauthier.

Funeral services will be held on Tuesday, November 17th, 2020. A Mass of Christian Burial will be celebrated at 1100 a.m. at St Lucy Catholic Church. Interment will take place at Holy Cross Cemetery, Hwy. 32. A visitation will be held on Monday from 4:00 p.m. until 6:00 p.m.at the funeral home and on Tuesday from 10:00 a.m. until the time of Mass at church Those desiring are encouraged to consider memorials to the Stars and Stripes Honor Flight, P.O. Box 867, Menomonee Falls, WI, 53052 or St. Lucy Catholic Church, 3101 Drexel Ave., Racine, WI 53403. 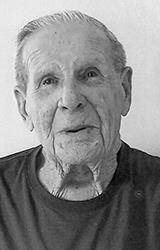