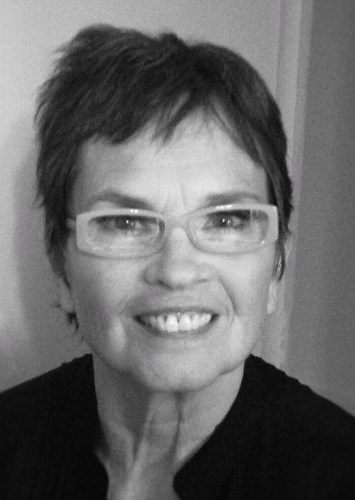 With great sadness, the family of Pamela Ann Goerger, 74, announce her passing on July 12, 2021, from complications of Multiple Sclerosis, a disease against which Pam waged a determined and exhausting battle since 1994.

Pam was born the sixth child of Edd and Adelaide (Haberman) Goerger in Barney, ND on November 15, 1946. She attended a one-room school for her first six years, until its closure; then went on to a consolidated school in Wyndmere, ND. She continued on to the University of North Dakota, Grand Forks, earning both a BA and an MA in Theater. While at UND, she met and married David Jay Seematter of Clinton, IA. When he was drafted into the Army during the Korean DMZ Conflict, they moved to Baltimore, MD, where she worked in the school system.

Following David's return from Korea, they settled in Racine, WI, where David was employed as a PhD Chemist at S. C. Johnson. Pam spent many years at the Fine Arts School in Racine, first as the drama teacher and later as the librarian. In those school years, she formed a deep connection with Lisa Johnson, which continued until the day of her death. As the librarian, Pam was able to return to the stage when she began a second career as a professional storyteller, where she and her dear friend, Mary Norris, became life-long friends. She entertained years of students at the Fine Arts School, traveled to many stages and performed for Olympia Brown UU Church.

Pam had a fulfilling career as a licensed massage therapist. When MS ended both her teaching and massage careers, Pam moved to Mobile, AL to live with her daughter. There, Pam had a fourth career as she used her talents to open an Etsy Shop. Although her hands were being affected by MS, they still created magnificent beaded bracelets, ornaments, and witch bells. Giving Pam another way of telling stories. Pam's years in Mobile were punctuated with visits from family and friends. She especially enjoyed visits from her life-long friend, Carol Ruxton, formerly of Racine. Their forty-five year friendship was a treasure for them both.

Anyone who visited Pam in Mobile understood the special relationship she had with her children. Jessica's professional skills as a Doctor of Chiropractic greatly enhanced the physical qualities of Pam's life, moreover, she was Jessica's world. Jerrold filled a social side of Pam's life as her movie-going partner, bedside TV watcher, and key levity producer. Together, her children supported her with love and arduous care for her 17 years in Mobile.

Pam was preceded in death by her parents: Edd and Adelaide Haberman Goerger; her sister, Idette Goerger; her brothers: John Goerger and David Goerger and her former husband, David Seematter.

She is lovingly remembered by her daughter, Jessica Seematter and her son, Jerrold Seematter both of Mobile, AL; her siblings: Phyllis (Richard) Klosterman of Patagonia, AZ, Allan (Patricia) Goerger of Barney, ND, Monica (Robert, deceased) Travis of St. Paul, MN, beloved god-daughter, Heidi Klosterman, as well as many nieces and nephews.

In accordance with her wishes, she will be cremated and rejoin the earth in a private ceremony at the family homestead in Barney, ND.

In lieu of flowers, the family asks that you help someone in need. 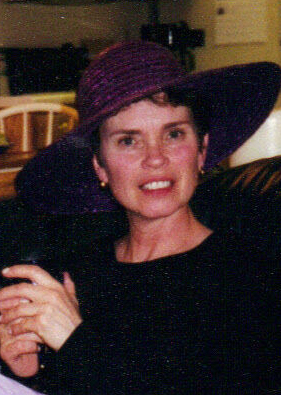 Published by Racine Journal Times on Jul. 25, 2021.
To plant trees in memory, please visit our Sympathy Store.
MEMORIAL EVENTS
To offer your sympathy during this difficult time, you can now have memorial trees planted in a National Forest in memory of your loved one.
MAKE A DONATION
MEMORIES & CONDOLENCES
2 Entries
We met Pam in Grand Forks, ND. Ernie hired David into SC Johnson in Racine. We have such wonderful memories of our time together! Loved camping together, spending holidays at our homes and sharing special moments! Will miss her. Jessica and Jerrold may your loving memories bring you peace and comfort
Mary and Ernie Berends
Friend
July 27, 2021
My deepest sympathy to your family. During my years at Fine Arts Pam and I would have long talks when she would stay after school was out.
Christine Huebner
July 26, 2021
Showing 1 - 2 of 2 results