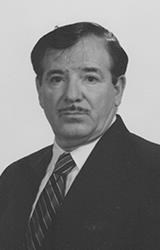 We are saddened to announce that Ramiro R. Romo Sr. of Racine, Wisconsin and Crockett, Texas, born September 22nd, 1933 in Muzquiz, Coahuila Mexico passed away on Friday, October 23rd, 2020 at Oak Park Assisted Living facility in Burlington, Wisconsin. He was 87 years old.

Ramiro, "Dad" and "Big G" to his grandchildren emigrated to San Antonio, Texas from Mexico at 11 years old. As an adult he moved to Racine, Wisconsin to find work and once there met and married Felicita (Rios) at age 22. Together they owned and operated several successful bars and restaurants, both in Racine county and in Texas, while simultaneously serving as stewards in the various Catholic churches in which they were members. Ramiro was a gifted guitarist and singer, who, with his wife would perform in various capacities at their church. He became an active member of the League of United Latin American citizens in Racine, working to help Hispanics navigate the judicial system to gain citizenship, and he served as a translator for Spanish speaking individuals in courts and hospitals. He and Felicita provided a safe home for several foster children over the course of 20 years, they hosted several English/Spanish radio programs, and served as marriage counselors to members of their church. Among his hobbies Ramiro loved to fly, earning his pilot's license, as well as bowl, read and write about scripture, cook (enchiladas were a specialty) and spend time with his family. At age 74 he was ordained as a deacon in the Catholic Church, and served his community in that capacity for 10 years.

He was predeceased by brothers Raymond, Carlos, Ralph, and sister Socorro.

A private viewing, service, and burial will be held Thursday, October 29th.

In lieu of flowers we ask that you make a donation to the Catholic Church of your choice.

We would like to thank the kind and supportive assisted living and hospice workers at Oak Park Assisted Living Facility in Burlington for their kind attention--and we are especially grateful to one special employee, Ramiro's granddaughter and nursing assistant, Jossalyn Pennington, for her tireless love and care. 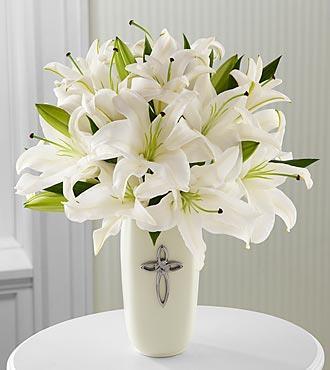 Joyce Rios
October 28, 2020
Our sincerest condolences to the Romo family on the loss of their father. I remember him when my brothers and sister worked with him for LULAC. A very thoughtful and caring person.
Maria Linda Malacara Perez and family
October 28, 2020