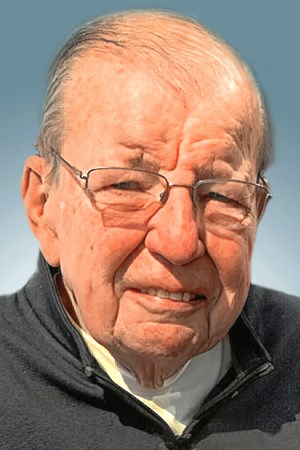 Richard was a graduate of William Horlick High School, "Class of 1951". He proudly served his country in the United States Navy. On May 6, 1954, he was united in marriage to Gloria Elsner. His career spanned many years in the construction industry as a carpenter, estimator, and project manager.

Richard was a long-time member of Evangelical United Methodist Church. He was a member and past president of both local and state Friday Optimist Club. Always open for adventure, he and his wife Gloria were world travelers. He enjoyed hunting, fishing and time spent with friends in cribbage club. In his earlier years he would build floats for the fourth of July parade. He was always willing to lend a helping hand.

He was loved dearly and will be sadly missed by his wife Gloria, of 67 years, children: Tim (Jin Feng) Nielsen, Jane Marshall; grandson, Johnathan; great grandson, Jesse; nieces, nephews' other relatives and many dear friends. In addition to his parents, he was preceded in death by his brother John and sister Lorraine.

Published by Racine Journal Times on Jul. 18, 2021.
To plant trees in memory, please visit the Sympathy Store.
MEMORIAL EVENTS
To offer your sympathy during this difficult time, you can now have memorial trees planted in a National Forest in memory of your loved one.
Funeral services provided by:
Maresh-Meredith & Acklam Funeral Home
MAKE A DONATION
MEMORIES & CONDOLENCES
3 Entries
Gloria, Tim and Jane, sorry for you loss. Thoughts and prayers are with all of you.
Doug Olivero
Friend
July 25, 2021
So sorry to hear of Dick's passing. My thoughts and prayers are with your family.
Jane Wilson
Friend
July 20, 2021
Prayers for all of you. Love You! God Bless you.
Wendy Savona
Family
July 18, 2021
Showing 1 - 3 of 3 results