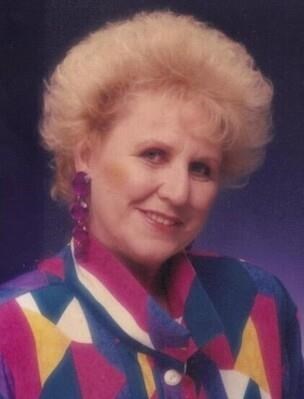 Milwaukee - Anne Jaster McBride passed away peacefully in her sleep on April 12 at the age of 92.

Her older sisters Adeline (Gaus) and Eleanor (Seidl) predeceased her.

Don and Anne loved to square dance, representing S. Milw in a number of events. During the 1960s the couple also owned a bar, Don & Annie's Doghouse.

Following her divorce from Don in 1983, Anne lived in Milwaukee where she worked for 18 years at Deltrol Controls as an inspector and many yrs as a Union Steward. She was also actively involved in the AFL-CIO District 10, Lodge 66, becoming the first woman to serve on its Board of Trustees.

After she retired she moved to Racine and worked with the Community Action agency. For the past 18 years she enjoyed living at Booth Manor in Oak Creek. She reconnected with Don following his relocation back to Milwaukee, until his passing in 2019.


To plant trees in memory, please visit our Sympathy Store.
Published by Milwaukee Journal Sentinel from May 14 to May 16, 2021.
MEMORIAL EVENTS
May
23
Celebration of Life
1:00p.m. - 5:00p.m.
Slick Willie's Bar and Grill
2301 12th Ave, South Milwaukee, WI
MAKE A DONATION
MEMORIES & CONDOLENCES
4 Entries
Susie, Bonnie, Donna and families... my sympathy to you at the loss of Annie. I have many good memories of being at your home when we were kids, and also by your Grandpa and Grandma, playing outside by the farm. May she Rest In Peace with your Dad.
Diane Look Palkowski
Family
May 22, 2021
Sending my sympathy to Annie's family. She was a sweet lady. We worked at Deltrol together. All my prayers.
Raylene Krzeminski
May 20, 2021
I'm sorry to hear of your moms passing. I just made McBride's chocolate cake last week and remember when she used to make goulash.
Cindy Lezala Zaren
May 18, 2021
Dear Susie, Bonnie and Donna, Your mother was a beautiful, strong woman with so many accomplishments in her life. She also was a special first cousin to my dad, Casey Kazmierski. So sorry for your loss.
Karen Workman
May 17, 2021
Showing 1 - 4 of 4 results