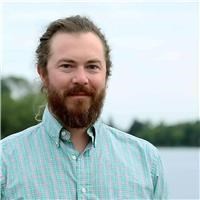 ABOUT
Oconomowoc High School
Dr. Benjamin Nelson Larsen was born in Waukesha, Wisconsin, on August 15, 1984, and left this world October 10, 2020.

Ben was a 2003 graduate of Oconomowoc High School. He received his degree in biology from Lake Forest College in 2007. As an undergraduate, he researched migratory birds and his findings were widely published. He studied marine biology in San Salvador, Bahamas. Ben continued his studies at the University of Wisconsin-Madison where he worked as a researcher in the department of ophthalmology. Ben received his medical degree from Chicago Medical School in 2013. While in medical school, he did a research fellowship in the department of immunology. After medical school, he completed a surgical internship at St. Joseph's Hospital and was a radiology resident at the University of Illinois at Chicago.

Most recently, Ben opened a medical acupuncture practice at 4 Rivers Center for Well Being in Oconomowoc. Additionally, Ben worked as a Medicare home health wellness physician. He loved his work; he was compassionate and a true healer.

Ben had a deep faith and he saw God everywhere in the beauty of nature. Ever since he was a small boy he was fascinated by marine life. Whether at home on Lac La Belle or at the family's Florida beach house, Ben was never happier than when he was on, in, or near the water. Swimming, snorkeling, scuba diving, sailing, boating, jet skiing, wake boarding - he loved it all. Ben spent many happy hours fishing the local lakes and in the ocean. Ben's favorite days were spent outdoors. At day's end, Ben could be found around a fire, grilling for friends and family.

Ben was a car, dirt bike and motorcycle enthusiast. He enjoyed travel and was interested in new places, people, languages and cuisines. He was a natural athlete and a skilled tennis player. A few years ago, he achieved his childhood dream and attended the French Open.

Ben will forever be missed by his devoted parents, beloved Anna, as well as dear family and friends. He will be remembered as an adventuresome, gentle, intelligent, brave, kind-hearted man.

Donations in Ben's memory can be made to a cause near and dear to Ben's heart:
Friends of Oconomowoc Parks and Trails
Memo- Ben’s fund at Rockwell Park
PO Box 903
Oconomowoc, WI 53066
www.oconparksandtrails.org

""For God so loved the world that he gave his one and only Son,
that whoever believes in him shall not perish but have eternal life.""
-John 3:16.
Published by Milwaukee Journal Sentinel on Oct. 16, 2020.
To plant trees in memory, please visit the Sympathy Store.
MEMORIAL EVENTS
To offer your sympathy during this difficult time, you can now have memorial trees planted in a National Forest in memory of your loved one.
MAKE A DONATION
MEMORIES & CONDOLENCES
21 Entries
Jay & Julie - I am so sorry. I was thinking of you randomly today out in Colorado where I live now and searched to see if you were still in Oconomowoc when Ben's obituary came up. Shock and sadness overwhelms me at this moment, not just for your loss but for the many years I let go by without seeing you or keeping in touch. Again, I am sorry. I pray that Ben's faith will comfort you in no small way with the knowledge we will be united one day with our heavenly father. Much love to you both.
Heidi Theis
Friend
February 16, 2021
Few words. We have been blessed with amazing sons who grew up in the best of towns. I hope they enjoy heaven together now, and I cannot wait for us all to be reunited! Love to you Julie and Jay. Keep sharing Ben. His legacy and life bless us all and the more others hear the better the world. Here for you always.
Tamara Swan
Tamara Swan
Friend
October 28, 2020
I am grateful that I met Ben in this lifetime, as one of his 4 Rivers friends, even if it was only for a short while. He was such a loving human being. Wherever he is now is lucky to have him:) I pray for peace for the ones left behind.
Deb Kahler
Friend
October 24, 2020
Peace
Craig freyer
Acquaintance
October 24, 2020
I loved Ben. He was my student at OHS. He was a great student and a joy to have in class. I remember him so well and even where this kind and capable young man sat. I have kept up with his schooling and profession through interactions with his loving parents. May he Rest In Peace and Rise in Glory.
Jackie Sargent
Teacher
October 22, 2020
Ben and I were classmates at LFC. We took a ton of classes together and worked together on projects in most of them. I loved him very much. We talked about Jesus together, and even did Bible study on occasion. We also had a lot of fun. I'm so sad to hear of his passing. I know him as a beautiful human being, and I thank God that I got to know him.

My family and I are medical missionaries. In May, we had to return to the States from Cambodia because a doctor here thought I had thyroid cancer (I had cancer when I was fifteen, thankfully, this ended up either being a false alarm or a healing, either way, glory to God). We sent an email out to all who receive our newsletter, and Ben has long been supportive. Ben reached out to me to ask how he could help while extending his love to me. I told him that we were okay financially, and that I wish I could give him a hug. His last words to me were, "...I could always send you a coupon/voucher for a hug ;) Happy hearing from you."

I hope to cash in that voucher in heaven. I love Ben. He was a wonderful man. I am so sorry for your loss. Praying for you now!

Ethan Helm
Ethan Helm
Friend
October 20, 2020
Jay and family, my family and church family will be praying for all of you during this time of grief and heartache. -Joye
Joye Esch
October 20, 2020
The world needs more healers and nature lovers, so it is profoundly sad to lose an exceptional human such as Ben Larsen. I send my deepest condolences to Julie, Jay, and the rest of Ben's family and close friends.
Joanne Perron
Friend
October 18, 2020 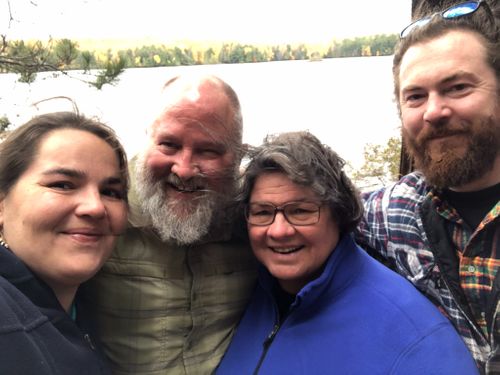 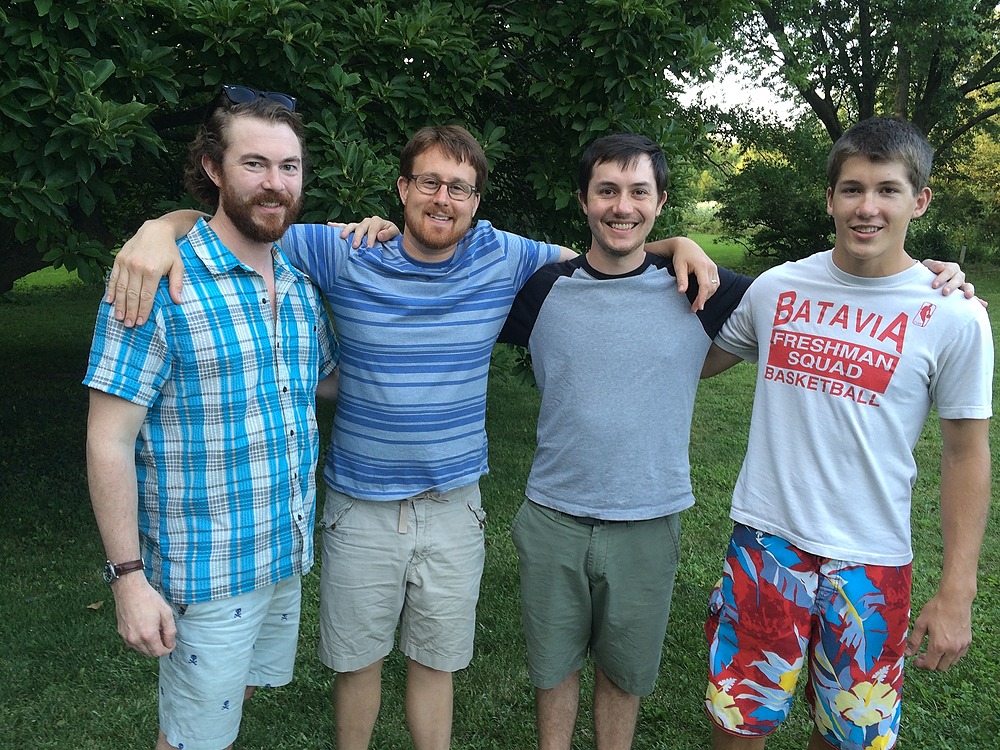 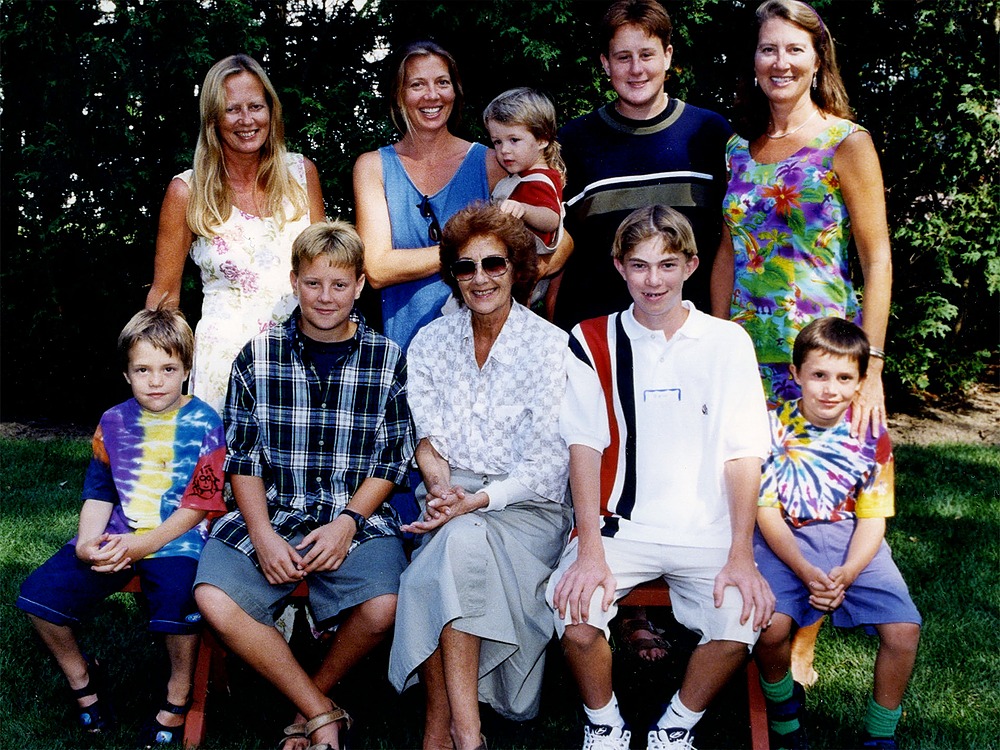 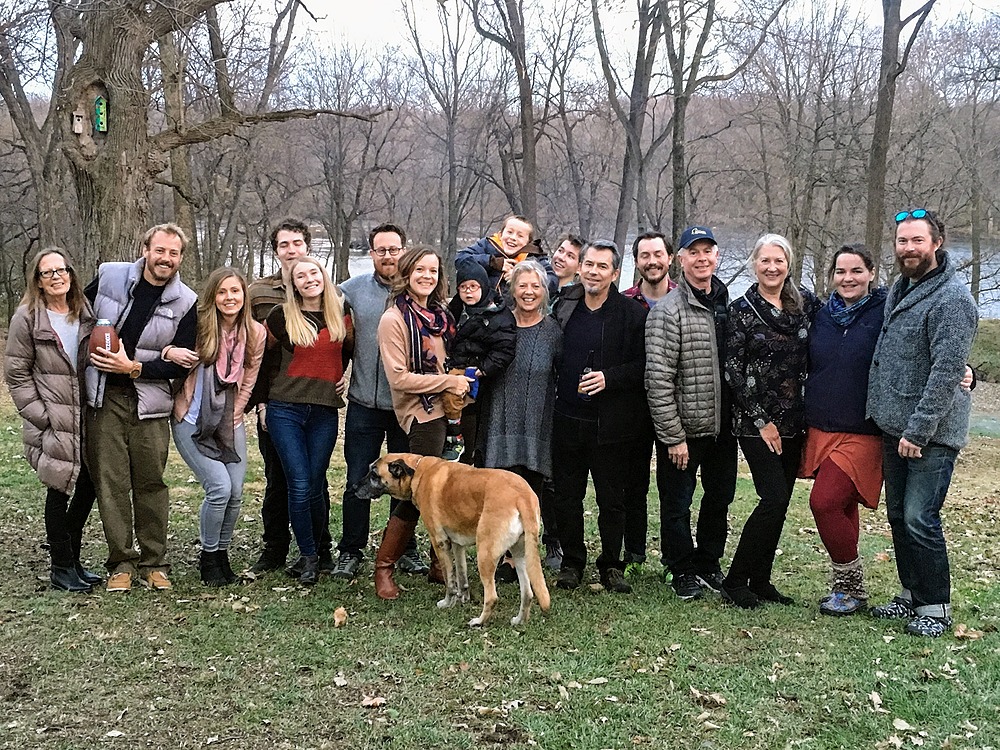 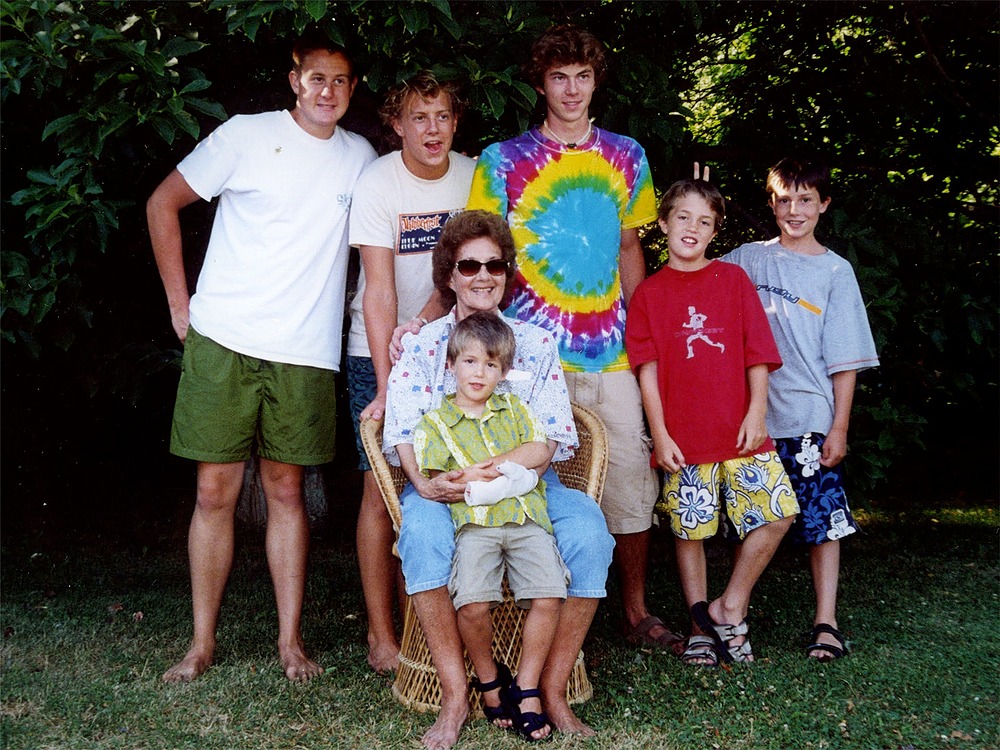 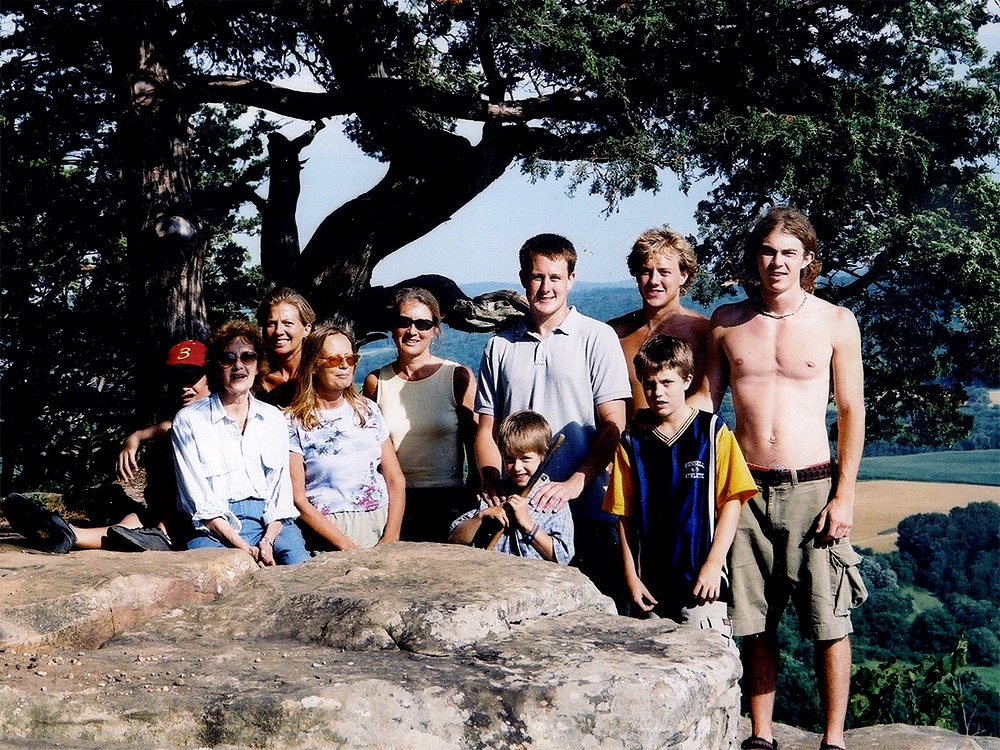 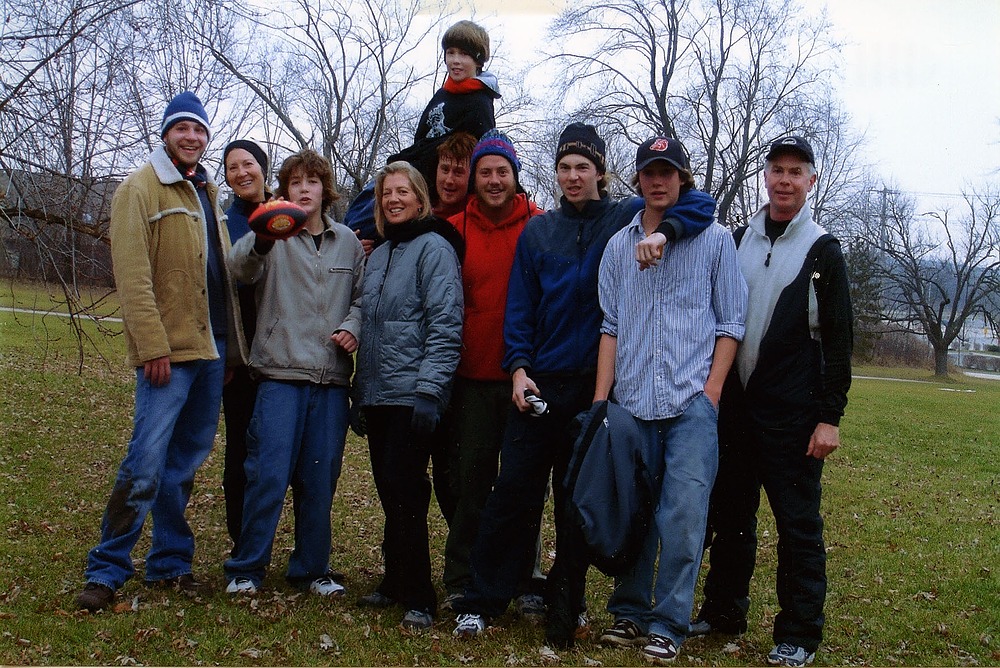 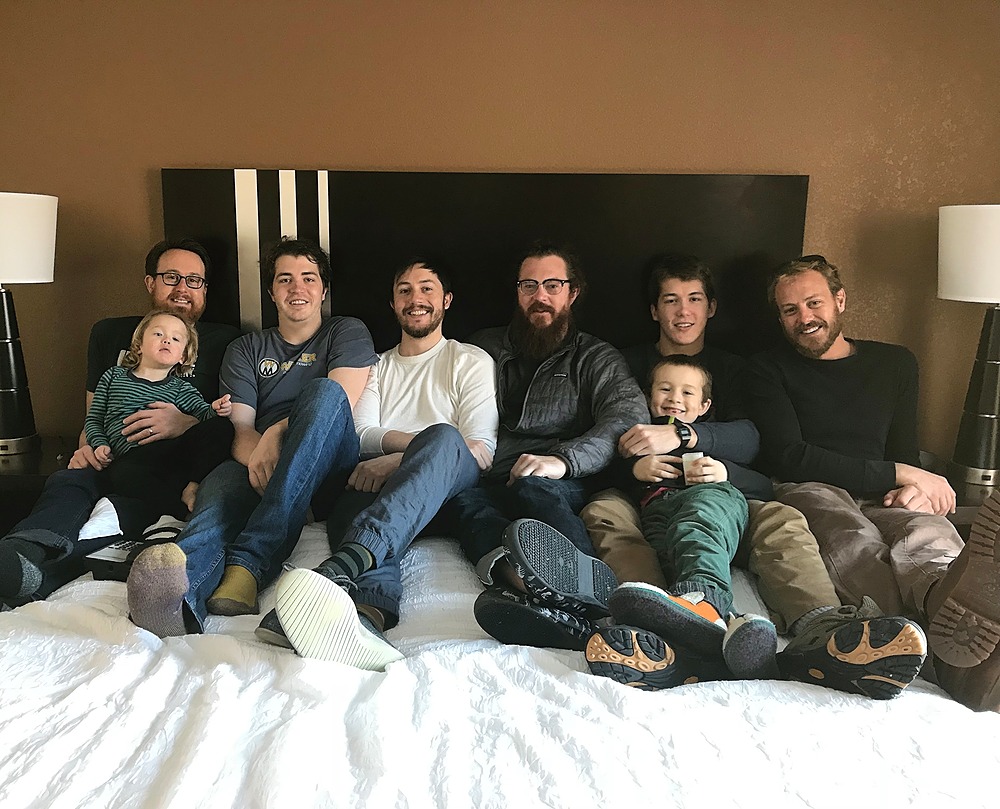 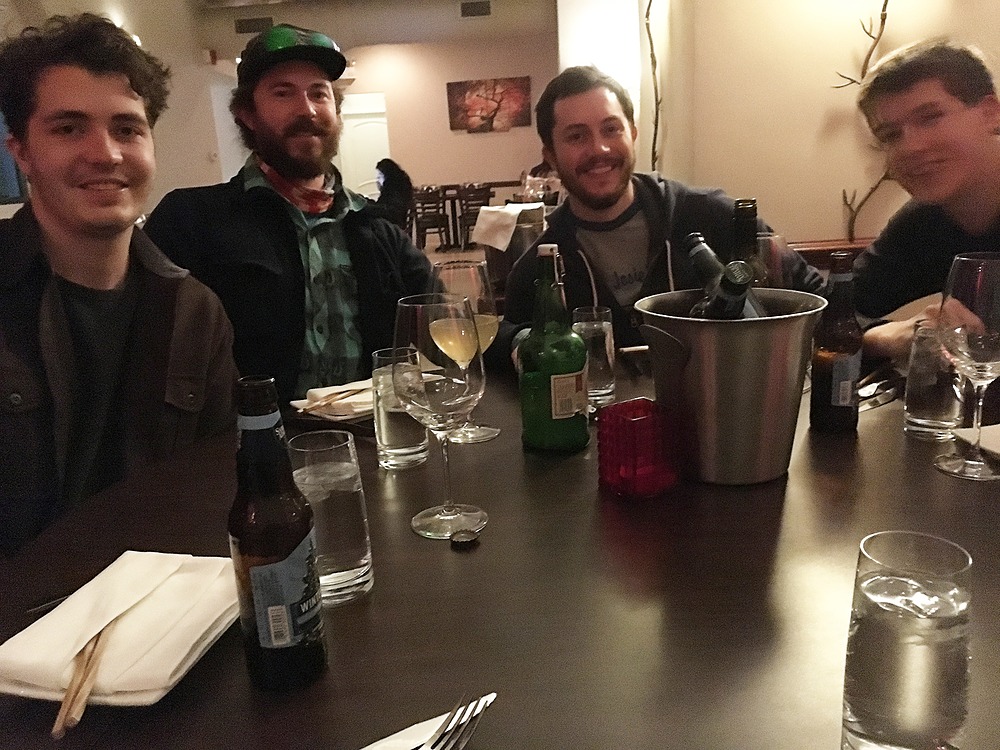 October 17, 2020
May God Bless you and forever hold you in the palm of His hands.
Shannon Renz (Schwenke)
Shannon Renz
October 17, 2020
The ancient Delphic maxim, "Know Thyself" calls a man to know his measure. At 36 Ben had emerged such a man. What additional great deeds Ben would have accomplished we will never know, but his life was already filled with adventure, excitment and discovery, especially that of the self. He packed more into 36 years than I have in 63 and left all of us with catching up to do. May his life not be measured in years, but in actions.

Please enjoy these photos and videos attached. A master album of photos will be forthcoming.
Charles Firth
Family
October 17, 2020
Showing 1 - 21 of 21 results