Frank J. Collins
1919 - 2019
BORN
1919
DIED
2019
ABOUT
MUHS
Collins, Frank J. , JD Oct. 2, 1919-Mar. 22, 2019; I have died. I give up my soul to the bountiful mercy of God. I was born in the reign of Pope Benedict XV. I died in the reign of Pope Francis. I was the man God wanted me to be. I was the husband who cherished his wife. I was the father who cared for his children and progeny. I was the patriot who served his country during WW II. I died with my honor intact. I was honestly and simply a man. Predeceased by: My parents, Felix and Krystyna (Binder) Grzybowski. My adoptive parents, John Collins and Zelma (Robert) Collins. My brother Felix Collins and Marietta (Eimermann) Collins. My brother Anthony Grzybowski, my sister Christine Collins. Survived by: My loving wife Dolores P. (Wodke) Collins. Four children: Patricia (Randy) Rohe, John Collins, Mike (Maria C.) Collins and Dan (Nancy Aten) Collins. Twelve grandchildren: Luke Heckenkamp, Jennifer Ortiz, John (Jessica B.) Heckenkamp, Joseph (Malwine Schmidt) Heckenkamp, Richard Heckenkamp, Adam (Maria S.) Collins, Patrick Collins, Peter (Sara W.) Collins, Anne Collins-Maher (Anthony Maher), Kateri (Greg) Martin, Mark Collins, James Collins; and eleven great-grandchildren. My adoptive father died on my first day of high school. The Jesuits became my "father" during my teens and early manhood at MUHS class of 1937, Marquette University (MU) class of 1941, MU Law School class of 1947, and my years as Director of Student Activities at MU 1947-1959. I served my country as S/Sgt. 531st Engineer Shore Regiment of The First Engineer Special Brigade 1942-1945. I was in seven major combat battles including four D-Day invasions of N. Africa, Sicily, Italy and Normandy. I was named an Honorary Citizen of Utah Beach by the mayor of Ste. Marie du Mont in 1984. I was awarded the Jubilee Medal by the president of Normandy in 1994. To all who brought happiness and joy to my life, you have my gratitude. To all who I may have hurt in any way, please forgive me. To all of mankind that I leave behind to enjoy God's beautiful world, I pray: May The Lord bless you and keep you. May His face shine upon you. May He be gracious to you. May He look upon you with kindness. And give you His peace. Memorial Visitation will be held on Saturday, March 30, at SAINT DOMINIC CATHOLIC PARISH, from 9:30 AM until the Mass of Christian Burial at 10:30 AM. A coffee reception will follow Mass. In lieu of flowers, the family welcomes donations in Frank's name to Saint Dominic Catholic Parish, 18255 W. Capitol Drive, Brookfield, WI 53045. Private inurnment at Southern Wisconsin Veterans Memorial Cemetery, Union Grove. 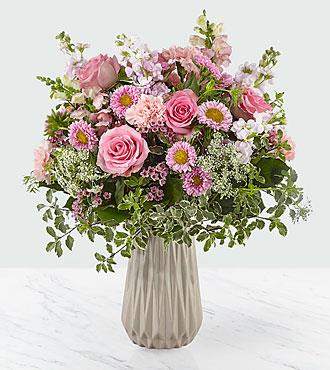