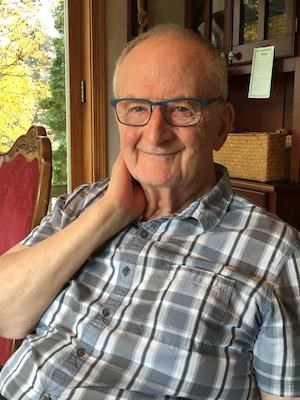 Mequon - It is with a great deal of love and sadness that we announce the passing of Harry Prosen on June 21, 2021, at his home in Mequon, Wisconsin, with his family present. Harry was born in 1930 in Saskatoon, Saskatchewan, to Eastern European immigrants. He lived the first part of his childhood in Calgary and eventually settled in Winnipeg, Manitoba, where he raised a family with his wife Yvonne. The son of a house painter, Harry was an outstanding student who received his MD from U of Manitoba in 1955 and completed a residency in psychiatry at the University of Chicago. He went on to lead departments of psychiatry for over 4 decades in two separate countries, first, In Winnipeg, Canada, at the U of Manitoba and then in Milwaukee at the Medical College of Wisconsin. He retired in 2003 and was bestowed the Distinguished Service award by MCW. His professional legacy includes being the past president of the Canadian Psychiatric Association, advocating for mental health awareness, producing numerous books and publications, helping to build the reputation of the departments he headed, while promoting research and overseeing the training of many future psychiatrists. Later in his career he became interested in organizations advancing a more humane world (World Transformation Movement in Australia) as well working with zoos to improve the lives and mental well-being of primate species in captivity - something he was tremendously proud of.

Harry was an avid reader and life-long learner, he loved fishing in Ontario and spending time with his wife's family, traveling around the world, and keeping an active intellectual engagement with friends and family through email. His true passion however, was spending time with his wife Yvonne and the rest of his immediate family, including visiting as often as possible with his 4 grandchildren - Benjamin, Mathilde, Leo and Jaevin.

Harry is survived by his four children, Patricia and her husband Doug, Jory and his wife Lolita, Deidre and her husband Michael, his son David; his sister-in-law, Jean Prosen, and nieces Leandrea, Jennifer and nephew Johnathon. Harry was predeceased by his wife Yvonne, parents Felix and Ruth Prosen and his brother Melvin Prosen.


To plant trees in memory, please visit our Sympathy Store.
Published by Milwaukee Journal Sentinel from Jul. 2 to Jul. 4, 2021.
MEMORIAL EVENTS
No memorial events are currently scheduled.
To offer your sympathy during this difficult time, you can now have memorial trees planted in a National Forest in memory of your loved one.
Funeral services provided by:
Blane Goodman Funeral Service - Mequon
MAKE A DONATION
MEMORIES & CONDOLENCES
Sponsored by Blane Goodman Funeral Service - Mequon.
1 Entry
Sorry to hear about your dad, Pat, what a great person.
Gordy Schubert
July 10, 2021
Showing 1 - 1 of 1 results