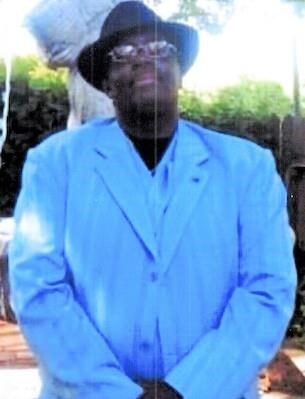 Jeffrey Cedric Blan passed away on April 26, 2021 in Santa Cruz, California. He was born on December 17, 1955 to Savella and Joseph Blan and was a native of Oakland, California. Throughout his life, he also lived in Los Angeles, California, Milwaukee, Wisconsin, Birmingham, Alabama, and Santa Cruz, California. He attended Rufus King High School in Milwaukee, Wisconsin and Santa Cruz High School. He worked as a San Francisco cable car driver, a San Francisco Muni driver, and a delivery truck driver. Jeffrey was an amazing singer, performer, and loved to travel. He was an active member in the San Francisco NA and AA Community Program. Jeffrey is survived by his special friend Sheila Lowrey and his ex-wife Sylvia Blan-Beard. He is also survived by his son Jerome Jeffrey Blan; daughters, Kayla Blan and Tamara Blan; brothers Arthur Blan, Montel (Patricia) Blan, Joseph (Deborah) Blan Jr., William (Evelyn) Blan, and Alfred (Gladys) Blan; sisters Gloria Blan, Janette (Leon) Blan-Williams, and Joyce Blan; many nieces and nephews. He is preceded in death by his mother, Savella Blan; father Joseph Blan Sr.; sisters Diane Barker and Helen Blan and his son, Cedric Blan. A Graveside Service will be held on Saturday, May 22, 2021 at 1pm at Soquel Cemetery. A Celebration of Life will follow at the Veterans Hall, 2259 7th Ave, Santa Cruz, California.


Published by Milwaukee Journal Sentinel from May 20 to Aug. 1, 2021.
To plant trees in memory, please visit our Sympathy Store.
MEMORIAL EVENTS
May
22
Celebration of Life
Veterans Hall
2259 7th Ave, Santa Cruz, CA
May
22
Graveside service
1:00p.m.
Soquel Cemetery
CA
Funeral services provided by:
Benito & Azzaro Pacific Gardens Chapel
MAKE A DONATION
MEMORIES & CONDOLENCES
Sponsored by Benito & Azzaro Pacific Gardens Chapel.
1 Entry
What do I sayMy uncle JeffreyHas always beenA special part of my lifeHe was my angelIn his lifetimeWe shared so many childhood stories like how he told the family I had ran away from homeAnd I was only twoMy uncle he was always there to Watch Over MeI love him deeplyHe taught me how to survive life in the streetHis heart was pricelessHe always talked aboutHowOur family was importantDamnAnd always wanted us to stay together with loveAnything wrong he made it rightWithin the familyI will truly miss my uncleI will remember everything that he taught meBut most of allI will missWatching him share his loveAnd to know him you love himAnd if you walked upon you and you had a problem his didn't even matterBecause he wanted to see you be happy that's that angelAnd I prayThat he will continueTo Watch Over MeAnd to keep me strongNo I knowThat he will always be thereBecause from the very startWe Are OneI love you Uncle JeffreyR i pAnd wait for me
Lavetta
Family
May 22, 2021
Showing 1 - 1 of 1 results