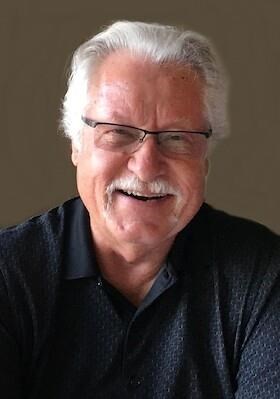 Waukesha - Passed away at the age of 73 on Friday, January 8, 2021, at his home surrounded by his family. He was born on June 11, 1947, in Highland Park, Illinois, the son of Bruce and Alda (nee Schoonover) Cliffe. On June 27, 1970, he married Karen Zahnle in Deerfield, Illinois. John earned his degree in architectural engineering technology from MSOE. He and Karen spent their early married life in Madison, Wisconsin, where he designed their first home. They were members at St. Paul's Catholic Church, regular attendees of the Madison Rep and UW Men's Hockey season ticket holders. In 1979, John joined J. H. Findorff and Son, Inc., as a project manager. He brought his family to Waukesha in 1987 when he was asked to become a founding member of Findorff's Milwaukee office. He felt privileged to work in the construction of many landmark buildings in Milwaukee. John retired after 32 years with the company. He and Karen were active members of St. Matthias Episcopal Church where John served on the church vestry. They were Milwaukee Rep season ticket holders and longtime UW-Varsity Band supporters. John was a member and former president of Waukesha Early Risers Kiwanis. He enjoyed golfing, traveling, and participating in multiple Corvette clubs. John was most passionate about hockey. He was a lifelong player in several leagues, a youth referee and coach, and a UW off-ice official. John will be remembered as a wonderful husband, loving father, grandfather, and friend. John will be deeply missed by his wife Karen ("K") Cliffe, along with their children Colleen (Andrew) Feldner, Elizabeth Cliffe (Keith) Kucharski and Ian (Ellie Martin) Cliffe. Grandchildren Wendy and Abby Feldner, Logan Kucharski, and Rowan Cliffe. He is further survived by his sisters Diana (Robert) Hunter, Nancy (Rick) Binder, Diane Kroll, PhD., and sister-in-law, Cathleen Coward. In addition to his parents and second father, George Kroll, he is preceded in death by his daughter Shonna and brother, Bruce A. Cliffe, Jr. Due to the current health crisis no services will be held at this time. A celebration of life will be held at a later date. Private family interment will take place at St. Matthias Episcopal Church's columbarium. Donations in John's name are appreciated to St. Matthias Episcopal Church (111 E. Main St., Waukesha, 53186).

To plant trees in memory, please visit our Sympathy Store.
Published by Milwaukee Journal Sentinel from Jan. 11 to Jan. 17, 2021.
MEMORIAL EVENTS
No memorial events are currently scheduled.
To offer your sympathy during this difficult time, you can now have memorial trees planted in a National Forest in memory of your loved one.
Funeral services provided by:
Randle-Dable-Brisk Funeral Home
GUEST BOOK
6 Entries
Oh, "K", I was so very sorry to read this; what happened? I was just delighting in the photo of your 50th wedding anniversary, and now John is gone. Please know you and your family have my deepest sympathy. Big hugs, Julie
Julie Wesson
January 17, 2021
We were so saddened to hear of John's death. He always seemed so strong, but the last year or so has been humbling to all of us. So many things to say. We so appreciated John's leadership and expertise at church. I don't know where we'd be without him. Every interaction we had with John, K, and your whole family was always so positive. We are Badger hockey fans and will miss looking for him on the broadcasts. (We heard today that he was saluted on the game broadcast last night, and our kicking ourselves that we failed to tune in.) In reading his obituary, we were impressed with what an accomplished life he lead. He (and all of you) have a lot to be proud of. Also, we had no idea he was such a band supporter. Our older son Kyle spent four wonderful years under Mike Leckrone's guidance and loved it all. K, our hearts go out to you especially during this time. We can't imagine how difficult this is for you and your daughters, their husbands and the grandchildren. Know that you are in our prayers and we look forward to the time when we can see you again and perhaps bid a final farewell to John with you and other mourners.
Scott and Nancy Peterson
January 17, 2021
So sorry to read of Johns passing. Worked many years with John at Findorff in Madison. My sympathy to you "K" and your family. Rest in peace John.
Karen Olson Levy
January 17, 2021
Very saddened to hear of John's passing, a good man who always had time to listen which is rare these days, enjoyed working with him and will always remember John sitting in his office going though drawings or walking job sights smoking that pipe (which he later quit). Prayers and strength to Karen and the family and all those whos John's life touched.
Steve Carlson
January 14, 2021
So sad to hear of John´s passing. I haven´t seen John in many years but did several projects with him as J. F. Ahern´s project manager when John was Findorff´s at the Milwaukee´s sewerage Jones Island facility. Was a great guy. Fun to be around and great integrity. He will be missed. My deepest sympathies to his family.
Norb Schmidt
January 13, 2021
We´re so sorry to hear of John´s death. He was a great member of our construction community. We´ll miss him at the Wednesday night golf league. It will not be be the same. Our prayers go out to you and your family. God bless.
Tom Miller
January 12, 2021