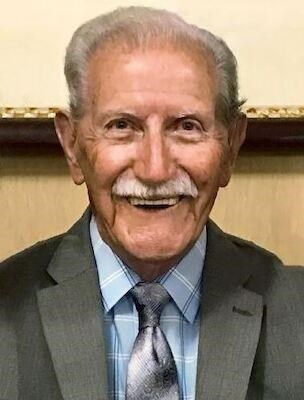 John N. Formolo, age 90, of Grafton, Wisconsin and Naples, Florida, passed away on May 12, 2021 in his Naples home with his family at his side following complications of pancreatic cancer.

John was born in Milwaukee, Wisconsin on December 10, 1930 to Northern Italian immigrant parents. His father, Natale Formolo, died before he was two years old. He was raised by his mother, Fiorenza (Florence) Formolo and became the embodiment of the American dream, rising from poverty to prominence through a life defined by hard work, staunch values, and unflappable character.

Shortly after completing high school in three years at Pio Nono and Pius High Schools in Milwaukee, John was drafted into the US Army and served a tour of duty as a tank driver in Alaska to guard against Russian action during the Korean War. In 1954, he opened a used car lot on the corner of 54th and North Avenue in Milwaukee, where he met the love of his life, Janet Klein, his wife of 65 years. John enjoyed a long and successful career in the car business, eventually owning his own franchise, Formolo Ford, at 15th and Silver Spring Drive in Glendale in the 1970s.

John was a valued member of numerous community service organizations throughout his professional life and in retirement, serving as President of the Automobile Dealers Association of Metropolitan Milwaukee, and on the boards of the Glendale Lion's Club, St. Francis Children's Center, and several condo associations. John was active in his Catholic parishes and was the de facto mayor of every neighborhood in which he resided.

His retirement years were spent pursuing his passionate love for the game of golf, playing in formal and informal leagues in Wisconsin and Naples with men who became lifelong companions and friends. After 70 years of practice, he finally achieved a hole-in-one at Club Pelican Bay in Naples on March 1st. Ecstatic beyond words, John exclaimed, "Now I can die a happy man!" His golf group at Pelican Bay has given their mentor and friend the lasting tribute of naming the annual John Formolo Memorial Tournament in his honor.

We trust St. Peter will answer affirmatively when this generous, good-humored man of faith arrives asking, "Do you serve Italians here?"

A Mass of Christian burial will be celebrated at St. Joseph Catholic Church in Grafton, Wisconsin at a date to be determined. Burial will be private. Updated listing will be posted at Fuller Funeral Home, Naples, https://www.fullernaples.com/listings. Donations in John's memory can be made to First Tee Southeastern Wisconsin, Wounded Warrior Project, or Family Sharing of Ozaukee County


To plant trees in memory, please visit our Sympathy Store.
Published by Milwaukee Journal Sentinel from May 14 to May 16, 2021.
MEMORIAL EVENTS
No memorial events are currently scheduled.
To offer your sympathy during this difficult time, you can now have memorial trees planted in a National Forest in memory of your loved one.
Funeral services provided by:
Fuller Funeral Home
MAKE A DONATION
Please consider a donation as requested by the family.
MEMORIES & CONDOLENCES
Sponsored by Fuller Funeral Home.
2 Entries
Gina & Formolo Family, Please accept my deepest sympathies. Keeping you in my prayers.
Kiki Crowley Schweitz
May 20, 2021
John Formolo was a very good friend, and a cousin to my wife Alma of 51 years. I enjoyed the moments I spent with John, and the game of FLOG we played each year. I deeply respected John for the business skills he displayed, having never received and MBA. God speed John & FORE.
James V. Landon
May 18, 2021