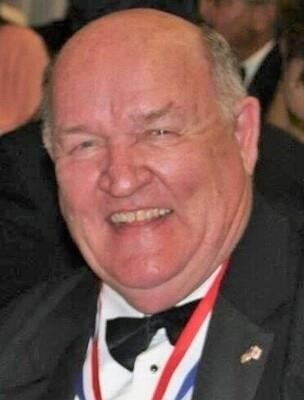 Simi Valley, CA - John Patrick Linscott 86, a resident of Simi Valley for 61 years, passed away on January 31, 2021 of COVID-19. He was born on October 26, 1934 in Milwaukee, WI. He was preceded in death by his parents, Raymond and Margaret, sisters Margaret Obradovich (Daniel), Mary Conarchy (William), Brother James Linscott CSC Norte Dame, Indiana and Robert Linscott (Bernice). John grew up in Milwaukee and that is where he married Gerda vonHoersten (deceased 1985) in 1956. They had 5 children together, Patricia Jones, Catherine Brethouwer (Todd), John Linscott Jr. (Karen), Marianne Plasecki and Karen Linscott. He was blessed with 8 grandchildren and 5 great-grandchildren.

John joined I.A.T.S.E. Local 33 in 1955 and worked for CBS TV in Milwaukee. He moved to CA in 1959 where he was an associate producer on Stump the Stars. Moved on to the Valley Music Theatre as the head sound man prior to becoming the Head Soundman and Production Manager at The Forum, which was owned by Jack Kent Cooke, home of the Lakers and the Kings. John worked at the Forum from 1966 - 1996 at which time he retired.

An active member of the Knights of Columbus #5803 where he was Past Grand Knight and Past Faithful Navigator. John was also a member of the Simi Valley Elks.

It can also be streamed at strosesv.com Go to Sacraments drop down and click on stream Mass.

In remembrance of John's life, the family asks that any charitable donations be made to the Knights of Columbus Council #5803.