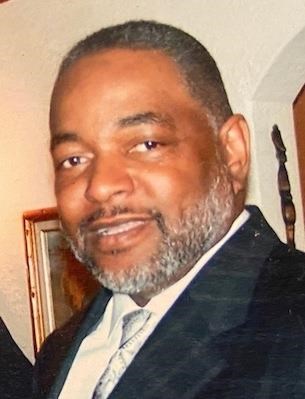 Mr. Neal was born the second of fraternal twins to Frances Elizabeth Neal and Murphy Blair.

John completed his education in Job Corp and took classes with G.T.I in Kenosha Wi and M.A.T. C in Milwaukee WI.

He was formally employed with American Motors Corporation/ Diamler Chrysler in Kenosha Wi. John was a union steward, and he was on the Civil Rights Committee and was elected to the Executive Board as a Trustee. John worked for AMC for 18 years.

When AMC closed John went to work for Operating Engineers Local 139 in 1990. He became a heavy equipment operator and was also a Certified Crane Operator. For I.U.O.E he was an Regional Organizer.

In addition to his parents he was preceded in death by his siblings, Benjamin, Anthony, Mary Jane and Willie James Neal.

John was cremated, a memorial fish fry will be held April 10th 2021 at his home in West Point MS.


To plant trees in memory, please visit our Sympathy Store.
Published by Milwaukee Journal Sentinel from Apr. 6 to Apr. 7, 2021.
MEMORIAL EVENTS
Apr
10
Memorial service
3:00p.m.
at his home
, West Point, Mississippi
GUEST BOOK
3 Entries
John and served together in the US Air Force. He's a remarkable/kind man and an exceptional friend. Rest in Peace, my brother!
Clovis (Jack) Jackson
Military
April 9, 2021
Good bye dear Brother, Though our time together was short, it was sweet. We love you. In loving memory. A & A Lynn
Agatha and Alvin Lynn
April 9, 2021
gone to soon,I'm going to miss you my brother/daddy.it is so hard to let you go don't know how to be ok with this.love you so much,see you on the other side.
Joyce Jackson
April 7, 2021