Fr. Melvin Michalski
1943 - 2018
BORN
1943
DIED
2018
FUNERAL HOME
Joseph E Sass Funeral Home
1019 West Oklahoma Avenue
Milwaukee, WI
Michalski, Fr. Melvin Peacefully entered eternal life on May 20, 2018 at the age of 74; one day before his 75th birthday. He was born on May 21, 1943 in Milwaukee, WI to the late Regina (Nee Behling) and Henry J. Michalski. Mel began his priestly formation at St. Francis de Sales Minor Seminary (1957-61); he next attended DeSales Preparatory (1961-62). He studied at Saint Francis de Sales Seminary for two years, 1962-1963, before transferring to Canisianum, Innsbruck, for completion of his studies, 1963-1970. Mel was ordained to the priesthood on February 28, 1970, at Canisianum, Innsbruck, Austria, by Most Reverend Paul Rusch, Bishop of Innsbruck. Mel was appointed on August 11, 1970, to serve as associate pastor at St. Louis Parish, Caledonia, and on June 18, 1974, as appointed to the faculty at St. Joseph High School, Kenosha. He was released on June 16, 1981, to undertake graduate studies in theology, and was appointed on June 16, 1987 to the faculty at Saint Francis de Sales Seminary, St. Francis. While remaining a seminary faculty member, Mel was appointed on July 1, 2003, to serve as vice-rector at Saint Francis de Sales Seminary. On July 1, 2007, he was appointed a professor for Sacred Heart School of Theology, Hales Corners. Mel also served for a period of years as the assisting priest at St. John Nepomuk, Racine. Mel had a strong determination to always get to the source, which led him to his doctoral thesis and to study with Karl Rahner in Innsbruck. Mel became fluent in German and later co-edited a book about Rahner entitled Encounters with Karl Rahner; Remembrances of Rahner by those who knew him. Mel lived theology on a personal level and truly was a holy man. He possessed the ability to delve into theology on a personal level, and to the end Mel spoke about the innate ability of human beings that allows us to discover God's presence and to make a personal response to it. Mel was preceded in death by his sisters Judith Lavorato of Salinas, CA and Rita Michalski of Milwaukee, WI. He is survived by his nephew Leonard Lavorato Jr. of Salinas, CA, niece Lisa Bennett of Katy, TX and other relatives. Mel is further survived by many individuals who had the pleasure of knowing him. He had a keen intellect and advanced the study of theology through his dedicated teaching and research with numerous students having the privilege of studying with him. Extremely well liked and respected, he was an excellent priest. Mel was a warm and thoughtful friend; his grace touched so many. His gifts of humility, humor and love were appreciated by all with whom he came in contact. We are thankful for the wonderful memories and rejoice in his joining God in the kingdom of heaven. Visitation will be at St. Anthony Church, 1711 S. 9th Street, Milwaukee, WI 53204 on Tuesday, May 29, 2018 from 10 - 11:45 AM followed by a concelebrated Mass of Christian Burial at 12 PM. Burial at Holy Trinity cemetery will follow mass.

Gabriele
Gabriele Pöder
August 22, 2018
Thank you Father Mel for always believing in me. You were always there to lend an ear and I'll forever be grateful.
M Obermann
Friend
May 28, 2018 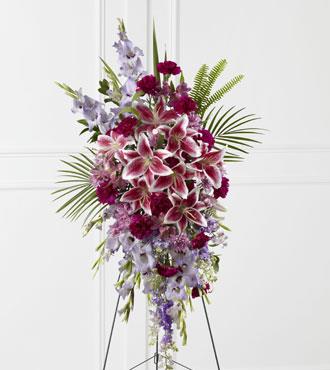 a loved one
May 25, 2018
Father Mel was the kindest person of whom I had the privilege to know. My only regret is that I did not meet him earlier.The fondest memory I have is when he said prayer at Lisa and my wedding. He is with God now, along with the rest of his family of whom passed on before him. He will be greatly missed by many.
Clint Metz
May 23, 2018
Showing 1 - 4 of 4 results