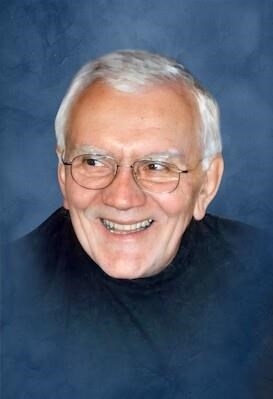 He attended La Porte High School and Marquette University. Richard married Lois Brehm on July 11, 1964, in Rickardsville, Iowa. He served in the U.S. Army from 1961 - 1964. Richard was a Business Systems Analyst at Miller Brewing Company. He was a member of the Badgerland Striders, and enjoyed running, golfing, and sports in general.

He is survived by his wife Lois, two sons: Kevin (Alissa) of De Pere, and Mark of Eden Prairie, MN. Grandchildren: Danica Goluch and Nevaeh Goluch. His siblings; Joseph of California and James of Pena, Illinois.

Richard was preceded in death by his parents, his in-laws; William and Cecelia Brehm, as well as his infant grandson Malachi.

Friends may call after 10:00AM on Friday, July 23, 2021, at St. John the Baptist Catholic Church, 2597 Glendale Ave. Green Bay, until the Mass of Christian Burial at 12:00PM with Fr. James Lucas officiating. Please go to www.ryanfh.com to send online condolences to the family. Ryan Funeral Home, De Pere is assisting the family.

Special thanks to New Perspectives and Unity Hospice.