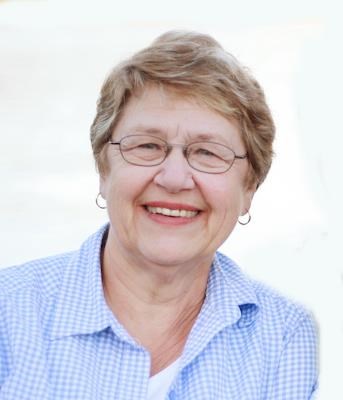 Preceded in death by her parents George and Violet (nee Valcq) Nagler and grandson Joe Marek.

Rita was born in Menominee, MI, where she grew up and played the organ in church. She graduated from college at UW-Oshkosh, during which time she also met her husband, Jim. They raised their family in Oshkosh and Neenah, WI, and Rita was a first-grade teacher at Sunset School for many years. Following retirement, she enjoyed being with her grandchildren and was an invaluable pillar of support for her kids' young families. After Jim's passing, Rita's faith and fortitude helped her move on to the next chapter of her life, when she moved to Pewaukee to be closer to her grandkids. She was actively involved in their lives and supported them at many sporting and other events. She also gave back to the community as a volunteer at Elmbrook Hospital.

An overriding theme of Rita's life was her strong and unwavering faith. This was true as she was growing up, raising her family, and being a part of her church community. As an active member of Queen of Apostles Catholic Parish, Rita made many wonderful friends and was very involved. She always loved being in the choir and was a wonderful singer. As a member of the knitting group, she helped make many items that found great homes as donations to community organizations. Rita was a very giving person, always thinking of others rather than herself, and was loved by many.
Visitation at Queen of Apostles N23W23360 Capitol Drive in Pewaukee, WI, on Thursday, May 20, from 4- 7PM. Mass of Christian Burial at Queen of Apostles N23W23360 Capitol Drive in Pewaukee, WI on Saturday, May 22, at 11AM.
In lieu of flowers, memorials appreciated to either Audrey Hohenwalter Endowment Fund c/o Children's Hospital and Health System Foundation Attn: Jay Blankenship (PO Box 1997, MS 3050 Milwaukee, WI 53201-1997) or Queen of Apostles Church.

To plant trees in memory, please visit our Sympathy Store.
Published by Milwaukee Journal Sentinel on May 16, 2021.
MEMORIAL EVENTS
May
20
Visitation
4:00p.m. - 7:00p.m.
Krause Funeral Homes & Cremation Services
21600 W. Capitol Dr., Brookfield, WI 53072
May
22
Mass of Christian Burial
11:00a.m.
Queen of Apostles
N23W23360 Capitol Drive, Pewaukee, Wisconsin 53072
Funeral services provided by:
Krause Funeral Homes & Cremation Services
MAKE A DONATION
MEMORIES & CONDOLENCES
Sponsored by Krause Funeral Homes & Cremation Services.
2 Entries
My condolences Mark, Lisa and Eric on the passing of your mom Rita. I remember her like it was yesterday. She and your dad always made us neighborhood kids so welcomed at your house. Such good times playing games, having cookouts and just watching TV together. My parents will be reunited with there good friends and neighbors the Hohenwalter's. Take care and may God comfort you and your family through this difficult time in your life.
Luanne Stoeger (Erdmann)
Neighbor
May 17, 2021
Dear Mark, Lisa,and Eric:
I was sorry to read of your mom’s death. I was a grade school classmate of your father at Sacred Heart in Oshkosh.
We met your mother at a class reunion and had the opportunity to see more of her when we continued to get together for lunches and what became an annual fish fry each summer hosted by Jim Robl, another classmate. We “girls” always enjoyed our visits with your mom. She was a lovely lady. I’m sure that you and your children will share many memories of their grandparents.