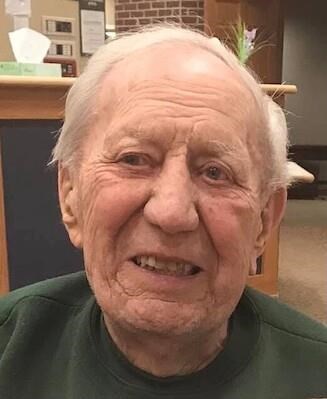 On the evening of April 5th, 2021, Sylvester "Sy" Henry Stel, 91, passed away peacefully at Markesan Resident Home. He was born in Princeton, WI on January 24th, 1930, to Helen M. and Phillip A. Stelmacheski. He attended high school in Markesan, WI. As he grew up on the farm in Green Lake County, his love for the land developed into a lifelong commitment to conservation, including hunting, fishing, and trapping.

During his time serving in the Army (1951-55) he trained in and later taught electronics. His service to his country also included heavy artillery training. Sy received multiple technical certifications as an engineer and mechanic throughout his lifetime. In the early 1960s, Sy worked at Johnson Controls in Milwaukee, on a team developing electronic control parts for the moon landings. In the late 1960s to the early 1970s at Hamlin, Inc. in Lake Mills, Sy worked on projects developing early LED and LCD component technology. His professional career included work in advanced optical systems. He retired with the U.S. Department of Defense as a quality control supervisor for the Defense Logistics Agency in the 1990s.

Sy's later life was spent on the farm raising crops, tending to his yard and fruit orchards, keeping honey bee hives, and trying to keep the deer out of the pumpkin patch he grew for his granddaughters. He volunteered with St. John the Baptist Catholic Church, teaching religious education classes, installing the church's first sound system, and helping out with Bingo. He also became an active member in the Princeton American Legion Post. His family will keep these and countless other memories close to their hearts.

Funeral mass will be held on Saturday, April 10th at St. John the Baptist Catholic Church in Princeton, WI at 11 AM. Visitation to start at 10:00 AM and burial to follow services.

Services are entrusted to Wachholz and Sons Funeral Home in Princeton, WI.