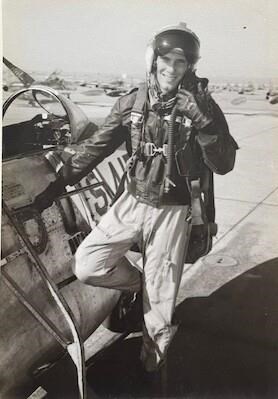 A graduate of Dartmouth College and its ROTC program, Bill became a USAF F86 jet fighter pilot and was very proud to serve his country. He later joined the Michigan Air National Guard who called him back to active duty during the Cuban Missile Crisis, serving as a Search & Rescue pilot. Thereafter, he flew aircraft all over the world in support for those fighting in the Vietnam war.

Bill and his wife Carolyn were founders of the Southeastern Wisconsin American Anglican Church's Wisconsin Chapter (SEWAAC) resulting in establishing St. Michael's Church in Delafield, WI. In civilian life, he was executive Vice President of the former Wisconsin Malting Company and later specialized in the phosphatizing sales industry with Texo Corporation.

Bill cherished his wife and family and was dearly loved by them.