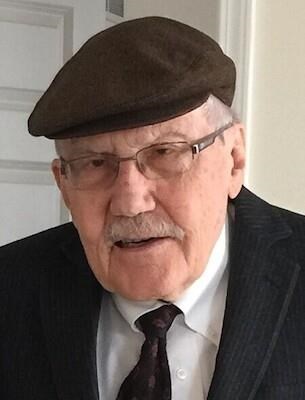 William "Bill" Judson Wainwright, age 85, passed away peacefully on November 5, 2020, at his residence at Eastcastle place. Bill was born in Kokomo, IN on February 14, 1935. He spent most of his childhood in Connersville, IN followed by Kirkwood, MO.

He received his BA from Kenyon College in Gambier, OH and from there he went on to earn his PhD. at the University of Michigan in Ann Arbor. During that time, Bill married Eleanor "Mimi" (nee Skinner) on June 28, 1958 with whom he was happily married for over 60 years until his passing.

Bill's early years of teaching were at Dartmouth College in Hanover, NH as well as the University of Illinois in Champaign-Urbana. In 1968 he accepted a position in the Philosophy Department at the University of Wisconsin-Milwaukee where he remained until his retirement.

Over the years Bill published numerous articles as well as 13 books including Reason and the Heart, one of his most celebrated publications and Monotheism and the Hope in God, published in 2020. He had a great influence in the field of ethics and philosophy of religion with a keen interest in 17th and 18th century theology (especially Jonathan Edwards).

During Bill's tenure at UWM he was named a distinguished professor. After his retirement he was the recipient of the Ernest Spaights Plaza Award which is the highest honor the University bestows on any member of its community for having made significant and lasting contributions to UWM.

In addition to his long career, Bill was a huge supporter of the arts, a world traveler and a generous contributor to social concerns (Sojourner Truth House, Hunger Task Force and Planned Parenthood to name a few). He was also an active member of St. Mark's Episcopal Church since 1968.

In addition to his wife Eleanor, Bill is survived by his brother Alan, daughters Rebecca Wainwright and Sarah (Steve) Nivaud and grandchildren Chantal (Seth) Karl and Nicholas (Alexis) Nivaud.

In lieu of flowers, donations may be made to Sojourner Family Peace Center—Milwaukee and/or to St. Mark's Episcopal Church (Downer Avenue).

Published by Milwaukee Journal Sentinel from Nov. 6 to Nov. 8, 2020.
To plant trees in memory, please visit the Sympathy Store.
MEMORIAL EVENTS
Nov
11
Service
St. Mark’s Episcopal Church
WI
Funeral services provided by:
Feerick Funeral Home - Shorewood
MAKE A DONATION
MEMORIES & CONDOLENCES
Sponsored by Feerick Funeral Home - Shorewood.
10 Entries
I knew Bill back in the days when I was a young, aspiring philosopher. I knew and admired his work. I was very honored when he cited my work in Reason and the Heart. At a professional society that we both attended, he invited me to lunch. He was kind, gracious, and very encouraging. I have never forgotten it, nor will I forget him.
Robert Holyer
Acquaintance
December 5, 2020
Bill was a great guy and a fun participant in my exercise classes at Eastcastle! His Iowa stories always made me smile and his dedication to his work always impressed me. He will be missed!
Willy Henrich
Friend
November 17, 2020
I arrived at UWM in 2009 as a masters student. I came from a tiny liberal arts college, and I hardly knew what to expect. Even though he was retired, Bill met with me and we talked about philosophy for over an hour. I have many bright memories from my time at UWM. That conversation in Bill's office - his interest in me, his advice about being a philosopher and a good colleague - was certainly one of them. My deepest condolences to his family and friends. It is a great loss.
Amy Flowerree
Student
November 16, 2020
I will always be grateful for Bill's kindness, gentleness, and warm smile, as well as for his long personal and professional relationship with my Dad, who cared deeply for Bill. My condolences to Mimi, Rebecca, Sarah, and the entire family.
Sonia
Friend
November 15, 2020
Bill already had retired when I joined the UWM Department of Philosophy a dozen years ago, but he remained very active philosophically, including attending numerous talks (and asking many questions!) and writing more books post-retirement than most philosophers write during their entire careers. He also was one of the warmest people I've ever known, unfailingly friendly and in good humour. He always smiled and laughed a lot during our conversations.
One of my fondest memories from my time at UWM is a wonderful dinner with him, his wife Mimi, and a visiting philosopher friend (all University of Michigan alumni).
I'll miss him a lot -- as will everyone who knew him in the Department of Philosophy at UWM.
Blain Neufeld
Coworker
November 9, 2020
May God bless you and your family in this time of sorrow.
MARY KISSINGER
Friend
November 9, 2020
I remember Bill fondly, a wonderful colleague and friend. We shared an interest in philosophical aesthetics, the art world jazz. I remember our warm conversations and learned much from him
Bernie Gendron
Coworker
November 8, 2020
R.i.p Bill, I wish family and friends all the strenght to go through these hard and sad times. An old friend.
Rik Wesselius
Friend
November 8, 2020
A scholar and a friend. Life well done.
Forrest Wood
Friend
November 7, 2020
Bill was a gentleman and a scholar. Some of us aging philosophers won't ever forget his alarmingly sharp mind (always shared in kindness, even when bringing ruin to some belief we hadn't handled to his standards), and in my case there was ever so much else that mattered less but will always come to mind -- his great deep voice, his envious mustache, his good sense of humor, his readiness to talk about Mimi. I shall always cherish one memorable day when Bill and I found ourselves heading the same way, and walked what must have been 25 miles together (where this out-of-the-way place was, I can't any longer reconstruct), talking about everything under the sun -- from God (of course) to cooking to human freedom (of course) to our wives to Jonathan Edwards (of course) to the value of being outdoors. // My sincere condolences to Mimi and the family. Bill was a jewel here below, and heaven is brighter today. I can't wait to see him again. -- Jan Cover, West Lafayette IN / Purdue University
Jan Cover
Friend
November 7, 2020
Showing 1 - 10 of 10 results