BORN
1947
DIED
2011
Doloresa Cadiente-Hardin was born in Juneau, Alaska on January 6, 1947 and passed away in Seattle, Washington at the University of Washington Medical Center on December 5, 2011 at the age of 64, with family members by her side.

Doloresa was Teikweidi (Eagle/Brown Bear) clan and was given the name Gludus, carrying the name of her grandmother Annie George Hunter of the Xoots Hit, Brown Bear House of Angoon, and child of the L'eeneidi (Raven/Dog Salmon). She was raised in Juneau where she attended St. Ann's Parochial and Juneau-Douglas High School before receiving her GED. She attended Juneau Community College, University of Alaska Southeast, University of Oklahoma, and the National Judicial College. She retired from the State of Alaska Department of Public Safety and Juneau Superior Court System.

At the time of Doloresa's passing, she was Chief Justice of Tlingit and Haida Central Council and the President of the Juneau Tlingit & Haida Community Council.

Doloresa received many awards and recognitions, including AWARE's Women of Distinction and the Juneau Lion's Club Walter Soboleff Award.

She was a member of the Douglas Indian Association and the Indipino Community, a delegate of Juneau Tlingit & Haida Central Council, and shareholder of Sealaska Corporation and Goldbelt, Inc.

Doloresa believed that in order to build a strong community the community needs to work together with parents in the lead to provide protection and safety for children and to provide positive supports to strengthen families. "Neither can exist without the other. If our children and families are strong in body, mind and spirit, our families, clans and community will be strong."

Doloresa's favorite title was "Grandma." She loved spending time with her family. She enjoyed canoeing, reading and making regalia.

She is also survived by Sylvia and Florio DelaCruz on her father's side, and extended family members: Paula Bayou, Paula Cadiente, and Ralph Beierly, Sr.; and life-long friends Carmen Quinto-Plunkett, Frances Perkins, Joyce Kitka, and Alberta Aspen; and many more cherished friends who she greatly loved and who love her.

The family extends its love and appreciation to the many Brothers and Sisters and family advocates that continue to work tirelessly for our people.

Published by Juneau Empire from Dec. 14 to Dec. 21, 2011.
To plant trees in memory, please visit the Sympathy Store.
MEMORIAL EVENTS
To offer your sympathy during this difficult time, you can now have memorial trees planted in a National Forest in memory of your loved one.
MAKE A DONATION
MEMORIES & CONDOLENCES
32 Entries
wisdom for us all to learn, was one of her many gifts she shared with us....
I miss her strength very much.
vaughn chilton
September 9, 2012
Deloresa actually told me when i was 15 that I couldnt be her daughters friend. I was caught speeding and had to go to court. I had told her when i picked up Selena for school that yes I had a license. My dad came to court told the judge that 'my daughter has always demonstrated responsibility, is in sports and works after school and when she makes a mistake she learns from it." Deloresa told me I had my parents 'snowballed'. Deloresa was my first letter of recommendation to college, not just for my Associates, but also for my Nursing degree. I worked to change her opinion of me and am proud to say I did. Even when she was as ill as she was, she was going to help me with my Master's program. She has/had faith in me, and working towards that trust was worth the time. I know my parents love, trust and have faith in me and the decisions i make. But what she said to me at 15 yrs old inspired me to be better. I love her for that.
Allison Shane
August 31, 2012
My sweet Aunty.. I hope you mom and Jud and Grandpa aare together on a cloud pain free ,.. keeping eachother company,..
tina cadiente
August 31, 2012
Hello, all,
I will print these messages for our mother and Vern to read. God's word assures His people that in times like this we will know a peace that is beyond human understanding. Your words, thoughts, prayers, and memories capture our tears. Missing her would be too much to bear alone...so we are grateful for our community's love.
Gunalcheesh ho ho!
The Family of Doloresa Cadiente-Hardin
December 30, 2011
My prayers and condolences to the Cadiente family.
Thelma Charles
December 27, 2011
My love and prayers go out to family. Christalena Curd (Mazon)(Knoxville,Tn.)
December 27, 2011
~Cadiente Family,

The Bradley Family, we are sending our condolences to each of the Cadinete family members from the youngest to oldest. The loss of Gludus is the child of the Leineidi'Raven/Dogsalmon), she will be for every in our thoughts and prayers.

~Bradley's, Seattle Washington
Annie Bradley
December 26, 2011
Our condolences & prayers to the family
Stella Howard
December 25, 2011
I just learned of the grievous loss of your beloved family member. I was traveling and didn't learn about your loss until today. She was a source of strength to me these past 2 years where I have been battling health problems also. It has been an honor to having a great friend. Our heartfelt condolences to the Cadiente family.
Our deepest regards, Al Castillo & family
Al Castillo
December 24, 2011
My heart felt condolences to the Hardin and Cadiente family. Doloresa was a wonderful person and because of that we will always have fond memories of her.
Roberta Paulo Hays
December 21, 2011
Condolences to the Hardin and Cadiente Family. Doloresa was an amazing person; she did so much for the Native community and Juneau. She will be missed.
Marion Berry
December 21, 2011
I am very sorry to hear of the passing of Doloresa, and although this is a very sad time I know that she will be looking down with smiles and happy thoughts for you and your family.
Scotty Paulo
December 19, 2011
so sad to hear of delores . my prayers,and thoughts to the cadiente famliy dann paulo, and famliy
December 17, 2011
Rest in peace. Lots of love and prayers go out to the loved ones during this time. Best regards, Sharon Marvin family
Sharon Marvin
December 16, 2011
Peace be with you Doloresa. We will miss you until we meet again. Love,
Bob & Alana
December 16, 2011 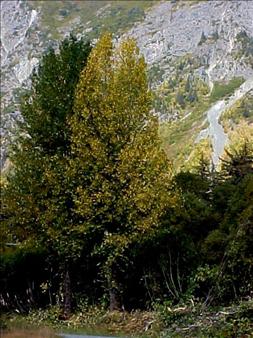 “The groves of trees were God's first temples."

While we are mourning the loss of our Dear friend, others are rejoicing to meet her on the other side of the forest
ANS Sister Peggy Ormasen Camp #5 Haines Alaska
Peggy Ormasen
December 15, 2011
Love and prayers for the family especially her mother Mrs. Irene Cadiente and her husband Vern Hardin.
Joyce Skaflestad
December 15, 2011
I miss you grandma. i still cant believe your gone. alex misses you alot and wishes you never left but at least your not in anymore pain. i wish i could of you seen you one more time before you passed. i love you grandma and i always will. Love always your Grand-daughter
Corrina Beierly
December 15, 2011
I remember Doloresa as an amazing fitness guru. Before the Alaska Club was in downtown Juneau, we drove out to the Racket Club three mornings a week to take her exercise class. Part dancer and part drill instructor, Dolores gave us a great class, always considerate, though never patronizing, to a studio full of women "of a certain age." She was compassionate, funny, encouraging and relentless. Hers was the best workout of its kind I've ever experienced, and although we groaned a lot, we all loved her. I will always see that long pony tail swinging as she energetically led us through our paces.
Renee Guerin
December 14, 2011
To the Family of Doloresa,
I will never be able to fully express the deep love and respect that I have for this wonderful woman. Doloresa was the embodiment of a "Wise Woman". She taught us all so much and always with dignity, grace and good humor. I will miss my friend always. My heartfelt condolences to her family. Thank you all for sharing her with us without complaint. Doloresa will be spending Christmas with the Lord this year. It must be amazing.

Johanna Dybdahl
December 14, 2011
My Hugs and tears for my relative that gave to her entire community, I appreciate all that recognized the legacy she left for all that knew her!!!
Lavina Jack
December 14, 2011 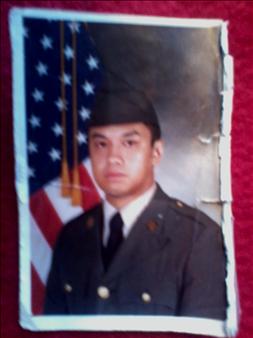 Sam Mazon
December 14, 2011
Love and prayers to the family!!
Sheri Singson
December 14, 2011
my heartfelt thoughts and prayers go out to all the family & friends of Doloresa,,,she is a wonderful woman with a big heart and always had a smile...she will never be forgotten,,,
Tawna
December 14, 2011
Doloresa's life was an inspiration and a challenge to me. I will hear her words of counsel forever. I was privy to hours of laughter, debate and problem solving between Doloresa & 'my' Barbara Lewis..... I never imagined their friendship would continue on 'the other side' so soon. The void is filled with strong memory. My love's with these great ladies, my prayers are with Vern and her wonderful family.
Carol Lawrence
December 14, 2011
I was fortunate enough to be on a team that traveled to a couple places for meetings with Dolores. At the end of the day...I'd ask her what do you feel like doing? Home of the Cardinals, we went for a carriage ride, in Sanantonio, we would ride 3 days in a row on a mote around this beautiful town...Dolores will be so very missed! Her straight forward strength and gift of speaking will forever and always be a goal for all of us to create in our selves. I am pleased to know she will be forever a gaurdian angel for all of us.
Susan Brouillette
December 14, 2011
What a loss for all her family, friends, community and state. Even though I haven't seen Doloresa very often in the past few years I will miss her dearly. My love goes out to Vern and all the family. You are in my thoughts and prayers.
Kandi Anderson
December 14, 2011
My family and I will keep Doloresa and her extended family in our thoughts and prayers.
Joseph LoCasale
December 14, 2011
Prayers and hugs for all who are affected by the passing of this amazing woman. Her presence and respect were hand n hand. I pray for a safe journey home Doloresa...
Mary
December 14, 2011
I will say prayers for the entire family. Like a stream flowing back to the ocean, her soul has moved to the Lord.
Marylou Miller
December 14, 2011
I worked with Deloresa on several committees when I first moved up here (many years ago). She so patiently educated me on the issues that the Alaska Native Population was facing. She was a true leader and educator. Her passing is a great loss. My sincere condolences to her family and friends.
Rachel Roberts
December 14, 2011
What a wonderful human being! Thank you, Deloresa, for your tireless efforts to help those affected with FASD's. You were one-of-a-kind and your passing is such a loss to our community. You and your family are wished PEACE and comfort. You were loved by all who knew you.
December 14, 2011
Showing 1 - 32 of 32 results