BORN
1916
DIED
2013
Lifelong Alaskan Fortuna H. Odell, age 97, died on August 28, 2013 at the Juneau Pioneers' Home. She was born on August 6, 1916 in Marshall, Alaska to Annie and Roy Hunter. Her mother was an Eskimo from the Lower Yukon, while her father came to Alaska in the early twentieth century to search for gold. Fortuna was the first child born in Marshall, which was called Fortuna Ledge at the time. She attended a territorial school in Marshall, then a BIA high school in White Mountain. She temporarily left high school to return to Marshall to help care for her mother who was suffering from tuberculosis. After her mother's death, she completed her high school education at a BIA school in Eklutna. She graduated in 1936 then moved to Juneau to accept a job with the Bureau of Indian Affairs. She was the first person with an Eskimo background to work in the Juneau BIA office. In 1939 she married William Odell, an employee of the AJ Mine. They welcomed two children but later divorced. For a time, Fortuna stayed home to care for her children, but she returned to the work force in 1952 as an employee of what was then called the Territorial Health Department but eventually became the Department of Health and Social Services. When she retired from the Department in 1982, she was the Program Specialist for Crippled Children's Services.
She lived a uniquely Alaskan life. She learned the traditional subsistance lifestyle from her mother. She grew up without electricity. During the winter in Marshall, her mail was delivered by dog sled. She was a child in Marshall when Amos Berg made his historic trip down the Yukon River, and that is where their lifelong friendship began. To attend high school, she traveled on the old river boat steamers that used wood for fuel. She flew in a canvas covered airplane from White Mountain to Nome. She saw placer gold mining in Marshall and hard rock gold mining in Juneau. She knew and supported Elizabeth Peratrovich, who worked to end discrimation of Alaskan Natives; and throughout her life, she remained interested in the governing and growth of her beloved Alaska.
She was preceded in death by her two children William (Buddy) and Nancy, and her eight siblings. She is survived by her grandaughter Stacey White of Minneapolis, her sister-in-law Frieda Hunter and the numerous descendents of her sister and brothers who live throughout Alaska. There will be a Celebration Service at the Seventh-day Adventist Church, 7644 Mendenhall Loop Road, on Friday, September 20th, at 5:30PM. A potluck supper will immediately follow. Also, on Monday, September 23rd, there will be a Remembrance Service at the Juneau Pioneers' Home at 2:30PM. Refreshments will follow.
Published by Juneau Empire on Sep. 19, 2013.
MAKE A DONATION
MEMORIES & CONDOLENCES
20 Entries
Hi, "Tuna". We love you so much! Thank you for the impact on us kids. I will miss you. I love you also. Thank you for your love and caring. I always think of you.
Billie Annmarie Dowd
February 5, 2014
Aunt Fortuna,

You will be greatly missed. I met you a few times throughout my childhood as you were my Papa's sister (Vernon).

Marissa
Marissa Leuer
September 30, 2013
Auntie Fortuna told me to never call her Aunt but Aunie she told me she's not an Aunt but and Auntie I was very fortunate to spend time with her in Juneau while attending MEHS. She will always have a special place in my heart. I'm sure she is having a grand time being reunited with The Hunter Clan
LaVerne Manumik
September 29, 2013
I still remember working with her in the 1970s and how helpful she always was.
Margo Waring
September 26, 2013
"70 years is our life span---80 years with special mightiness." (Psalms 90:10) Fortuna had 97 years of special mightiness. May your hearts be filled with wonderful memories of the times you spent together as you celebrate a life well lived.
Patti
September 25, 2013
I had the honor of caring for Fortuna during my CNA training in April this year. I enjoyed my time with her so much! She shared her life story with me, as I took her outside for some fresh air! We sat all bundled up in the cool spring air talking for at least a couple hours! I enjoyed every minute! What a special woman. I am so sad to hear of her passing.
Melanie Fairbanks
September 24, 2013
Auntie Fortuna was a total joy to be around. Her stories. Her laugh. I loved listen to her and Grandpa Don talk and tease each other when she would come to visit. She made everyone feel welcome and special. It amazed me that she could remember all our names.She will be missed but never forgotten. I know she is having a good old time with all her friends and family up in Heaven. I have a few special gifts she gave me when I got married and I will treasure. Love you Auntie... Michelle Cooper
September 23, 2013
Fortuna was the supervisor in my first "real world" job. I know I could simply "ditto" every comment made here in the Guest Book, but she was all of these and even more to me . She not only taught me how to be a good employee, but also how to be a good person. Her wisdom and love have been with me for all of my years. See you later, Fortuna, I love you.
Beverly Buchanan
September 22, 2013
May God bless the sweet soul of this lively woman - who showed us all how to age with vitality and love. She was a real one-of-kind wonder - who made her mark for sure. I will never forget her!
Gail O'Dell
September 20, 2013
I am so blessed, as were so many - to know this lively, vital and amazing woman. Her strong spirit was an example to us on how to age and live well! God bless her sweet spirit and next part of her journey.
Gail O'Dell
September 20, 2013 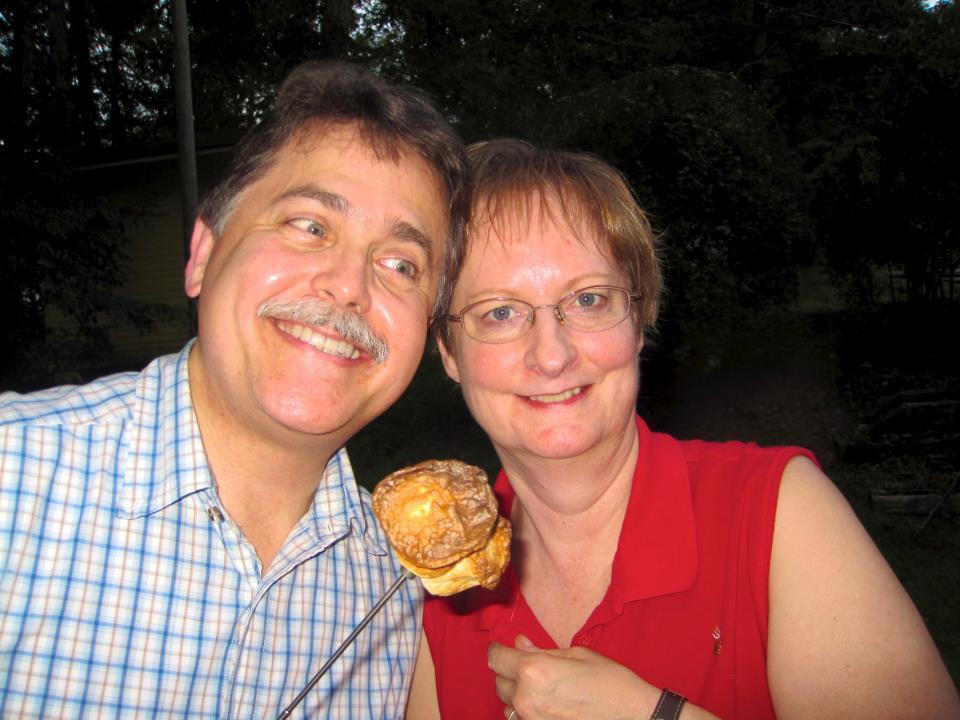 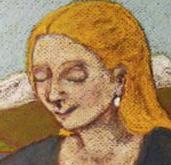 I know I am not the only one to feel this: Fortuna..... loved me like a Mother, she loved my children like her own. Fortuna is not gone.... she is permanently etched in our hearts and souls. ....x o x o
SueAnn Randall
September 19, 2013
I'm sure my Aunt Fortuna is yakking up a storm with all her siblings, Uncle Clyde, Uncle Don, Uncle Emory, Aunt (Grandma) Rose, and my dad, Vernon Sr. She shared lots of stories whenever she came to visit my family. Thank you for the bowl you gave me that belonged to Grandma Annie Hunter, it will be a cherished keepsake in my family too. You were full of wise words for the next generation of the Hunter families! Love you & will miss you, Mare, Dave, Marissa, Roseann, Amanda, Miranda & granddaughters Arianna & Elena Leuer
Mareldine (Hunter) Leuer
September 19, 2013
Grief can be so hard, but our special memories help us cope. Remembering you and your loved one today and always.
September 19, 2013
Fortuna was a bright spot in our church. She is sorely missed. We are praying for her family.
Jack & Terri Gregson
September 19, 2013
I know you were welcomed home by Jesus, Auntie Tuna. Thank you for your encouragement thru the years Love, Lenore
Lenore Three Stars
September 19, 2013
Thank you for all the good memories Auntie Tuna.
PAULA THREE STARS
September 19, 2013
Showing 1 - 20 of 20 results