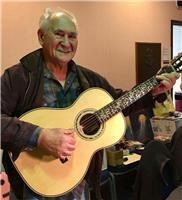 BORN
1937
DIED
2018
Wayne Edward Alex 80 years old of Juneau, Alaska passed away on November 13, 2018 at Petersburg Medical Center. A Celebration of Life will be held in his honor at Lighthouse Assembly of God on Saturday, November 17th, and a grave side service will follow at Jones Point Cemetery in Haines, AK on Monday November 19th, 2018, followed by a celebration of life at the American Legion. Wayne was born December 12, 1937 in Coon Rapids, Iowa to Edward and Marjorie Alex. Ed, Marjorie, Wayne the oldest and his two siblings Carol Waldo, Stan Alex and a family friend Squeak Smith made their way to Alaska on the Alaska Highway in 1948. As a young man in Haines, Wayne enjoyed visiting with the locals and learning about building boats, hunting, fishing and the Tlingit culture. At the age of 15 he started his career as a commercial fisherman until he enlisted in the United States Coast Guard in 1956 and served for 38 months out of Astoria, Oregon on the Lightship "Relief", they would be on anchor at the mouth of the Columbia River for three month stretches to help guide ships in. Upon return from the United States Coast Guard Wayne started to build his first commercial fishing boat the Marauder at 7 mile Haines, Alaska. This developed into a successful career which include building the Geewhiz a fiberglass Gillnetter and then eventually buying a Seiner the FV Pacific Belle, fishing Salmon, herring, halibut, black cod, all over the State of Alaska during his career he contribute many things to the fishing industry including the Marco auto baiter, helped in the design of the Marco Seine block and other fishing techniques and practices. His hobbies included boxing, archery, playing guitar, gun smith, hunting, traveling and visiting with friends, writing letters to the editor at local papers. He was a legend to many and will be missed greatly. He is survived by his four daughters , Kathy DeLeon of Anchorage, Victoria Moore of Petersburg, Ramona Thomas of Surprise, AZ and Samantha Alex of Vancouver, WA, Grandchildren Nathan Alex Anchorage, AK, Nieko Isturis of Juneau, AK Alex Moore of Petersburg, AK and Rowan Thomas of Surprise, AZ. siblings are Carol Waldo of Haines, AK Stan Alex of Lynnwood WA, Elaine Pigott of Haines, AK, Colleen Smith of Anchorage, AK and Marsha Rutherford of Bastrop, TX.Had numerous cousins, nieces and nephews.
A celebration of life will be held in Juneau, AK in the early spring of 2019, when family south are able to attend.
Published by Juneau Empire from Nov. 25 to Dec. 25, 2018.
To plant trees in memory, please visit our Sympathy Store.
MEMORIAL EVENTS
To offer your sympathy during this difficult time, you can now have memorial trees planted in a National Forest in memory of your loved one.
MAKE A DONATION
MEMORIES & CONDOLENCES
13 Entries
Please accept my sincere sympathy for your loss.PSALM 119:76.
January 27, 2019
I'm so sorry to hear of your loved and deepest condolences are extended to you. Something that's helped me through the death of loved ones is to reflect on 1 Corinthians 15:26.
December 28, 2018
May our heavenly father, the God of Abraham be with you as we await the fulfillment of seeing Abraham offspring fill the earth like the stars in the heavens. Genesis 15:5,6.
AC GA
December 21, 2018
My condolences to the family at this time. As the family return to your routine, may the memories of Mr. Alex strengthen all that his life touched.E
E C
December 20, 2018
Dear Alex family,

I'm so sorry for your loss. My deepest condolences to the family. May you take comfort from the words at 1 Thessalonians 4:14, the beautiful hope of seeing your loved one again.
C L
December 19, 2018
I'm so sorry for your loss. As you remember your love one, may your cherished memories and Almighty God strengthen and comfort your broken hearts. (Psalm 147:3)
December 16, 2018
My heartfelt sympathies to the family during this difficult time...May your fondest memories bring you joy and may prayers to the God of all comfort strengthen you.
He promises, "I have heard your prayer. I have seen your tears. I am healing you."
(2 Kings 20:5)
December 10, 2018
Please accept our sincere condolences to the family
and friends. Losing a loved one in death is never easy. May the hope of everlasting life sustain and comfort you during this difficult time. (John 17:3).
December 6, 2018
Please accept my heartfelt sympathy for the departure of your beloved Mr Wayne Edward Alex.Ad you return to your daily routine of life may support from relatives and friends continue to sustain you. PROVERBS 17 verse 17.
Judith
December 3, 2018
May the God of all comfort strengthen the family during this time of deep sorrow. Those who pass on, God keeps in his memory because they are precious in his eyes. My sincerest condolences. (Psalms 116:15)
Lisa D
November 30, 2018
Wayne, you will always be remembered. You were once part of the Canon family and we will surely miss you especially on holidays when you were always our guest. May your soul rest in peace!
Belinda Sautao
November 26, 2018
Wayne,
I fished with you a few times, and you also pulled me out of wrangell narrows when my brother and i capsized in the small skiff we were in! Ill never forget that day! I loved your stories while wheel watch with you! you have a huge heart and god sees this! I will miss you during the summer seasons
R.I.P. Wayne
Wilson H Nicklie Jr
November 25, 2018
Belated , My deepest sympathy to your family . May you keep in mind the hope of life everlasting which can help sustain you through this difficult time . John 17:3
Earnie Ray
November 25, 2018
Showing 1 - 13 of 13 results