BORN
1936
DIED
2021
FUNERAL HOME
Miles Funeral Service
4001 E. 9th Avenue
Winfield, KS
CoNette Archer
December 4, 1936 - July 20, 2021
Winfield, Kansas - CoNette L. (Nofzinger) Kasten Archer died on July 20, 2021 of Alzheimer's disease. She was born to Owen E. and A. Marjorie (nee Seigneur) Nofzinger on December 4, 1936. She attended school in Archbold, Ohio and then Bowling Green State University. In 1956, she married Roger N. Kasten and to this union six children were added. Through the years, the family was fortunate to live in several states, as well as Bermuda and Australia.
CoNette completed her bachelor's degree in psychology at Purdue University, West Lafayette, Indiana, where she began work on her master's. She finished her master's degree in counseling and earned her Education Specialist's degree in school psychology from Wichita State University. She was certified in several areas of special education. CoNette was employed by Rainbows United, the Institute of Logopedics, Irabenna (Australia), Wichita State University and several public schools throughout her lifetime.
In 1995, CoNette married William "Bill" H. Archer, and they made their home in Winfield, Kansas for 25 years. With this marriage she added a stepson John Kretzer and his wife, Carolyn and two more grandchildren to her family. Bill and CoNette enjoyed family events, traveling, volunteering, reading, building things and gardening. She felt that her life was full of love, and better than she could ever have anticipated. Following Bill's passing, CoNette moved to Wichita for the remainder of her life.
CoNette was preceded in death by Roger Kasten; their son, Andrew; their grandson, Adam Garci; and William Archer.
She is survived by her sister, Betty Mater and husband, Charles; her brother-in-law, Steve Archer; her children Kimberly Garci-Glass and husband, Arthur; Roger Kasten, Jr. and wife, Leah; Keven Kasten and wife, Pei-Ying; Amelee Lemieux and husband, Richard; Valerie Kasten; John Kretzer and wife, Carolyn. There are 12 living grandchildren and five great-grandchildren.
CoNette donated her body to the University of Kansas School of Medicine for research. A memorial service will be held at a later date under the direction of Miles Funeral Service.
Memorials have been established in CoNette's name for the Alzheimer's Association and for the Andrew Kasten Scholarship at Kansas State University. Contributions may be made through the funeral home.
Online condolences may be made at www.milesfuneralservice.com. 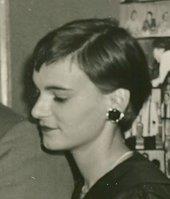 Published by Wichita Eagle on Jul. 23, 2021.
To plant trees in memory, please visit the Sympathy Store.
MEMORIAL EVENTS
To offer your sympathy during this difficult time, you can now have memorial trees planted in a National Forest in memory of your loved one.
Funeral services provided by:
Miles Funeral Service
MAKE A DONATION
Please consider a donation as requested by the family.
MEMORIES & CONDOLENCES
Sponsored by Wichita Eagle.
0 Entries
Be the first to post a memory or condolences.