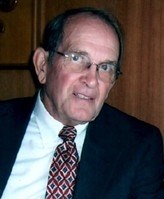 BORN
1934
DIED
2021
Curtis Shipley
October 19, 1934 - June 30, 2021
El Dorado, Kansas - Curtis Neil Shipley, age 86, died June 30, 2021 at his home.
He was born October 19, 1934, the son of Oscar and Fern Shipley. He grew up on a farm near Goddard. He graduated from Goddard High in 1952. He went to Hutchinson Junior College on an athletic scholarship and then graduated from Kansas State with a Bachelor's degree in Physical Education in 1956 and later added a Master's degree in Education Administration from Fort Hays.
On August 12, 1956 he and Judy Zerener were united in marriage at St. Paul's Lutheran Church, a landmark, located on a country hill near Cheney, KS. His first post-college job was at Milton High where he began his coaching career.
In 1959, Curt took a position as basketball coach at Garden City High. The highlight of his career was winning the Kansas State High School Championship in 1966. When asked what the best thing about being a coach is, he said, "You always strive for the win, but the best thing about coaching is the relationship with the players."
In 1970, Curt became the head basketball coach at Butler County Community College and went on to become Athletic Director and later Dean of Math and Sciences. Curt enjoyed time as Dean, nurturing teachers, but his real love was coaching. "People always equate success with winning, but that is not always the case. If they do their best, they are a winner."
Throughout his life, Curt could be found looking for walleye at El Dorado Lake, trout in South Fork, CO and enjoying family time at Smoots Creek in Kingman County and he was an active member of the Lutheran Church and El Dorado Rotary.
Preceding him in death were his parents and sisters, Jacquie Nelson and Judy French.
Curt is survived by the love of his life, Judy, after a 70 year storybook relationship and 65 years of marriage; children, Jeff (J.J.), Stacey Homuth (Richard) and Stephanie Nichols (Jeff); grandchildren, Clint and Darrick Shipley, Rick, Michael and Paul Homuth and Sammy and Jenna Nichols; brother Kermit (Shirley) Shipley; sisters-in-laws, Joyce Lehner and Jan (Earl) Reno; nieces and nephews, Brad Lehner, Jodie Schendel, Chris Green, Amy Lester, Megan Stuke, Brett Shipley, Ashley Gilpin and Monte Nelson.
Memorial contributions can be made to "The Shipley Family Scholarship" in care of Butler County Foundation. Our sincere gratitude to Gina and Nicole of Heartland Home Healthcare and Hospice for their loving care.
Visitation will be July 7th from 5-7 at Carlson Funeral Home. Celebration of life will be July 8th at 10 a.m. at Grace Lutheran of El Dorado. Curt will be buried at St. Paul's Cemetery, located on the hill near Cheney, where he and Judy started their life together.

Published by & from Jul. 3 to Jul. 5, 2021.
To plant trees in memory, please visit the Sympathy Store.
MEMORIAL EVENTS
Jul
7
Visitation
5:00p.m. - 7:00p.m.
Carlson Funeral Home
KS
Jul
8
Celebration of Life
10:00a.m.
Grace Lutheran
El Dorado, KS
MAKE A DONATION
MEMORIES & CONDOLENCES
Sponsored by Wichita Eagle.
6 Entries
Judy, I just found out about Curt´s passing and very saddened to hear. He was a great man and wonderful to work for. My prayers are with you and your family. God´s blessings always, love you, Janet
Janet Weidenheimer
Friend
July 16, 2021
So sorry to hear about Curt's passing. I enjoyed working with him at Butler and was always willing to lend a hand.
Connie Belden
Work
July 4, 2021
I am sorry to learn of Curt´s passing. He was a great friend and I owe him a lot. I was lucky enough to go fishing with him from time to time and I could tell you a real fish story about one of our trips. God Bless you Curt, thanks for the friendship you were one of the best people I have known in this life.
J. Pond
Work
July 3, 2021
Jeff and family, I enjoyed your dad as a fellow coach, parent and friend. He was always kind, considerate, and helpful to me (as a new coach at Circle High). Our thoughts and prayers are with you. Dan and Karen Cutting
Dan Cutting
July 3, 2021
May God be with Judy and the family he leaves behind. Kermit you are in my prayers as well as your family!
Lynn Aaron
Friend
July 3, 2021
Judy and family. We send sincere condolences. Curt was a great guy, a great teacher and a great friend. Larry & Helen Miles
Larry Miles
Friend
July 3, 2021
Showing 1 - 6 of 6 results