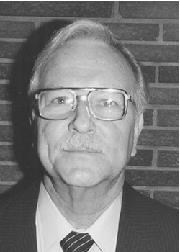 FUNERAL HOME
Cochran Mortuary & Crematory - Wichita
1411 N. Broadway
Wichita, KS
Seltmann, Delmer Louis Age 93, retired court reporter and WWII U.S. Army Air Corps veteran, passed away Tuesday, December 5, 2017. Visitation with the family present will be from 5-7 p.m. Thursday, December 14, 2017, at Cochran Mortuary, 1411 N. Broadway. Service will be at 10 a.m. Friday, December 15, 2017, at St. Andrew's Lutheran Church. Burial will follow at 3:30 p.m. in the Locust Hill Cemetery, Rush Center, KS. Delmer graduated from LaCrosse High School in 1942, entered military service in June of 1944, and was discharged in May of 1946. Delmer began his career as an official court reporter for the State of Kansas in 1957 in Columbus, Kansas. He transferred to Wichita in April of 1960, where he retired in July of 1989. Preceded in death by his parents, Louis and Lena (Brack) Seltmann; wife, Leola; sisters, Verneta Stephens, Dorothy Serpan, Twila Seltmann; and nephew, Terry Stephens. Survivors include his son, Kelly of Wichita, KS; daughter, Darla Seltmann of Fountain Hills, AZ; sister, Kay Dreher of Hoisington, KS; and 5 nieces and nephews. A memorial has been established with St. Andrew's Lutheran Church, 2555 N. Hyacinth, Wichita, KS 67204. To sign a guestbook or leave a condolence for the family, go to www.cochranmortuary.com

Published by Wichita Eagle from Dec. 10 to Dec. 13, 2017.
To plant trees in memory, please visit the Sympathy Store.
MEMORIAL EVENTS
To offer your sympathy during this difficult time, you can now have memorial trees planted in a National Forest in memory of your loved one.
Funeral services provided by:
Cochran Mortuary & Crematory - Wichita
MAKE A DONATION
MEMORIES & CONDOLENCES
14 Entries
Dear Kelly - I was saddened to hear of your loss. Your dad was a true gentleman and a kind and caring person. And he raised his son to be the same way.
Martha Scully
Friend
January 2, 2018
Dear Kelly,
Very sorry to hear about your Dad. Glad we were able to visit with you at that Estate sale. Thanks for sharing with us!
Sincerely,
J & S
Sovereign Real Estate
Jerry & Sharon Self
December 20, 2017
Kelly and Darla,
I was saddened to hear of Delmar's passing. He was a wonderful man. He was an excellent court reporter and was proud of his service and his. I was unable to attend the funeral but I hope you know my heart was with you.
Greg Waller
December 15, 2017
Kelly and Darla,
I know the loss of your father is hard to accept, and Donna and I extend our most sincere sympathy. He and I worked together daily for more than 26 years, and his death is a great loss. He was one of the finest persons I have ever known, and will always miss. Take comfort that his sincere faith in God will be rewarded, and he rests in peace.
James Noone
December 14, 2017
Memories! Uncle Delmer was a great man, extremely talented, at his profession as a court reporter, and always caring for his family and relatives. I hope the photo I uploaded (about 1951) shows on this website, as it is a tribute to the greatness of the family. Even though my health doesn't allow me to attend the memorial service, my love and thoughts are with all of you. May God's grace bless you.
David Josefiak
December 13, 2017 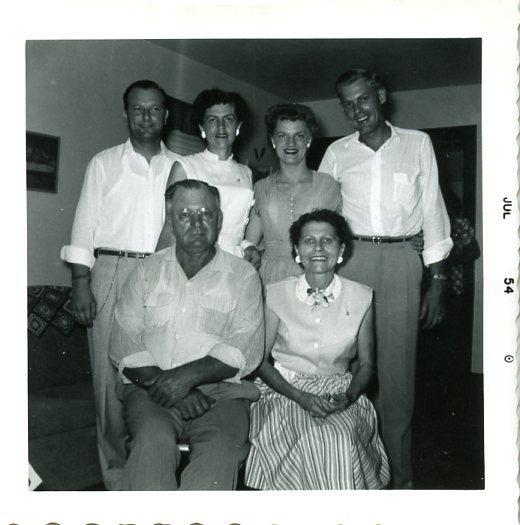 David Josefiak
December 13, 2017
Dear Kelly & Darla,
May you feel God's unending love for you at this time. Our memories will carry us through. We grew up together with our parents doing the court reporting thing and loved the convention trips! I'm so glad you all came to Edmond, OKC & Mustang to visit all of us and make great memories! Kelly, your Dad loved seeing my parents and you made it happen for him. Even with my parents dementia at the end, they remembered all of your family! Kelly, rest assured you were there for both of your parents and they knew it and loved you for it! My sincere sympathy to both of you and the rest of your extended family. Love, Dianne Ogle(Maynard & Dorothy Peterson, parents, deceased).
Dianne Ogle
December 13, 2017
Kelly and Darla, so sorry to hear of your loss. Delmer was a great supervisor of court reporters and a fine person.
Vicky Hamilton
December 13, 2017
Dear Seltmann family, your father was such a wonderful singer. I remember him singing his karaoke, and I really enjoyed listening to him. I was so sad to hear about his passing today. Thank you for notifying me. We are all a big extended family in the Kansas Court Reporters Association. My sincere sympathy to you, his loved ones.
Rosemarie Sawyer-Corsino
December 12, 2017
To Kelly and family, I am so sorry to hear of your fathers passing. Your father was a very sweet and kind man. I know he was loved by all who knew him. He will be greatly missed. May god hold you in his arms during this difficult time. Love to all. Debi (Horchem) Dickerhoff
December 12, 2017
So sorry for your loss. Delmer was a great court reporter, and a wonderful person.
Tammy Hogsett
December 11, 2017
Our sincere sympathy to Kelly, Darla, and all of Delmer's loved ones.
Ken Wilson
December 10, 2017
Dear Seltmann family,

Our most sincere condolences in the death of Delmer. Delmer was a man of integrity and honor. And he was one of the most incredible, helpful court reporters this state ever knew.

KCRA is making a donation to your memorial on behalf of your dad. He made such a mark on our profession.