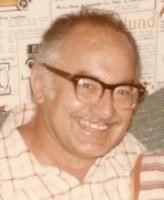 BORN
1930
DIED
2020
FUNERAL HOME
Cochran Mortuary & Crematory - Wichita
1411 N. Broadway
Wichita, KS
Eldon Arthur Lickey
October 4, 1930 - December 14, 2020
Winfield, Kansas - Eldon Arthur Lickey, 90, died December 14, 2020 at The Kansas Veterans Home in Winfield, Kansas. Eldon is survived by his daughters, Diana Scanlan of Viola, Kansas, Mary Kay Larsen of Wichita, Kansas; sons, Ernest Lickey of Wichita, Kansas, James Lickey of Oklahoma City, Oklahoma. He was preceded in death by his wife, Marcia Rojean of Valley Center, Kansas; his brother, Harlan Lickey of Wichita, Kansas; and his sister, Ernestine of Alva, Oklahoma. Eldon was born on October 4, 1930 in Protection, Kansas to parents Ernest Lickey and Anna Higgins. He graduated from Wichita North High School in 1950. After graduation he served in the Navy aboard a destroyer during Korean War. He married Marcia in 1953 and spent most of his working career in the printing business. Eldon will be remembered as a good man and a loving father who enjoyed time with his family camping in the great outdoors.

Published by Wichita Eagle on Jan. 10, 2021.
To plant trees in memory, please visit the Sympathy Store.
MEMORIAL EVENTS
To offer your sympathy during this difficult time, you can now have memorial trees planted in a National Forest in memory of your loved one.
Funeral services provided by:
Cochran Mortuary & Crematory - Wichita
MAKE A DONATION
MEMORIES & CONDOLENCES
Sponsored by Wichita Eagle.
4 Entries
Eldon & Marcia were fun and great influences on many of us in MYF. Good memories! My deepest sympathy to Diana, Mary Kay, Ernie, and Jim. May God continue to wrap His comforting arms around each of you.
Debbie Chavanelle
Friend
February 1, 2021
I'm so sorry to hear of this. I have wonderful memories of Marcia and Eldon leading our MYF group. Meetings at their home, doing screen-printing in their garage, etc. May your family find peace at this difficult time.
Susan Kallenbach Scribner
Friend
January 11, 2021 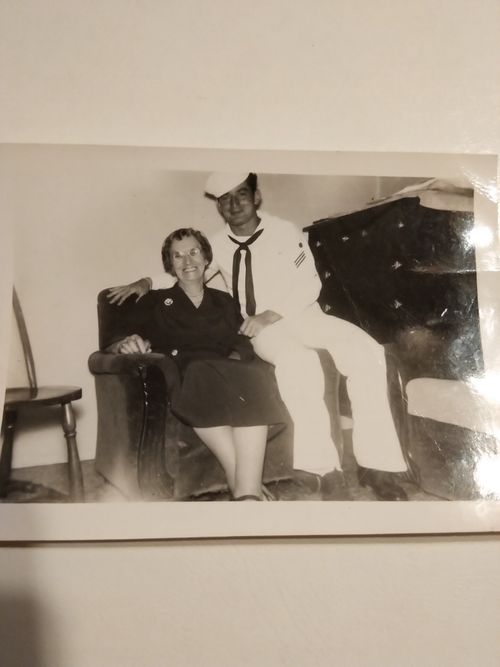 This is my dad when he served as an Electrician's Mate in the Navy. He is with his Grandma Higgins here.
MaryKay Larson
Daughter
January 10, 2021
Fair winds and following seas sailor.
"Boatswain... Standby to pipe the side... Shipmate's going Ashore..."