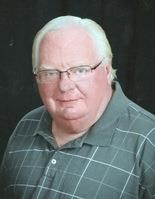 BORN
1944
DIED
2021
FUNERAL HOME
Smith Mortuary-Derby Chapel
1415 N. Rock Rd.
Derby, KS
Jack Graves
May 14, 1944 - September 13, 2021
Derby, Kansas - Jack Gordon Graves left this earth late on Monday, September 13, 2021. He was born in Wichita, Kansas, on May 14 1944 to the late Paul and Flo Graves, where he spent the majority of his life. He is survived by his wife Maxine; his two children, John and Jenifer (Michael); his grandson Nolan; as well as his sister, Brenda (Dean), and his nephews Troy (Vickie) and Brandon.
After graduating from high school, Jack joined the Air Force where he served 4 years. He loved meeting fellow Veterans and trading stories. After his service, Jack started a career in aviation, and eventually settled in Derby, Kansas. In addition to his work on airplanes, he was an entrepreneur at heart, and ran several small businesses through the years. He loved his Quarter Horses and his gaggle of farm animals that came and went as time passed. He was an avid storyteller, and he loved music and good food.
He left a memorable impression on those he met, and took every opportunity he was given to say hello to someone new. Though he faced several medical issues in his last years of life, he was sure to make it known that he would not sacrifice one moment of joy to his health. He passed at home with his wife by his side. When his 5 year old grandson was asked what he would want the world to know about know about Jack (affectionately referred to as Popcorn), he simply said "I want them to know that I love Popcorn forever." Godspeed, Jack. May you leave a trail of stories across the sky that paints a picture of the world as you saw it.
Memorial services will be held 1:00 pm, Monday, September 20, at Smith Mortuary, 1415 N. Rock Rd in Derby. In lieu of flowers, donations can be made to The Wounded Warrior Project or Stop Suicide, ICT.

Published by Wichita Eagle on Sep. 19, 2021.
To plant trees in memory, please visit the Sympathy Store.
MEMORIAL EVENTS
Sep
20
Memorial service
1:00p.m.
Smith Mortuary
1415 N. Rock Rd, Derby, KS
Funeral services provided by:
Smith Mortuary-Derby Chapel
MAKE A DONATION
Please consider a donation as requested by the family.
MEMORIES & CONDOLENCES
Sponsored by Wichita Eagle.
2 Entries
Sorry for your loss. I worked with Jack at Ryan Aviation, he always had a smile on his face and a story or joke to tell. A fun guy to be around. Rest in peace.
Ron Center
September 19, 2021
Rest Jack, until you hear at dawn, the low, clear reveille of God. Thank you for your service to this nation. U.S. Air Force.
Harry Simpson
Other
September 19, 2021
Showing 1 - 2 of 2 results