BORN
1932
DIED
2021
FUNERAL HOME
Cochran Mortuary & Crematory - Wichita
1411 N. Broadway
Wichita, KS
Jack Ulver Russell
December 17, 1932 - August 26, 2021
Andover, Kansas - Jack Ulver Russell, age 88, retired State Farm Insurance Agent, of Andover, Kansas passed away on Thursday, August 26, 2021. Jack was born December 17, 1932 to Shirley and Roxie (Webb) Russell in Eureka, Kansas. He was married to Doris Nadine (Sullivan) Russell for 52 years. They divorced in 2004. He married his long time friend M Ernestine Henderson in 2005. Jack was a loving husband, father, grandfather, great grandfather and great great grandfather and a friend to all he met. He greeted everyone with a handshake and big smile. His early working years were with Kansas Gas & Electric. He began a career with State Farm Insurance Company in 1967 which he said was one of the best decisions he ever made. He loved working with people and often said if you find an occupation you love, you won't have to work another day the rest of your life. He retired after 33 years. In the next chapter of his life he enjoyed his other loves including spending time with his family, traveling and the farm life, his horses and dogs of which the Jack Russell terriers were of special interest. Jack belonged to many groups and organizations including serving as president of the Far West Optimist Club, President Midian Hi 12, Director of Ambassadors of Midian, President of Wichita Life Underwriters, President of Wichita Crime Commission and Potentate of Midian Shrine Temple. He is survived by daughter, Teresa (Bruce) Detwiler, Jon and Ben, son, Jay Russell, Bree and Jayson and their mother Pam Russell, son, Jim (Lori) Russell, Jamie (Matt) Peters, Josh (Laurel) Russell; step daughter, Kathryn (Allen) Williams, Heather (Gary) Carty, step son Dr. Steven (Mary) Haase, Bianca Haase and Morgan Babbini and 9 great grandchildren, 3 step great grandchildren and 1 step great-great grandchild; sister-in-law Nellie (Mark) Kilby; brother-in-law Dale Lee; sister-in-law Elizabeth Vosler. He was preceded in death by his parents, brother William Russell, and wife M Ernestine Russell. Memorial Service is Wednesday, September 1 2021 at 11:00 a.m. at Sandcrest Club House 2880 N. Curtis, Wichita, Kansas. Masks appreciated but not required, Memorial Contributions may be made to: Shriners Hospitals for Children Love to the Rescue Processing Center PO Box 1525 Ranson, WV 25438; Valley Hope Association Foundation PO Box 59 Norton KS 67654-0059; Wichita Crime Commission 100 S. Main, Suite 508, Wichita, KS 67202. Condolences may be sent to the family via www.cochranmortuary.com.

Published by Wichita Eagle on Aug. 29, 2021.
To plant trees in memory, please visit the Sympathy Store.
MEMORIAL EVENTS
Sep
1
Memorial service
11:00a.m.
Sandcrest Club House
2880 N. Curtis, Wichita, KS
Funeral services provided by:
Cochran Mortuary & Crematory - Wichita
MAKE A DONATION
Please consider a donation as requested by the family.
MEMORIES & CONDOLENCES
Sponsored by Wichita Eagle.
9 Entries
I started my State Farm career 42 years ago when Jack hired me while I was a high school student. I moved to Tulsa 30 years ago but kept in touch with Jack through yearly Christmas cards. He never missed one year and his was the first card I received every year. I always appreciated him giving me a career with State Farm. My condolences to the Russell family as they grieve their loss. I like to think that Jack rode off into the sunset on his horse. God bless.
Keri Rowland Orr
Work
September 10, 2021
Lori Jim and family, I was so sorry to hear about Jack. I know this is a difficult time for the family. Just wanted you do know that I care.
B.J Firestone
Friend
September 7, 2021
I was so sorry to hear of Jack's passing. There was always a smile on his face and I know what he meant to your family. My thoughts are with you all.
Kathy Haines
Work
September 5, 2021
From growing up with my buddy and neighbor Jimmy, his dad Jack was just the nicest and coolest guy. I have great memories of hanging out at their house, playing sports, sleepovers, and learning to ski behind `Miss Fancy´! Funny that i always called him Jack, he always called me Mr. Carr. Thanks again, Jack. Rest easy
Bob Carr
August 31, 2021
A wonderful man who enjoyed life to the fullest. He will never be forgotten but missed. RIP Matt Eck
Matt Eck
Friend
August 30, 2021 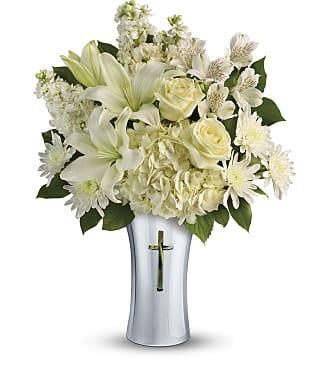 Your Friends at Emprise Bank
August 30, 2021
We're so saddened to hear of Jack's passing. Blessings in the beautiful memories that last forever.
Dr Steven (Mary & Morgan) Haase
Family
August 29, 2021
Jim, Prayers coming your way to you and your family.
Scott Hansen
August 29, 2021
SO SORRY TO HEAR ABOUT JACK. SUPER NICE!
BEV CARESWELL
August 29, 2021
Showing 1 - 9 of 9 results