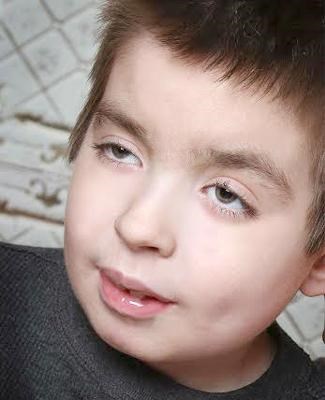 BORN
2004
DIED
2014
FUNERAL HOME
Park Lawn Northland Chapel
1640 N. State Route 291
Liberty, MO
Brisan Michael Stults, nine and a half year old son of Michael and Jennifer Stults of Kearney, MO, flew into the arms of Jesus on March 4, 2014. Visitation will be held from 5:30 pm until 7:30 pm, Thursday, March 6, at Pleasant Valley Baptist Church, 1600 North State Route 291, Liberty. A service celebrating Brisan's life will be held at 10:00 am Friday, March 7, at the church. Burial will follow in White Chapel Memorial Gardens. In lieu of flowers, contributions to a memorial fund in Brisan's name to assist with expenses would be greatly appreciated. Checks payable to Brisan Stults Memorial Fund may be left at the visitation or funeral or sent to Pony Express Bank, 215 North State Route 291, Liberty, MO 64068. Brisan was born August 27, 2004, in North Kansas City, MO. Brisan was a third grade home student from Dogwood Elementary School in Kearney. He was a member of Pleasant Valley Baptist Church. Along with his parents, he leaves his brothers, Parker (8) and Duncan (6); grandparents, Cathy Carnes, Tim and Cathy Sinclair, Joyce and Chuck Gould, Michael Stults and Nancy Tittle; great grandparents, Jack and Celia Carnes, Violet Sinclair, Henry and Patricia Hall; uncle, Timmy "TT" Sinclair; aunt, Rachel Stults; as well as other family members and friends. We love you Bubbas! You may share a message or learn more about Brisan's valiant fight with Niemann-Pick Type C at www.bripardun.com. Arrangements: Park Lawn Northland Chapel (816) 781-8228.

Published by Kansas City Star on Mar. 6, 2014.
To plant trees in memory, please visit our Sympathy Store.
MEMORIAL EVENTS
Mar
6
Visitation
5:30p.m. - 7:30p.m.
Pleasant Valley Baptist Church
1600 North State Route 291, Liberty, MO
Mar
7
Service
10:00a.m.
Pleasant Valley Baptist Church
1600 North State Route 291, Liberty, MO
Mar
7
Burial
White Chapel Memorial Gardens
MO
Funeral services provided by:
Park Lawn Northland Chapel
MAKE A DONATION
MEMORIES & CONDOLENCES
Sponsored by Kansas City Star.
13 Entries
Such a sweet ANGEL May he be cradled in the arms of God forever and become 1 of the Mightiest Angels because the world is so much in need of such a powerful force like him. I dont know him but he inspires me so much . There is something about him that is soo inviting and comfortable only a true angel has that power
Shaun Brimhall
August 16, 2018
May you all feel the arms of Jesus holding you...You're in my prayers...Brisan is with Jesus!
Toni Obodzinski
March 7, 2014
Mike and Jennifer my thoughts and prayers are with you and the family; all my love to you guys. I have missed seeing you all at the office. He will be missed God Bless you all.
Mary Case
March 7, 2014
Brisan, we will forever remember your smile. You touch more people in more ways then you know. Mike and Jennifer, you guys raised a loving little man. Parker & Ducan, your brother is running a full of life. My heart is heavy, and can't place into words the emotions that you guys are facing. God please comfort this family as they face the future. Love and God Bless.
S Webster
March 6, 2014
With deepest sympathy. You're all in my heart and prayers during this sad time. Brisan is in heaven with my son Rick, I look forward to seeing them there.
Love & Prayers,
Dottie
Dottie Plavchan
March 6, 2014
Rest in God's Peace.
Rose Starer
March 6, 2014
Jennifer and Mike,
Lisa told me of Brisan's passing to Jesus. I am so sorry for your pain. May Jesus comfort you and your family as only He can.
Julie Giltner
March 6, 2014
May God bless you and your family in this time of sorrow.
K Murry
March 6, 2014
Brisan, the sweetest,perfect face and most adorable dimple ever, Jesus made you so perfect and delivered you to a daddy & mommy that so, so loved every minute and second of your 9-l/2 years with them. Also, your best buddies, Parker & Duncan and your whole family. I know you are saying to them, I got to see Jesus first and you will be so happy as I am when you get to see him and I am so excited to see you again.
Bill & Joyce Gentry
March 6, 2014
Michael, Jennifer, and Family
We are so very sad to hear of your loss of Brisan. We know that no words can heal your hearts at this time but please know that we are here for you. You both were so helpful when we suffered our loss. Always remember the good times you had. Your family is in our hearts.
Kristen and Fernando Lopez
March 6, 2014
Bill & Joyce Gentry
March 6, 2014
Dearest Michael and Jennifer,


I just wanted to take a moment to tell you both how sorry I am for your loss. Michael, Rachel, and I attended middle school together many years ago. When I saw this story it melted my heart. What a precious gift Brisan is. As a mother of two young boys I can not even begin to imagine the heartache you both have at this moment. I pray that God wraps you in all of your memories and love that will bring you peace and comfort. May God bless you all.
Kristin (Dibben) Gloner
March 6, 2014
Grammy and PawPaw will love you forever. You always hold a special place in our heart. You fought a good fight and now are laughing, running and talking once again. We know you are with Jesus and happy--free from pain and sorrow. God is good and ministering to your family until we all are together once again. "I love you, a bushel and a peck"...
Grammy and PawPaw Carnes
March 6, 2014
Showing 1 - 13 of 13 results