Charles Francis "Charlie" Hinson
HINSON Charles "Charlie" Francis Hinson, 68, lost his bout with cancer June 15, 2014 at Lake Waukomis, MO, surrounded by his family & friends. He was born Jan 23rd in Oklahoma City and has resided in the Kansas City area for 35 years. He loved Oklahoma and was proud of his Cherokee heritage but has been devoted to the Lake Waukomis Community for the past 10 years as Mayor, friend & neighbor. He is survived by his wife of 34 years Janus, his 5 children: Anglea, husband Rick, Derek, Coleen, Shana , and Darin, wife Tyler. He was blessed with 6 grandkids: Kaleigh, Christopher, Francis, Lily, Ryan and Drew. He was fortunate to be loved & supported by a large family and countless friends all of whom brought him a lifetime of joy and fulfillment. He attended Oklahoma State & Park University & was known as one of the 3 Amigos. After completing his degree at Park in 2004 he fulfilled his passion for teaching at Antioch and New Mark Middle Schools where he touched countless children's lives. It was his wish to continue to teach by donating his body for research. Prior to teaching he had a successful trucking career for 33 years owning Cherokee Transportation. He took pride in being a Eagle Scout & Mic-O-say. Attending several Scout Jamborees. Service has been an important part of his life as a member of North Kansas City Board of Education, Mayor of Lake Waukomis for 7 years & active in Greater KC Mayors Council. A celebration of his life will be held at Lake Waukomis Community Bldg, 1147 South Shore Drive, Saturday June 21st at 6:30 pm. In lieu of flowers donations can be made to "Charles Hinson Memorial Fund" at The Bank of Weston, 6510 NW Praireview Rd, KCMO 64151 or taken to the City Office. Condolences can be sent through www.lakewaukomis.com

Published by Kansas City Star on Jun. 17, 2014.
To plant trees in memory, please visit the Sympathy Store.
MEMORIAL EVENTS
Jun
21
Celebration of Life
6:30p.m.
Lake Waukomis Community Bldg
1147 South Shore Drive, MO
MAKE A DONATION
MEMORIES & CONDOLENCES
Sponsored by Kansas City Star.
12 Entries
We were stunned to hear of Charlie's passing and know he will be missed by all who knew him. Our thoughts and prayers to you, Janus and your family.
Gary and Susie Langton
June 25, 2014
SO SO SORRY. I AM SENDING YOU LOVE AND LIGHT
LILY RAMBO
June 21, 2014
We're so sorry to hear of your loss of Charlie. We enjoyed chatting with him and Janus at Christopher's games. His laugh was contagious and he loved his family. He's at peace and has made a lot of memories for his friends and family.
Wayne & Karen Smith
June 21, 2014
Uncle Chuck as we called Charlie even though we were not related. You were one of the good guys. Thanks for all the advise over the years at our lake property, at the Blades games, or over the phone, it meant and helped a lot. You & Janus were there for my family for the good, bad and ugly and always helped mentor us through. Charlies slogan was "Kids are good news" which meant if you were a child in the northland you would have benefited one way or another by Charlies good nature and love of children, and devotion to education. I will never forget the campfire smoke signals you demonstrated at our lake property, so many fond memories of the Hinson, Massock, and Smith family get togethers. You will be dearly missed Uncle Chuck, happy to have had you in our lives!
Darren Smith
June 21, 2014
I meet Charlie when I started teaching at New Mark Middle school. One of my favorite memories is his walking every where with is coffee. I don't think I ever saw him without it. We became instant friends. Charlie was an avid Theatre goer and came to a couple of my shows. Very supportive, it meant a lot to me. Charlie always was supportive, friendly, and fun to be around. He will be missed.
June 19, 2014 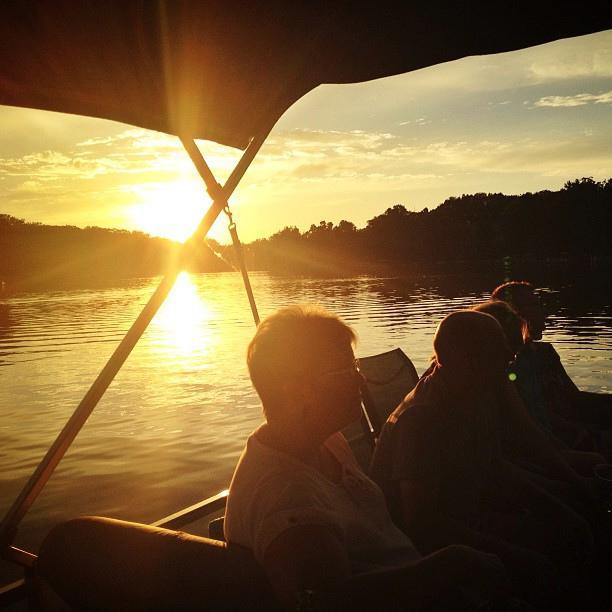 Charlie Hinson was one of those people that grabbed you right by the funny bone AND the heartstrings. I will miss him so very much. He made me smile and laugh and I just knew he was there for me. Tears are flowing here but I know he's up there watching over us all. Heaven's in for some big laughs and genuine 'good'ness with the arrival of Charlie's beautiful soul.

My kids at school through all the years always loved his stories: "How does he know so much?"...and my favorite.. "He's the MAYOR!"

Last fall Charlie and Janus had a gathering at their beautiful home on Lake Waukomis. Charlie took a bunch of us out on the PONTOON for a ride around the lake. It was THE PERFECT NIGHT. Warm, slight breeze, and beautiful evening light. I'll never forget that night. I wish it wasn't my last night on the lake with Charlie. I will go there in my dreams....!

Blessings to Charlie's entire family. Charlie impacted me deeply; I am a better person for knowing Charlie! I will carry his spirit with me for the rest of my days!
Laura Gilchrist
June 19, 2014
I am very saddened to hear of Charlies passing. I,for one, always enjoyed his sense of humor and outlook on life. A great man has been taken and will be missed by many.
Craig Rupp
June 18, 2014
Janus, as I am sure you know, Charlie and I did not always agree on city matters, especially during his early days as the Mayor, but as we progressed through time, we found a sweet spot and I like to think we relied upon each other to make decisions that were best for our community. I consider Charlie a dear friend and always appreciated his interest in our kids activities...that meant a lot to Lisa and I. We also enjoyed a common interest of college wrestling, given OSU has a great tradition of college wrestling. My last conversation with Charlie was about leaving a positive legacy. He clearly accomplished that. He will be missed, but not forgotten. 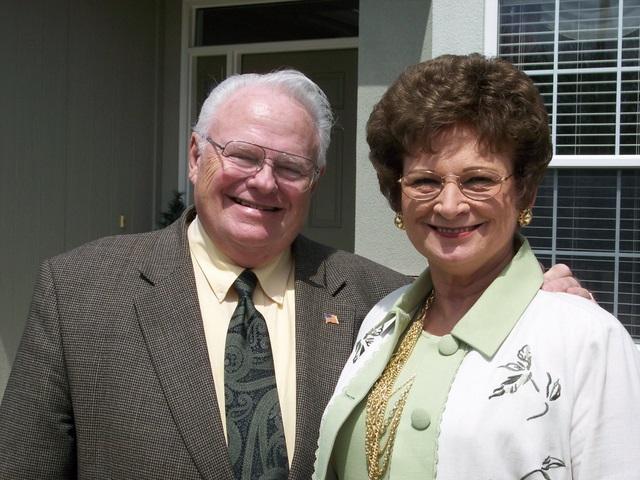 To Janus and the Hinson family, Barbara and I were so sad to learn of your loss. We always enjoyed visiting with you and Charlie at Christopher's football and baseball games. Charlie was a good grandfather to Christopher and a leader in the community. As one of Christopher's other Grandads, I know I will miss Charlie in our family circle. He was a friend and a good man. Our love and prayers go out to you, Derek and the rest of the family. May God walk with you during this time of grief.
Robert Chizek
June 17, 2014
Charlie was a great man and was always there to help others. I could always count on him for words of wisdom and a good laugh! He had a great way of looking at life and keeping things in perspective. He will be missed. Peace to Janus, his angel on Earth, and to all his beloved children and grandchildren. My prayers are with each of you.
Janet Grinzinger
June 17, 2014
I will miss Charlie at all the Park athletic events.
So sorry for your loss, Pat Fayard
June 17, 2014
Janus I am so sorry. I will miss Charlie's booming laugh, wicked sense of humor and his friendship. I loved his story telling and respected his true devotion to family, his community and the students he worked with. My thoughts and prayers are with you and your family.
Susan Arnot
June 17, 2014
Showing 1 - 12 of 12 results