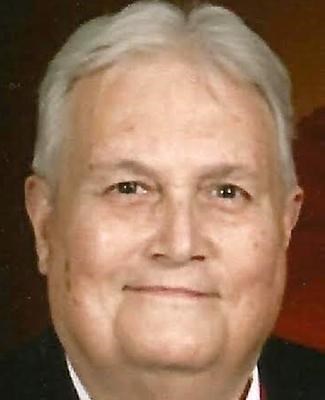 BORN
July 15, 1937
DIED
April 30, 2015
Charles R. Keller, 77, went home to the Lord on April 30, 2015. Charlie was born and raised in Kansas City, attending Pinkerton Elementary School and Southeast High School. He joined the Army National Guard after graduating high school, and retired as a Major after 20 years of service. He earned his Bachelor's degree from UCM. Charlie joined the Kansas City, Missouri Police Department as a young man of 21, and during his 30 year career worked as an accident investigator, district patrolman, dispatcher, traffic enforcement officer, hit-and-run detective, and coroner's investigator. He was also one of the department's original "Officer Friendly" speakers. He became a magician as part of this program in order to more effectively teach children about safety. After retiring from the KCPD in 1989, he joined the Jackson County Sheriff's Department, working in the Community Relations Unit. He was a D.A.R.E. instructor, thus continuing his Officer Friendly-style work with children for another 20 years. Charlie was an active member of Leawood Baptist Church. He served on many committees and as a deacon, and was recently awarded Deacon Emeritus status. He was also an active member of the Gideons and gave out Scriptures to every waiter or waitress who served him. An avid Scouter, Charlie was involved with his son in Troop 62, and loved camping at the H. Roe. Bartle Scout Reservation where he was known as warrior Silver-Haired Bear in the Tribe of Mic-O-Say. He is survived by his wife of 54 years, Linda, son Charles R. Keller II and his wife Lotte, daughter Rebecca L. Cottle and her husband Ben, grandchildren Katarina and Karsten Keller, Joshua and Samantha DeGroff, their father Charles DeGroff, and brother Richard Keller. Visitation is Tuesday, May 5th at Leawood Baptist Church (83rd and State Line) from 6 to 8 pm, and the funeral will also be at the church on Wednesday at 11 am. Burial with military honors will be at Mt. Moriah, 105th and Holmes. The family requests no flowers, but contributions in Charlie's honor can be made to Leawood Baptist Church or The Gideons International. Online condolences may be expressed to the family at www.muehlebachchapel.com Muehlebach Funeral Care. Established and Family Owned Since 1954.

To plant trees in memory, please visit our Sympathy Store.
Published by Kansas City Star on May 3, 2015.
MEMORIAL EVENTS
May
5
Visitation
6:00p.m. - 8:00p.m.
Leawood Baptist Church
83rd and State Line
May
6
Funeral
11:00a.m.
at the church
GUEST BOOK
Sponsored by Kansas City Star.
22 Entries
Charlie was such a great person and I had the honor of working with him in the traffic enforcement unit for three years. He did his magic show for my sons fifth birthday and it was amazing. My son talked about it for many years. God bless you Charlie Keller. Ben Eyre retired KCPD Dec 1996
June 4, 2015
So very sorry to hear of Charlie's passing. He was a true gentleman, and friend. Charlie brought many honors to the Sheriff's Office as a result of his compassion and work, especially with the DARE program. I very much enjoyed having him in our Division. I am sorry to have missed his service- I surely will miss him. God Bless his family.
Howard Anderson
May 6, 2015
My prayers for the Keller family. May the Lord Jesus comfort you are during this time.
Sidney & Beverly Anderson
May 5, 2015
Thanks for being so attentive as my deacon, Charlie...I'll miss you! Love and prayers to your family.
Laura Farris
May 4, 2015
Charlie was an active member at Leawood Baptist Church, not just getting involved in church, but Bible study. He was a great Christian and fellow student in my Sunday School class. He participated quite often and I love his curiosity about the faith, always asking deep and thoughtful questions. He will be missed.
Jason Choi
May 4, 2015
There was only one Charlie Keller and everyone loved him. He will be sadly missed by his family who he shared his daily life with, by those who had the honor of working with him, by his Leawood Baptist Church family, and by everyone who had the privilege of knowing him. We were BETTER TOGETHER also!!!!!
Larry and Mary Cook
May 4, 2015
There was only one Charlie Keller!!! He will be sadly missed by everyone who had the pleasure of knowing him. LBC "BETTER TOGETHER" ALSO!!!!!
Larry and Mary Cook
May 4, 2015
Keller family, please know that you are in our prayers as Charlie has been during his illness. We loved Charlie and it was an honor to call him a friend. It will be hard to not see his smiling face and helping hands, but we know it won't be long before we will see him again. RIP our friend.
Danny and Susan Jetton
Danny and Susan Jetton
May 4, 2015
My back yard neighbors then our officer friendly and finally a deputy. All along our family's were in touch in someway with Facebook bring me back to my backyard neighbors. You are in our prayers and heaven has a new angel that will be watching over Hugs
Lisa Ladd
May 4, 2015
Becky, Jim and I so very sorry for your family's loss. Sending love to you and yours! So glad he's not suffering any longer.
May 3, 2015
I worked with Charlie many years ago, while with the KCPD. I last saw him in the late 60's while visiting K.C.I left the dept. in the 60's to take a job in law enforcement in L.A. It seems we both spent nearly 40 years in that field. Charlie was a great officer & a wonderful person. I know he will be missed by all who were lucky enough to know him.
Larry Agnew
May 3, 2015
I'm so very sorry for your loss, he's a wonderful man who's made am impact on so many, May you find some comfort in all the great memories he's left you with. Love and Hugs, Lisa Cameron.
Lisa Cameron
May 3, 2015
To Charlie's Family,

What a joyful person to be around, on the PD and elsewhere. Crossed paths with him in different places over the years and he always was lifting ones attitude. May you be blessed with his lasting legacy.

God Bless You!
Dan French
May 3, 2015
I had the chance to meet Charles Keller just one time in my life, in a very special occasion, in my first Christmas in the USA. I was invited into his family and he treated me with close and warm acceptance. In certain way he has been the first American man I spoke with, an important man, with a life full of responsibilities, and I will never forget his deep curiosity, his smile and kindness, his evident strength and charisma, which impressed me, and made me admire people from this great country.
Virio Guido Stipa
May 3, 2015
Chuck Gillam
May 3, 2015
A great man that will be greatly missed.
Susanna Marshall
May 3, 2015
Charlie was a great guy he will be missed by everyone who new him.
Rick Jones
May 3, 2015
I remember Charlie for many things, most of all his all encompassing love for everyone. Always a smile, usually a little joke and frequently a new magic trick to show. A gentleman, a friend, a confidant and a brother in law enforcement. He had 50 years of carrying a gun for someone or some entity. I always wanted that 50 years for me but I only had 43! Our thoughts and blessings go to him, his family and all his friends and co-workers. Clyde W. "Randy" Pace, 111.
May 3, 2015
It was a pleasure to know you and have worked with you. RIP BROTHER
Richard Weidemeyer
May 3, 2015 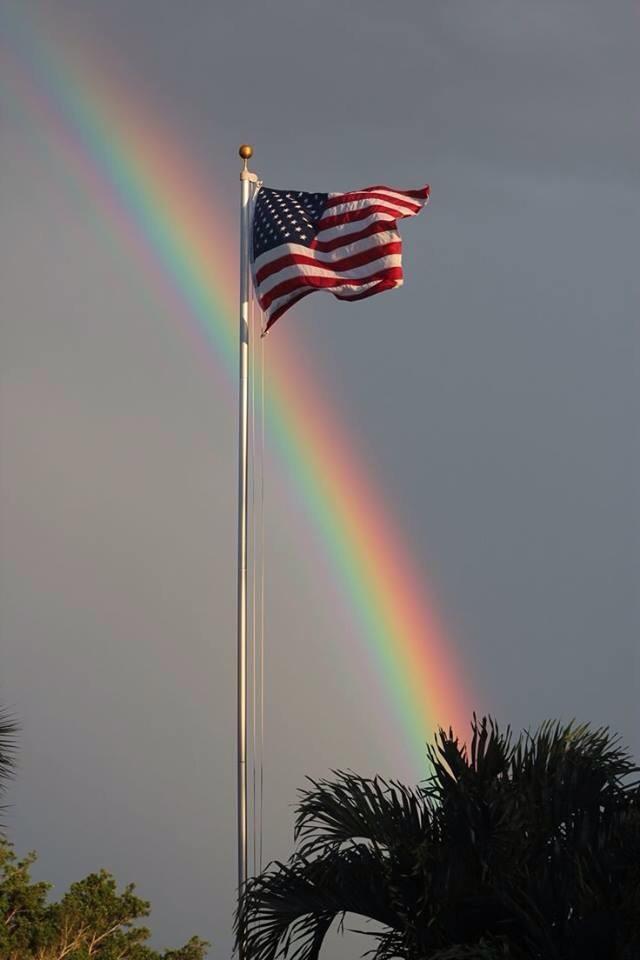 I had the distinct good fortune of knowing and working with Charlie at both KCPD and JCSD. Throughout the many years I was around him, Charlie exuded a quiet and gentle charm. He could be tough as a police officer when the situation demanded it, but Charlie's greatest impact was with children. A co-worker of his said Charlie was THE Officer Friendly at KCPD. At JCSD, Charlie was also in his element as a DARE officer. I shall miss my friend, his smile, his laughter, his cherubic nature. I have missed, for twenty years, those enthusiastic religious "discussions" we often had. But I was blessed to know this fine man. He touched my life, and my life shall be forever diminished by his absence from it. Rest in Peace, old buddy. Enter into your much deserved Eternal reward.

Linda, Charles, Becky, may the cherished memories of your loving husband and father bring you comfort in the days ahead. Rest assured, an extensive list of friends and co-workers, both military and law enforcement, share with you the loss of this gracious man. I am one of them.
Donnie Bowerman
May 3, 2015
Charlie was a kind.caring man, a great police officer who will be missed by all.
Curtis Dowdell
May 3, 2015
Charlie was such a sweet man. We will miss him very much. Better Together..
Bob and Jodie
May 2, 2015