DORIS JEAN CRANFILL
1921 - 2015
BORN
1921
DIED
2015
FUNERAL HOME
Park Lawn Funeral Home - Kansas City
8251 Hillcrest Road
Kansas City, MO
Doris Jean Cranfill, passed away January 13, 2015. She was born March 13, 1921 to William and Clara Cranfill in Sedalia, MO and joined sister, Lenora, who was two years her senior. She attended the University of Kansas City where she enjoyed performing in recitals and drama productions. She was elected to Who's Who in American Universities and Colleges, an honors group. She taught vocal music at Barstow School from 1949 to 1956. She moved to Juneau, Alaska where she was Supervisor of Vocal Music until retirement in 1974. She returned to Kansas City and taught at Penn Valley Community College three semesters, substituted in K. C. Public Schools. She was a private music teacher until January 2014. She was a soloist with the orchestra in the K. C. Summer Music in the Parks for several years. She was a soloist and choir director for churches in Kansas City and Juneau, Alaska. She enjoyed music, drama and creative writing. She was a member of Sigma Alpha Iota, Honorary Music Fraternity for Women, Delta Kappa Gamma, Honorary Society for Teachers, Kansas City Musical Club, Missouri Federation of Music Clubs and National Federation of Music Clubs. She was preceded in death by her parents and her sister. She is survived by cousin, Margaret Jo Butler; seven great nieces, nephews and their children; Dania and Randi Bruner (Corey and Alex), Jeffrey and Debbie Newton (Michelle), Robin and Eric Brizendine (Trinity). Jennifer Cooper (Chelsea and Clay), Judi and Dennis Prince (Casey and Tyler), James and Darci MacKay (Taylar, Tatum and Andrew) and Kelly and Don Wedd (Adrian, Tanner, Tristan). Remembrances may be sent to Sigma Alpha Iota, Kansas City Musical Club or the charity of choice. Memorial services will be 2:00 pm Saturday, January 17 at Park Lawn Funeral Home, 8251 Hillcrest Rd., Kansas City, MO. 816-523-1234.

Published by Kansas City Star on Jan. 15, 2015.
To plant trees in memory, please visit the Sympathy Store.
MEMORIAL EVENTS
Jan
17
Memorial service
2:00p.m.
Park Lawn Funeral Home - Kansas City
8251 Hillcrest Road, Kansas City, MO
Funeral services provided by:
Park Lawn Funeral Home - Kansas City
MAKE A DONATION
Please consider a donation as requested by the family.
MEMORIES & CONDOLENCES
Sponsored by Kansas City Star.
20 Entries
I was a student at Barstow School in the early '50's--Miss Cranfill taught all of us little girls about all kinds of music, and gave wonderful Christmas programs with all children singing. Also, early English folk songs, French songs, many varied and marvelous things. You made quite an impression on this shy only child.
Karen Coate/Summers
Student
December 10, 2020
Miss her more each day. She had a beautiful impact on my life. Her music lives on.
Marlene Palmer Ciraulo
Friend
January 12, 2020
I am writing for her friend, Rosalind Hermes. We didn't know about Doris' passing until Rosie's Christmas letter was returned. We are deeply sorry to know of her passing. Our belated condolences to the family. She was a dear friend to Rosie.
January 10, 2016
Miss Doris Jean definitely help to shape many lives and voices! I was in chorus for all 4 yrs if H.S. All the musicals, providing music for the CommunityThanksgiving Day Services and on and on! She mothered I mean mentored many kids over the years. Her laugh was contagious. I had the privelige of visiting her in Kansas City 2 different times. She was still giving voice lessons, piano lessons and active in community music endeavors. What a great lady! I'm sure she's directing the Heavenly cherubs in song!
Christine Hansen Cook. JDHS Class of 1972
April 23, 2015 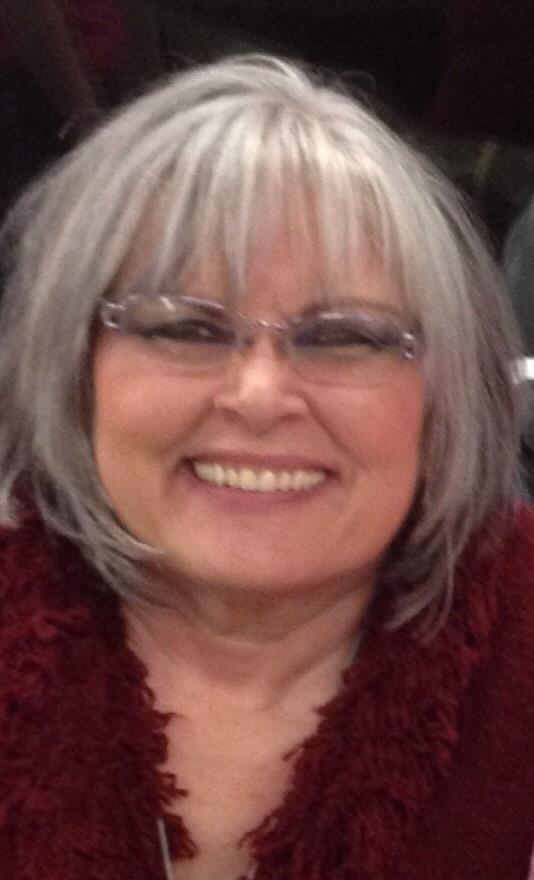 I was so sorry to see Mrs Cranfill passed away. She was my music teacher at Juneau-Douglas High School in Juneau, Ak. I always loved her smile. I pray the Lord give you His peace as you go thru this difficult time.
Ingrid Varness - Anchorage, AK
Ingrid Varness
March 12, 2015
I don't recall any class I took from Ms. Cranfill, but I sure do remember her. She was a wonderful person, always smiling, always a joy to speak with. The music instruction world has lost a dear friend.
Dan Kassner
February 26, 2015
Bless her music filled heart! Jeannie Wahto Smith
February 12, 2015
Miss Cranfill was one of my favorite teachers. I didn't have the greatest voice in the world, but she encouraged me and I really enjoyed her classes. She had the knack for selecting the best musicals to showcase her many students. She definitely chose the right profession.
Mary Catherine (Thibodeau) Lampert
February 4, 2015
Miss Cranfill was one of the best teachers I ever had. She was stern (with the boys) but everyone loved her. I graduated from Juneau-Douglas High School in 1970 and have always remembered her. I was very glad to have known her and honored to have her as a teacher. Patti Kent
Patti Kent (Yeaple)
February 4, 2015 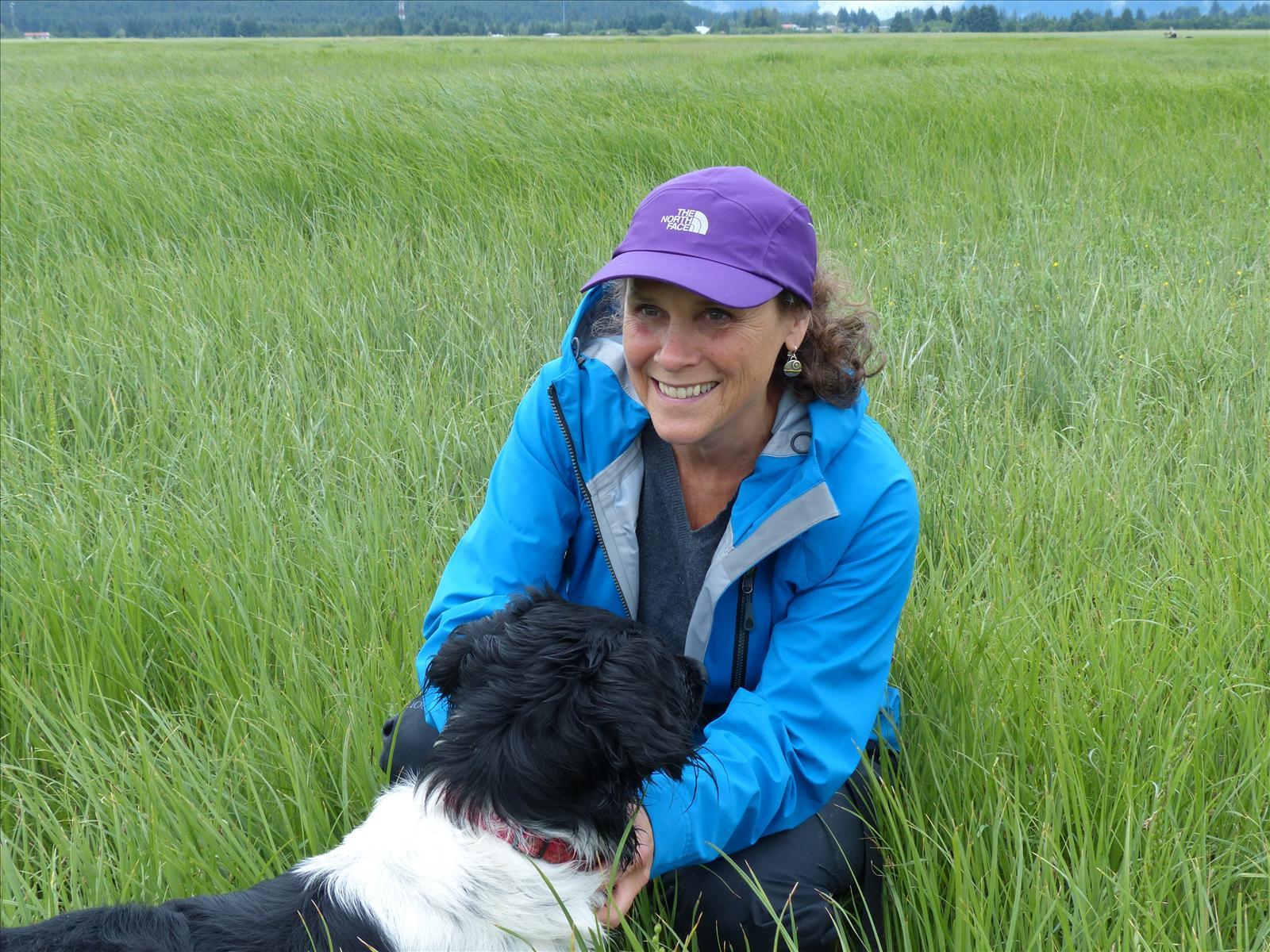 I have many fond memories of Miss Cranfill. She was a wonderful choir director and music teacher. She helped me to do my first accompaniment of the choir in a staged production - The Sound of Music. Actually inspired me to become a music teacher. Miss Cranfill will be greatly missed.

Ann Boochever, Juneau
February 3, 2015
From 8th grade thru my junior year of high school, "Miss Cranfill" was my favorite teacher. She believed in my voice and in my ability to perform on the stage in major roles with Gilbert and Sullivan operettas. She was a great role model and will always have a place in my heart.
Michael Fleischhauer
February 3, 2015
Miss Cranfill had a tremendous influence on my music life. She taught me to enjoy music like I never dreamed possible. Music has gotten me through the ups and downs of adult life and raising a family. We have lost a grand and gracious lady with a magnificent talent that the world was blessed to have Thank you Miss Cranfill for all you were to so many. RIP and we'll see you on the other side. Marlene Palmer Ciraulo
February 3, 2015
Miss Cranfill was such a big part of my life in high school. She was so encouraging with my singing in the chorus, special groups, voice lessons, and piano playing. She made my life richer.
Barbara Whiting
February 3, 2015
Miss Cranfill was, without a doubt, my favorite teacher in Juneau. She really cared about her students and she was an inspiration to me at a time in my life when I needed it most.
Polly (Poss) Paulson
February 3, 2015
Loved seeing Miss Cranfill's smiling face in the hall as I passed the choir room going to band each day. She would always greet me by name. She organized a group of us to sing at our high school graduation. She chose " We Will Have These Moments to Remember" for us to sing. I loved the way she would sign her name in our yearbook with "d c" on a treble clef . She is part of my fond memories of Juneau-Douglas High School. Jeanne Martin Lowenthal
February 3, 2015
I will miss your presence in this world Miss Cranfill you touched my life in so many ways.
Jill Potter
February 3, 2015
Sorry for the loss of Miss Doris Jean Cranfill. I first remember her was in 5th Street School in Juneau,"...walk, no running"....from church all through High School she was a big part of our life in Juneau. Just the best and will be missed.
Doug Burrows
February 3, 2015
Almost everybody in who grew up singing in Juneau between the mid-1950s to the 80s learned to sing from Ms. Cranfill. Every time I stand up with the rest of a chorus, I think of her. The voices of Juneau are in her debt forever.
Dennis Harris
February 3, 2015
Ms. Cranfill was an amazing lady who loved to laugh and tell jokes. My son was one of her last students. Whenever we left her company, she would say 'I love you!'. We are going to miss you Ms. Cranfill!
Anoja Perera
January 20, 2015
An outstanding piano teacher to our son. A great person who cared about people. Loved when she coordinated recitals for her students. Will miss Doris Cranfill. The Tancredi family.
john tancredi
January 17, 2015
Showing 1 - 20 of 20 results