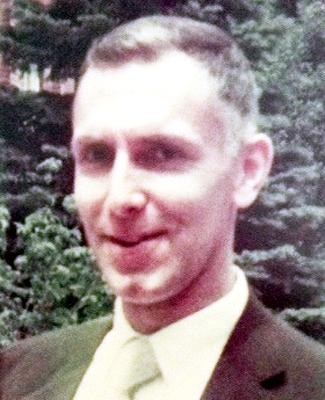 BORN
1928
DIED
2014
FRANCIS X. "FRANK" REARDON Francis X. "Frank" Reardon, 86, beloved husband of Mary Anne and loving father of Derek and Jenny passed away July 6, 2014, in Overland Park. He was born on May 14, 1928, in Richmond, Va., the son of Francis X. and Carolyn Reardon. His father was the creator of the pantomime comic strip Bozo, which was syndicated by the Chicago Times Syndicate. In September of 1949, he joined the Society of Jesus (Jesuits) to begin a 14 year course of studies. He served as a priest in the Archdiocese of Washington D.C. until 1970. In 1968, while still in the Jesuits, he accepted a position with the Federal Housing Administration in the Dept. of Housing and Urban Development (HUD) in Washington DC. In 1970, he resigned from the Jesuits and was married to his wife of 44 years, Mary Anne. He was transferred to Atlanta, and subsequently to Greensboro and Omaha. In 1983, he was transferred to Kansas City to become the Regional Director of Housing for HUD. In 1992, he retired from HUD and became a part-time instructor in philosophy at Johnson County Community College where he taught for the next 15 years. In 2009, he published a book about his lifetime experiences, The Search: Analytical Reflections on the Search for Meaning in Everyday Life. Frank was preceded in death by his son, Derek and his brother, Joseph J. Reardon. He is survived by wife, Mary Anne; daughter, Jenny Reardon of San Francisco; sisters, RoseMary Cosby and Margaret Ann Latimer; brothers, John E., Patrick A., Michael T. and Gordon T. Reardon of Richmond; and several nieces and nephews. A Mass of Christian Burial will be at 10:30 a.m. Thursday, July 10, at Holy Spirit Catholic Church, 11300 W 103rd St., Overland Park, KS 66214. An interment will follow at the Johnson County Memorial Gardens, Overland Park. The family will receive friends from 9 to 10 a.m. at the Johnson County Chapel, 11200 Metcalf Ave., Overland Park. In lieu of flowers, the family is requesting that donations be made to Village Shalom, 5500 W 123rd St., Overland Park, KS 66209 or to Room To Read, 111 Sutter Street, 16th Floor, San Francisco, CA 94104. Fond memories and condolences for the family may be left at www.johnsoncountychapel.com Arr.: Johnson County Chapel, Overland Park, (913) 451-1860.

To plant trees in memory, please visit our Sympathy Store.
Published by Kansas City Star on Jul. 9, 2014.
MEMORIAL EVENTS
Jul
10
Calling hours
9:00a.m. - 10:00a.m.
Johnson County Chapel
11200 Metcalf Ave., Overland Park, Kansas
Jul
10
Mass of Christian Burial
10:30a.m.
Holy Spirit Catholic Church
11300 W. 103rd St., Overland Park, Kansas
Jul
10
Interment
Johnson County Memorial Gardens
, Overland Park, Kansas
GUEST BOOK
2 Entries
I worked with Frank at HUD for many years. He was a good friend and I enjoyed listening to his views on life. Many times when I was down he inspired me to go forward in overcoming my problems. A fine man who made sincere and care efforts to help his fellow friends believe in. Themselves! God bless and watch over you "mi amigo"!
Frank Martinez
July 13, 2014
Mr. Reardon was a kind and giving person who accepted
people as they were...I loved that about him. He also had a great sense of humor!
July 12, 2014