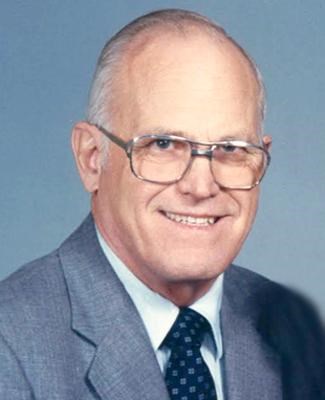 BORN
1924
DIED
2013
FUNERAL HOME
Amos Family Funeral Home
10901 Johnson Drive
Shawnee, KS
Glenn Keith Davis, 89, of Shawnee, Kan., passed away December 12, 2013. The visitation will be from 12 to 2 p.m. Monday, Dec. 16, at Lenexa United Methodist Church, 9138 Caenen Lake Rd, Lenexa, Kan., followed by the funeral service at 2 p.m. Graveside burial service will be at 11 a.m. Tuesday, Dec. 17, at Leavenworth National Cemetery, Leavenworth, Kan. Procession will leave from Amos Funeral Home at 10 a.m. for those wishing to attend. In lieu of flowers, the family suggests donations be made to Lenexa United Methodist Church or a charity of your choice. Glenn was born to Keith and Grace (Fann) Davis on May 4, 1924, in Kansas City, Mo. He graduated from Manual High School in 1943 and received a B.S. in Mechanical Engineering from The University of Missouri in 1950. He was a Veteran of World War II serving as an aviation machinist mate 3rd class in the United States Navy aboard the USS Franklin. The story of his harrowing experience aboard the Franklin on March 19, 1945, appears in the book, The Inferno, by Joseph Springer. He married Wanda Jean Murray in 1946 and on Dec. 22, they would have celebrated their 67th anniversary. They have lived in Shawnee Mission, Kan., since 1959. He worked eight years at General Motors, followed by 25 years at Bendix, now Honeywell. After his retirement in Feb. 1983, Glenn worked extensively on genealogy. He also began oil painting still life, scenery and portraits of his children and grandchildren. He was an active member of the Lenexa United Methodist Church and a lifetime member of the Shawnee VFW Post 10552. He volunteered several years with Junior Achievement during his tenure at Bendix. Glenn was preceded in death by two sisters, Margery Reiss and Mildred Murray; and two grandchildren, Joshua and Jennifer Conyers. He is survived by three children, Steve and his wife Lelah Davis of Columbus, Ohio, Nancy Wagner, and Judy and her husband Ken Hensley of Shawnee Mission. He is also survived by seven grandchildren, 10 great- grandchildren, nieces and nephews who will greatly miss him. Online condolences may be expressed at www.amosfamily.com. Arr.: Amos Family Chapel of Shawnee, (913) 631-5566. The Amos Family Funeral Home, Crematory, Chapels. 913-631-5566 amosfamily.com

Published by Kansas City Star on Dec. 15, 2013.
To plant trees in memory, please visit the Sympathy Store.
MEMORIAL EVENTS
Dec
16
Visitation
12:00p.m. - 2:00p.m.
Lenexa United Methodist Church
9138 Caenen Lake Rd, Lenexa, KS
Dec
16
Funeral service
2:00p.m.
Lenexa United Methodist Church
9138 Caenen Lake Rd, Lenexa, KS
Dec
17
Graveside service
11:00a.m.
Leavenworth National Cemetery
Leavenworth, KS
Funeral services provided by:
Amos Family Funeral Home
MAKE A DONATION
Please consider a donation as requested by the family.
MEMORIES & CONDOLENCES
Sponsored by Kansas City Star.
2 Entries
I am grateful for the life of Mr. Davis. Thanks to his service and to the service of others in our armed forces, my family and I have been able to lead our lives in freedom and peace.
Bob
December 15, 2013
It was a real honor to have known Glenn! I pray that the Lord will provide comfort to you family as he welcomes Glenn into heaven.
Dann Conyers
December 15, 2013
Showing 1 - 2 of 2 results