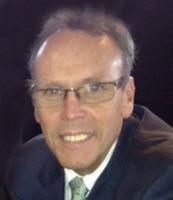 BORN
1956
DIED
2020
Henry E. Leonard
July 28, 1956 - November 10, 2020
Kansas City, Missouri - Henry E. Leonard, 64, passed away Nov. 10, 2020, after a courageous battle with Glioblastoma brain cancer. He was born in Kansas City, MO, and was a lifelong resident. He graduated from Southwest High School (1973) and Kansas State University (BS marketing, 1978), and he earned an MBA from Southern Methodist University in 1981. For many years, Henry operated Marthabelle's Print Shoppe, 51st and Main, in the neighborhood where he grew up. Henry also invested in other real estate properties, but, most important, he had legions of friends. He was involved in many volunteer, civic and social activities. He was active in the KC Young Republicans and the Jaycees. He was a member of the Rotary Club of Kansas City (Club 13, 29 years), the Native Sons and Daughters of KC, Kansas City Urban Core Group, and United Methodist Church of the Resurrection. Henry was an avid consumer of Kansas City history. He read continuously and studied and analyzed all phases of business and history, as well as social, political and religious theories. He loved hiking and cycling, and boating at Lake of the Ozarks, where he owned property. Henry was preceded in death by his father, Henry R. Leonard. He is survived by his mother, Marthabelle Leonard; sisters Rebecca (Tim) Hyder and Martha (Patrick) Voight, niece Elizabeth(Mike) Page, and great nephew Harrison Page. Due to Covid-19, funeral services will be private, but the service will be live streamed at 1
p.m. Tuesday, Nov. 17. Online condolences and live stream at mtmoriah.net. A celebration of Henry's life will be held later. Instead of flowers, the family suggests contributions to the Rotary Club or the Native Sons and Daughters of KC.

Published by Kansas City Star on Nov. 15, 2020.
To plant trees in memory, please visit our Sympathy Store.
MEMORIAL EVENTS
To offer your sympathy during this difficult time, you can now have memorial trees planted in a National Forest in memory of your loved one.
MAKE A DONATION
MEMORIES & CONDOLENCES
Sponsored by Kansas City Star.
6 Entries
The Missouri Jaycees send our condolences to the Leonard family.
Dave DeLaney
November 18, 2020
Henry and I lost touch over the years but I have always cherished the memories of times when we were kids. Our youth group gatherings were always a blast. Bike riding was indeed a challenge keeping up with him & Cliff Middleton! He was indeed a great man. I so remember with joy our youth group gatherings at their house off Main St. sending big hugs and lots of love to Mrs. Leonard, Becky and Martha! Keeping you all in my thoughts and prayers.
Letha Gensler Boyd
Friend
November 18, 2020
When I started my own business in March 2002, I found Henry and Marthbelles Print Shop by accident. While taking a wrong turn in finding my way to the Plaza for a business appointment, I said to myself, I have no business cards or stationary! I must go in there and get things started.

Within the next few days, Henry and his fantastic crew helped me create my new business logo for all my stationary, envelopes, business cards and
presentation folders (which ALL were made from recycled paper).

From the first day I met Henry, I knew he was my kind of guy. Because of his wonderfully gifted business and communication skillsets, Henry made it very easy for me as a customer to commit to conducting business with Marthabelles. He was wise, patient, creative and always wanting to "do it right the first time".

During the 20 years I've know Henry, I found him to not only be a great story teller, but even a better listener! He talked to me about anything/everything with a keenly intelligent-but engaging approach where my feelings and opinions were generously received.

For all these reasons and way much more, I am glad to have had the honor to call him friend. May his soul and friendship be of cherished memory forever. My sincerest condolences to Henry's Family....Your pal, Matthew Elyachar, President - GEM Commercial Flooring Company. Overland Park, KS
Matthew Elyachar
Friend
November 17, 2020
Moe and I are so very sad to hear of Henry’s death and the loss to you and your Mom, Rebecca, and especially you, Martha, and the remainder of Henry’s family. We met him in the mid 1980’s and knew Henry through many gatherings of his high school buddies and many other friends. And talk about fun at The Lake! Great times to be had by all especially during Kansas City Chiefs seasons! Henry was such a special guy to so many others! He had a loving heart, a big warm smile, was so funny, such kindness, willingness to help others, and his loyalty to everything he was involved in. His love of Kansas City is unparalleled. Henry was such a genuine and smart man to all who knew him. The Best of the Best”! May fond memories of dear Henry be held in our hearts and minds. A prayer:

Comfort Our hearts dear Lord and thank you that you are perfectly faithful; you never forget, never fail and never take back a promise. You have promised that you will respond to the prayer of those in need. Show compassion Lord and comfort our hearts, especially Henry’s family’s hearts as they mourn their beloved Henry. Through Jesus Christ, our Lord. Amen
Moe & Brenda Ryan
Friend
November 15, 2020
Martha-I was so very sad to read about Henry- I would run into him at Eggtc periodically and catch up! I just noticed this morning a “for lease” sign at Marthabelles and just thought it was due to Covid. I am so very sorry that it is for this reason!
I so remember our wonderful days at Nelson grade school and all the great kids!

My best,
Janie Flynn
Janie Flynn
Friend
November 15, 2020
We were so deeply saddened to hear the news about Henry. He was a wonderful man and a strong advocate for all things KC. He will be deeply missed by so many. We are thinking of you, Marthabelle, Becky, Martha, and Elizabeth.
Merrily & Jim Jackson
Family
November 15, 2020
Showing 1 - 6 of 6 results