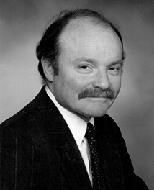 BORN
1945
DIED
2019
FUNERAL HOME
Langsford Funeral Home - Lee's Summit
115 SW 3rd Street
Lee's Summit, MO
Jack Lee Campbell Jack Lee Campbell died on September 29, 2019 at the age of 73. He was born on November 23, 1945, to Bernard C. and Sarah Campbell at St. Luke's Hospital in Kansas City. A proud Lee's Summit Missouri Tiger, he was inducted into the Lee's Summit High School Hall of Fame. Jack received his BA and JD from The University of Missouri-Columbia, where he was a member of the Apha Tau Omega fraternity, serving as President of the chapter and on the Housing Corporation Board for many years. An avid lifelong fan of all Mizzou sports, he even played Mizzou Rugby as an undergraduate.He belonged to the Jefferson Club and was a long time member of the Board of Trustees of the MU Law School Foundation. He was honored with the Order of the Coif in 2011. Jack began his law career at the Missouri Gas Service Company before joining the Shughart Thomson and Kilroy Law Firm (now Polsinelli), where he practiced labor and employment law. He served as the City Attorney of Parkville, Missouri, for 28 years. He served on the national board of directors of The American Judicature Society, chair of the Young Lawyers Section of the Missouri Bar and chair of the Board of Trustees of the Missouri Bar Foundation. He was active in the Kansas City Missouri Bar Association, chairing the Labor Law Committee, the Strategic Planning Committee and the capital campaign for the headquarters offices at Union Station. He received the prestigious Presidents Award in 2010 and the KCMBA Foundation Presidents Award in 2012 and 2015. Jack loved and was active in civic activities. He started early, receiving the Volunteer of the Year Award from the Urban Service Branch of the Kansas City YMCA and was elected in 1980 to serve the Brookside area in the Missouri House of Representatives. He was a member of the Civic Council and led the KC Chamber of Commerce Local Affairs Committee. He chaired the Board of Directors of the Kansas City Jaycees, the Urban League of Greater KC, AlphaPointe Association for the Blind and KC Neighborhood Association. He was active in his church, Country Club United Methodist, for over fifty years. Jack is survived by his wife Marsha, his sister Nancy, and his trusted hound Eddie, as well as extended family, Jim and Kathy Mulford, Tara and Ryan Adler and Ryan and Courtney Mulford. Jack was beloved by countless friends and will be deeply missed for his love, loyalty, laughter, tireless energy and buoyant good humor. In lieu of flowers, the family suggest donations be made to the Juvenile Diabetes Research Foundation or Country Club United Methodist Church. A visitation will be held on Thursday, October 3, 2019, from 10:00 AM till 12:00 PM with a service to follow at 12:30 PM at the Country Club United Methodist Church, 400 W 57th Street, Kansas City, Missouri, 64113. Arrangements: Langsford Funeral Home 115 SW 3rd Street, Lee's Summit, Missouri, 64063 (816)524-3700.
Published by Kansas City Star from Oct. 1 to Oct. 4, 2019.
To plant trees in memory, please visit the Sympathy Store.
MEMORIAL EVENTS
Oct
3
Visitation
10:00a.m. - 12:00p.m.
Country Club United Methodist Church
400 W 57th Street, Kansas City, MO
Oct
3
Service
12:30p.m.
Country Club United Methodist Church
400 W 57th Street, Kansas City, MO
Funeral services provided by:
Langsford Funeral Home - Lee's Summit
MAKE A DONATION
MEMORIES & CONDOLENCES
Sponsored by Kansas City Star.
26 Entries
Marsha: So sorry to hear of Jack's passing on the Missouri Bar website. It seems like so long ago that Jack and I shared office space during our short time together in the legislature. He was already a successful lawyer, and tolerated this kid from the country better than I deserved! Saw him much too infrequently in subsequent years, but occasionally at bar meetings, and kept up enough with him to know of his successful career.

Jack's was a life well-lived. He made things better for those around him. Hope you are well.
Jeff Schaeperkoetter
January 19, 2020
Marsha I want to send you my deepest condolences for your loss. Marvin and I slwsys enjoyed our time together. Blessings to you. Jack was a very special and outstanding person.
Sandra Ferguson
October 8, 2019
He will be missed but not forgotten. It was my good fortune to get to know Jack while working for the City of Parkville. Jack was the kind of City Attorney every City Clerk would appreciate: intelligent and experienced. He was considerate in all regards, came well-prepared and armed with a positive attitude. My respect for Jack grew quickly as I watched him successfully lead Parkville through numerous legal challenges, sometimes simultaneously battling his own health challenges and all the while keeping his sense of humor. Jack's optimism and love of life was inspirational for so many of us who were blessed to know him. My deepest condolences to you, Marsha, and all Jack's loved ones.
Claudia Willhite
October 7, 2019
Great humor and a warm heart with boundless generosity. Warm regards and sympathy to Marsha and family. The picture that accompanies this announcement brings back many fun memories.
Jim Davidson
October 4, 2019
I will miss so much seeing Jack at Owl Club and Bar functions. He contributed so much as a leader and otherwise both to our legal profession and to our community. He was an example of what a great lawyer and citizen should be. May he rest in peace. Jim Wyrsch
Jim Wyrsch
Friend
October 3, 2019
Our thoughts and prayers for comfort and peach are with you!

Lee and Kathie Glenn
October 3, 2019
Marsha,
I was so honored to have you and Jack as friends. You were so generous with your friendship. I was always impressed with the ability of Jack to take his diabetes in stride and not let it hold him back. I have often used it as a personal inspiration when things are tough. We don't often know how we inspire, but I can tell you that Jack both impressed and inspired me and I'm sure countless others. Whether it was to join a professional organization like Jaycees, run in a 10K or get involved in political fundraisers, you both encouraged us to go beyond our personal inclinations.
I'm quite sure that Jack is still impressing and inspiring with a restored energy.
I hope that you can find God's peace and joy during what must be a time of pain and anguish.

Sending lots of love from a long lost friend.


Jeff Miller
Howell, Michigan
Jeff Miller
October 3, 2019
Marsha,
You both were so instrumental in shaping your younger friends approach to life. I remember how honored I felt to have you both as friends. You were so generous with your friendship. Jack always impressed me with his approach to life, his ability to take his diabetes in stride. I've often, over the years, thought about his determination, and used him as an example.
You don't often realize the impression you make on people, but I can tell you that you both impressed and inspired. Whether it was to join a professional organization, like Jaycees, attend political fundraisers, or run in a race, Jack encouraged you to go beyond.
I'm quite sure he is inspiring and impressing still with a restored energy.
I hope you can find God's peace and joy in the midst of what must be pain and anguish.

Sending lots of love from a long lost friend. 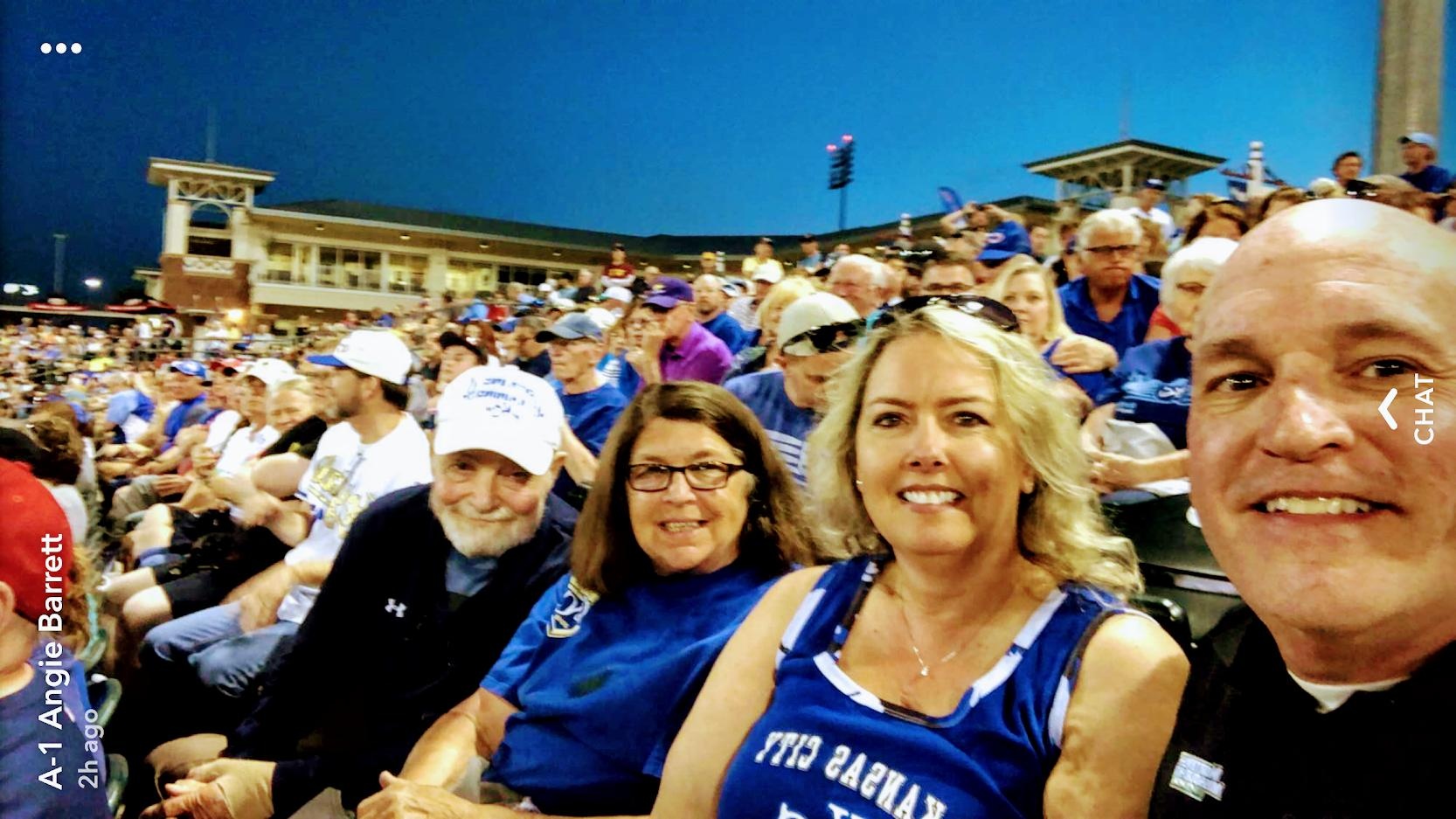 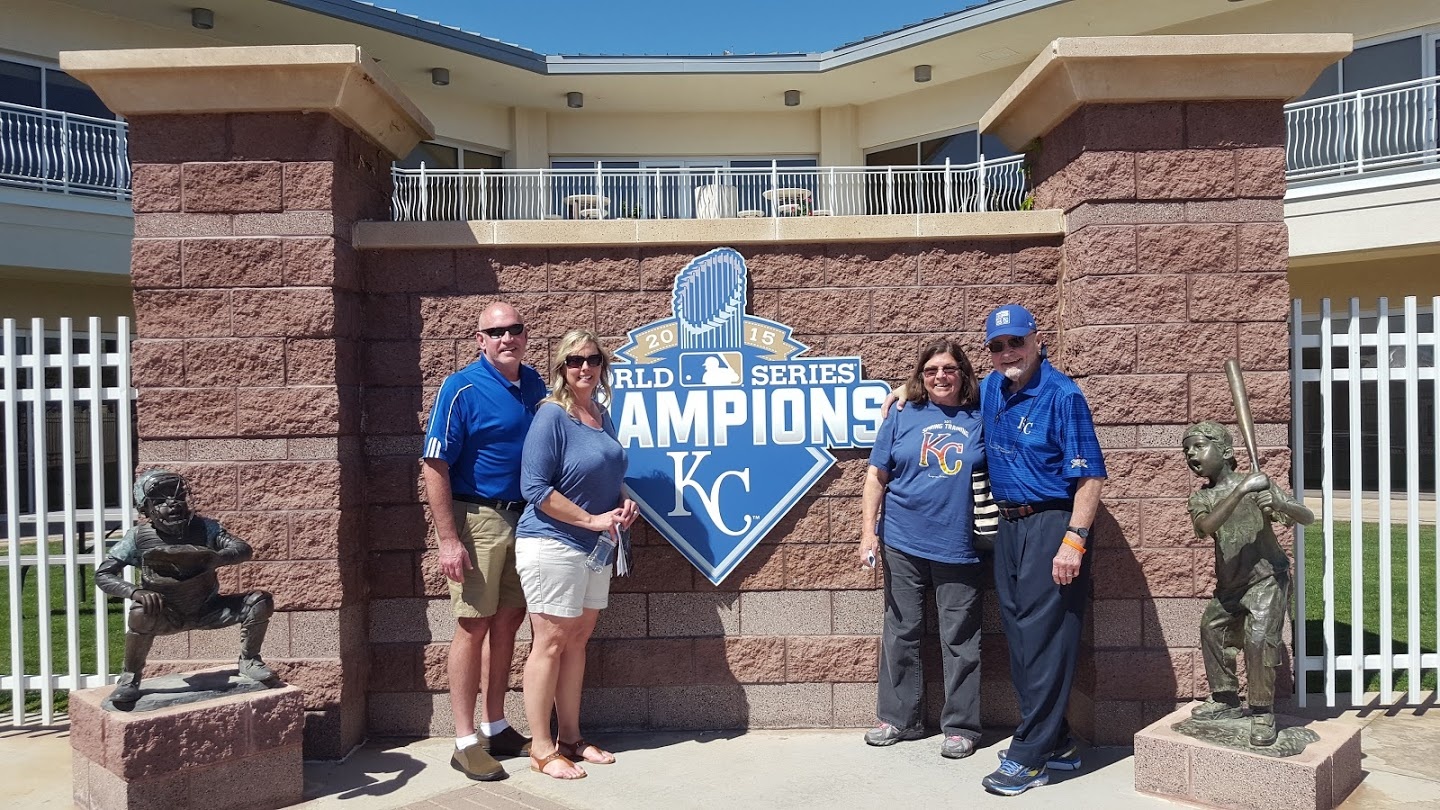 Phil Wright
October 2, 2019
The Missouri Jaycees and the Missouri JCI Senate sends our condolences to the Campbell family. Jack was US JCI Senator #20172.
Dave DeLaney #41203
National Vice President
US JCI Senate
October 2, 2019
Marsha I'm so sorry to hear about Jack. I wish I was sharing this with him before he was gone. I learned a lot from Jack and admired his ability to work hard but take most anything in stride. When life seemed to be at its worst, he never seemed to be focused on his needs, but what was happening with others around him. I remember talking with Jack shortly after a surgery, and although I could tell he didn't feel good he cracked a joke and then immediately asked about my boys and how I was doing. Jack had a way of making others feel special and sharing appreciation for everyone he worked with. I'll always remember his big smile, welcoming me, and making me feel like a close friend in short order. I'll miss you Jack.
Sean Ackerson
October 2, 2019
Mary Conkling
October 1, 2019
Jack was such a sweet and thoughtful man. He sent Rick and I several notes after JDRF Gala's always thanking us for our support. I treasured his warm heart and positive attitude. He will be so missed.
Cathy Baier
October 1, 2019
Jack was one of the most sincere, generous and kind people I have ever known. A great golfing buddy who loved to talk politics and of course, Mizzou and K.C. sports. It's impossible to express how sad it is to realize he is gone. I will miss him terribly.

Condolences and love to Marsha, his very best friend.
Gene Olson
October 1, 2019
A true friend and great guy-we were lucky to know him.
Jan and Jack Reis
October 1, 2019 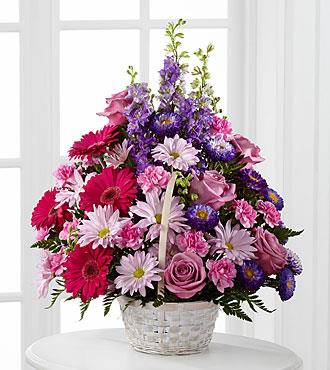 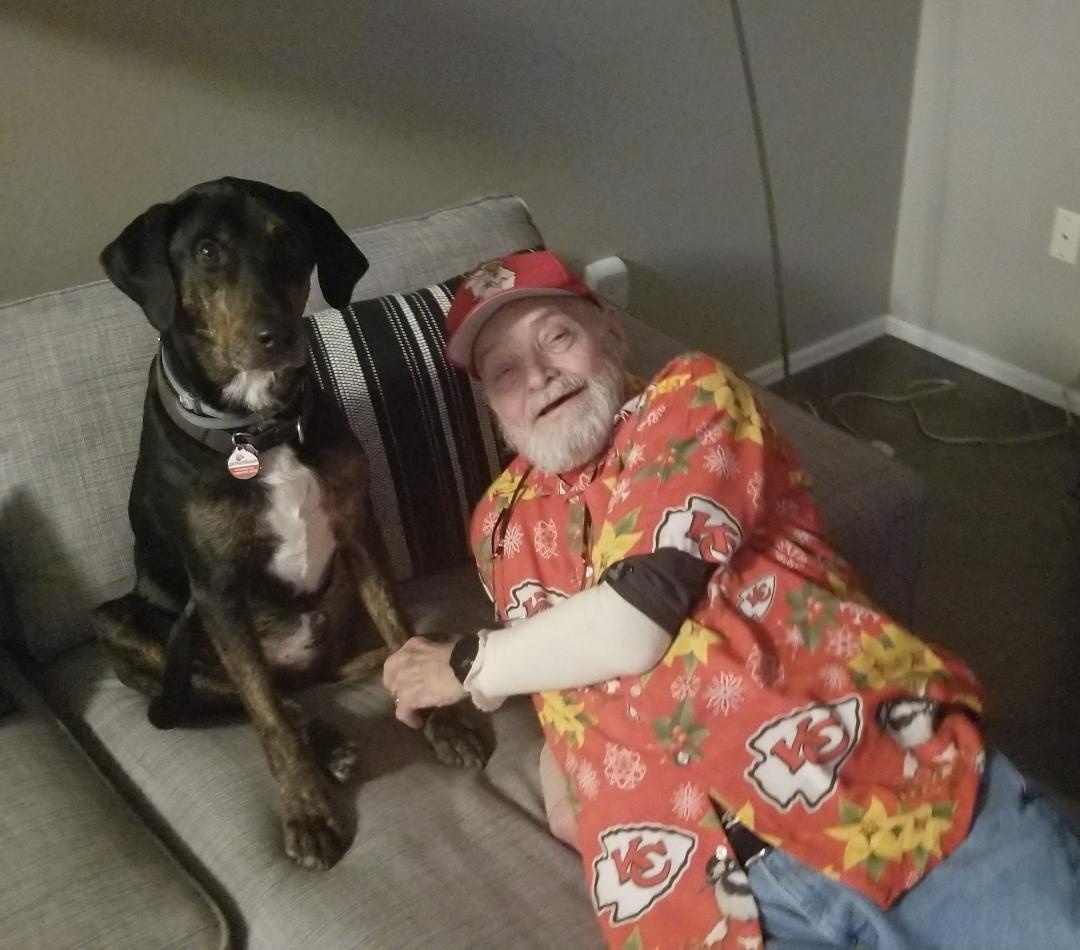 Gene Olson
October 1, 2019
It was my pleasure and an honor to work for Jack for several years at Shughart Thompson. Jack was always in good humor and was a vivid storyteller. Heaven will be brighter now with Jack. Marsha, you have my deepest sympathies.
Gwen Kasselman
October 1, 2019
Always with a story.Always with a smile. Always willing to help. We will miss you deeply.
Robert/Theresa Shackelford
October 1, 2019
Always with a great story. Always with a friendly smile. Always willing to help. Will miss you so much.
Robert /Theresa Shackelford
October 1, 2019
I extend my deepest sympathy to Jack's family at this time of grieving. I enjoyed Jack's leadership skills, advice and counsel. Our entire city is better because of him. Thanks for sharing him with us. Joanne M. Collins, former KCMO City Councilmember-at=large.
October 1, 2019
Although I was only at Mizzou from 67 to 68, I always remember how Jack's energy filled room. He always had a smile and greeted me as if we were good friends. I am forever grateful for Jack's presence.
E Michael Houlihan
October 1, 2019 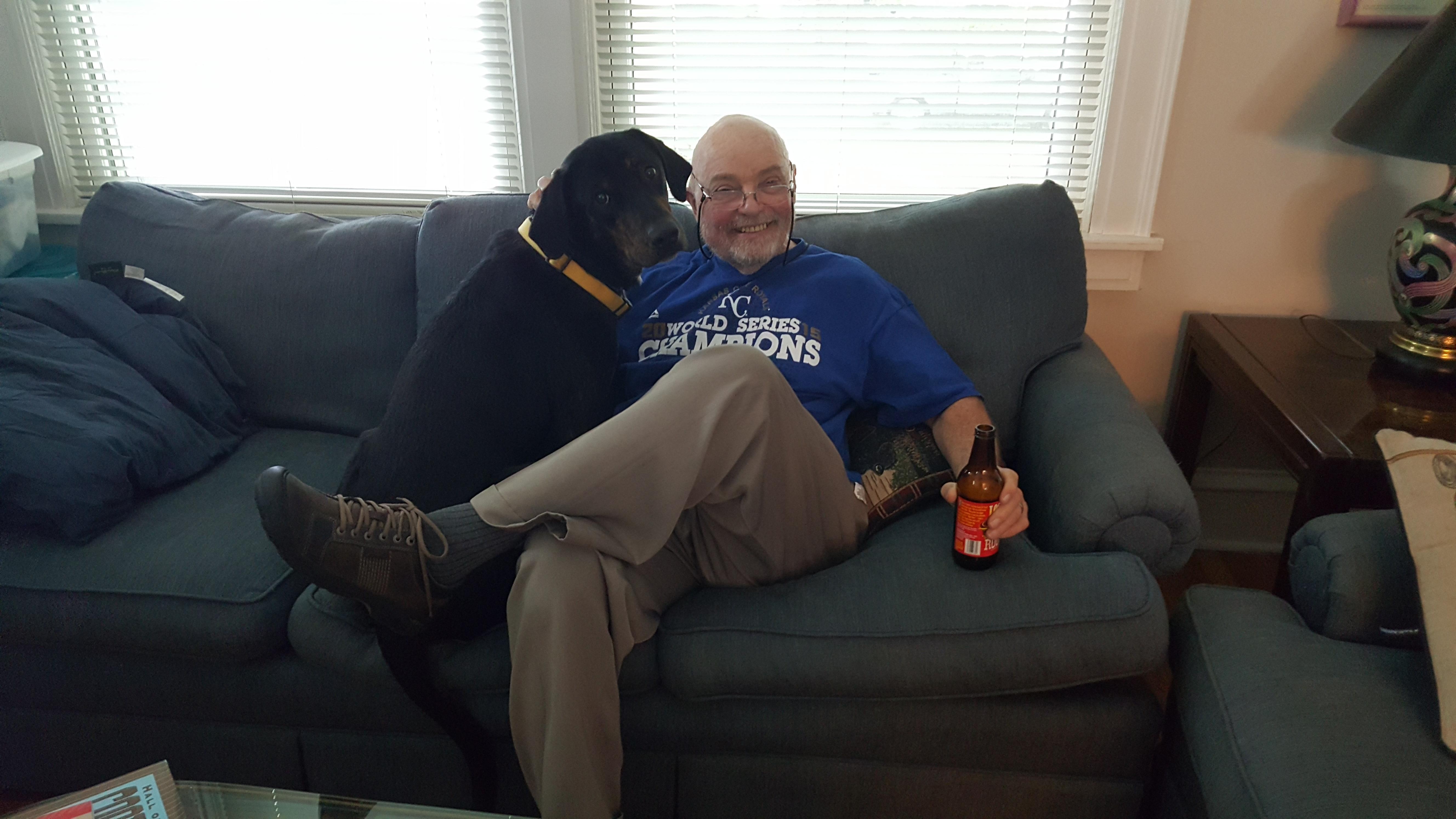