BORN
1928
DIED
2017
FUNERAL HOME
Dengel & Son Mortuary - Ottawa
235 S. Hickory St.
Ottawa, KS
JACKSON C. VANTRECE Jackson Cuba VanTrece, 89, former resident of Paola, Kansas passed away on Wednesday, September 13, 2017 at Aberdeen Village in Olathe, Kansas. Jackson was born on August 31, 1928 in Edwardsville, Illinois to Charles and Ruth Marie VanTrece. He grew up in Paola, Kansas and graduated from Paola High School in 1946. Jackson received his bachelor's degree from Pittsburg State University in Pittsburg, Kansas. He also held a master's degree. Jackson was a proud member of Kappa Alpha Psi Fraternity. He was also a veteran of the US Army during W.W. II. Jackson was united in marriage to Delores Wilson on November 23, 1950 at the AME Methodist Church in Paola, Kansas. After their marriage, they made their home in Kansas City, Kansas. Jackson was a history teacher, coach and counselor at Northeast Junior High School. After leaving the junior high school, he became vice principal at Sumner High School. In 1970, Jackson joined the University of Missouri-Kansas City (UMKC). He held the distinction of being the first Black academic dean at the University of Missouri-Kansas City holding the position of Assistant Vice Chancellor for Student Development. Jackson retired from the University of Missouri-Kansas City in 1985. He was preceded in death by his wife Delores VanTrece, his sister Zoebell Robinson, his brother Harry VanTrece and his sister-in-law Helen VanTrece. He is survived by his sisters-in-law Margaret Ann Wilson of Olathe, Kansas and Mary Kathryn VanTrece of Kansas City, Missouri. He leaves behind a host of nieces, nephews, cousins and friends all of whom will miss him greatly. He was a good man of great character, intelligent, kind, honest and well loved. Visitation is scheduled at 2 p.m. on September 23, 2017 at Dengel & Son Mortuary, 305 N. Pearl Street, Paola, Kansas 66071. Funeral is at 3 p.m. To leave a special message for the family online, please visit www.DengelMortuary.com. 913-294-2372. 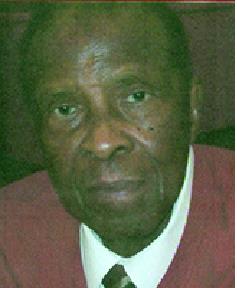