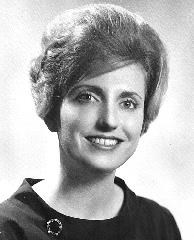 BORN
1935
DIED
2020
Jane Pecinovsky Fowler Jane Pecinovsky Fowler journalist, HIV activist, and memorable Kansas City personality died May 1 at Shawnee PARC longterm care in Overland Park. She was born on the Fourth of July, 1935 in Pittsburg, KS; grew up in Johnson County; and after graduating from the University of Kansas in 1957, lived in KCMO until 2017. Jane's long career began at the Kansas City Star, where she was a reporter and feature writer from 1957 to 1975. After leaving the Star, she wrote features on travel, food, and fashion as an associate editor at Bon Appetit, and later as a freelancer for numerous local and national publications. She was also a staff writer at The Independent, and Director of Community Services at Historic Kansas City Foundation. In 1991 Jane learned that she was infected with HIV, and committed herself to fighting that epidemic. Candid and courageous about her infection, she became a sought-after public speaker on HIV awareness and prevention. She delivered over a thousand speeches to healthcare workers, advocacy and support groups, students, and seniors across the US and internationally. In 1995 she co-founded the National Association on HIV Over Fifty, and in 2002 created another national program, HIV Wisdom for Older Women, which she ran for more than a decade. Her work attracted widespread media attention, including profiles in the New York Times and People magazine, and an appearance on "Oprah." Jane's vivid personality and opinions never failed to make a strong impression. She had an uncanny memory for names, dates, and facts. Her personal style revealed a discerning eye for color, always punctuated by an armload of bangles. A proud Yankee Doodle Dandy, Jane maintained that Independence Day fireworks were actually in celebration of her birthday. No food was too spicy for her, no drink too icy, no story too saucy. Jane leaves a son, Stephen Fowler, daughter-in-law Mirjana Risek, and grandchildren Milodar and Matilda Fowler, all of Toronto; and nephews and niece, Lee M. Fowler Jr., KCMO, Chris Fowler, West Hollywood, CA, Stephanie Fowler Jewell, Lawrence, KS, and Brian Fowler, Tokyo. From 1959 to 1982, Jane was married to fellow KC Star writer Giles M. Fowler. Her beloved parents were Frank and Ursula Pecinovsky. Services to be announced. The family suggests contributions to Sharon Lee Family Health Care, 340 Southwest Blvd., KCK, 66103 (www.sleefhc.org).
To plant trees in memory, please visit our Sympathy Store.
Published by Kansas City Star on May 10, 2020.
MEMORIAL EVENTS
Service
Service details to be determined.
GUEST BOOK
0 Entries
Be the first to post a memory or condolences.