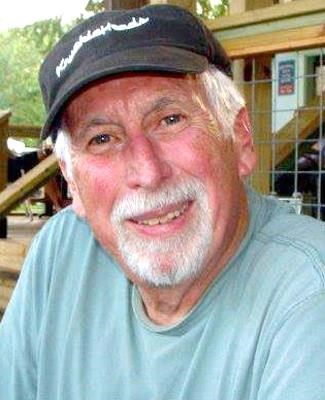 BORN
December 23, 1937
DIED
March 27, 2017
JEREMIAH DANIEL FINNEGAN Jeremiah passed away March 27, 2017 after a brave battle with cancer. He was born in St. Louis, MO on Dec. 23, 1937. He earned his BA at Washington Univ. in St. Louis and graduated from the Univ. of Missouri School of Law in 1963. He was an elected member of the Law Review and honored member of the Order of the Coif. He entered practice in Jefferson City, MO as an Asst. Attorney General under Thomas F. Eagleton. He was later appointed General Counsel of the Missouri Public Service Commission where he served until 1973. He then entered private practice in Kansas City where he worked "as one of the good guys" in public utility law advocating justice for the public, working right until the end. He was well respected by his colleagues in the legal field. Jeremiah lived life with a passion for family, friends and laughter. He was always the life of the party! His sharp intelligence, wit and warmth touched many lives, fusing lasting friendships. An avid sports fan, he played softball as a left fielder until he was 67. His most recent passion was his son's band, Finnegan's Crossing, where he acted as their most fervent promoter, muse and most loyal fan. He is survived by his wife of 56 years, Leanna (Lee); his son, Daniel and wife Judy; his daughters, Kelly and Molly; granddaughter, Sage plus a vast array of friends and family. A celebration of life will be held at a future date. Condolences for the family at www.CremationCenterKC.com Cremation Center of Kansas City, 913-384-5566, CremationCenterKC.com

To plant trees in memory, please visit our Sympathy Store.
Published by Kansas City Star on Apr. 2, 2017.
MEMORIAL EVENTS
No memorial events are currently scheduled.
To offer your sympathy during this difficult time, you can now have memorial trees planted in a National Forest in memory of your loved one.
Funeral services provided by:
Cremation Center of Kansas City
GUEST BOOK
Sponsored by Kansas City Star.
3 Entries
Jeremiah was a wonderful person. I only knew him a short time but during that time enjoyed his company each and every time. He was Dan's biggest fan and was extremely proud of his son's music accomplishments. His presence will be missed. Sending love to your family
Patrick Terry
April 5, 2017
Sweet Lee;
God Bless you and the family, at this time of sorrow, over the loss of your dear Jerry! May he Rest in Peace.
Love & Hugs,
Kay & John Doubleday
April 2, 2017
So very sorry for your loss. I purchased a Finnegans Crossing t-shirt from Jeremiah the last time I saw them perform. It will hold special meaning. Our thoughts & prayers are with you all during this difficult time.
Terry Stinnett
April 1, 2017