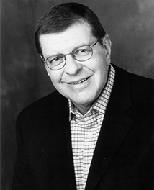 BORN
1936
DIED
2019
Jerry S. Fogel Jerry S. Fogel, 83, of Leawood, KS, passed away Monday, October 21, 2019 at the Kansas City Hospice House. Funeral services will be 10:30am Thursday, October 24, at The Louis Memorial Chapel, 6830 Troost Avenue, Kansas City, MO with burial to follow at Mt. Carmel Cemetery. In lieu of flowers, the family suggests contributions to Kansas City Hospice House, Beth Shalom Synagogue or a charity of one's choice. Jerry was born January 17, 1936 in Rochester, NY the son of Max and Belle (Levy) Fogel. He attended Wesleyan University in Conn, where he was a member of Sigma Chi fraternity and in 2000 was named a Significant Sig. Jerry then attended West Point. His career started as a DJ in Rochester, NY and had a top rated show. He then worked in Hollywood from 1966 to 1980. Jerry appeared in Motion Pictures, TV and on stage. He co-starred on the Mothers-in-Law on NBC and the White Shadow on CBS. He also appeared in 3 movies. Coming to Kansas City from LA, he served as a co-host of a top rated, issues oriented talk program for more than 15 years. He was a member of the Kansas City FBI Citizens Academy, became the Chapter President and then rose to become National President. In 2015, he was honored with the 1 st Annual Jerry Fogel Community Service award by the FBI. He was also a director of the Harry S. Truman Good Neighbor foundation. Jerry was a 1 st Lt. in E Company in the NY National Guard. He was a member of Congregation Beth Shalom and the ROMEO's. Jerry was preceded in death by his parents and his sister, Harriet Lewis. He is survived by his wife, Sandy Fogel, sons and daughters-in-law: David Fogel (Melanie), Mark Fogel (Kathleen), Ross Fogel; stepson: Jon Millstein; step-daughter and husband: Linde Mitchell (Paul); brother-in-law: Dr. Ephraim Lewis; grandchildren: Madeline, Derek and Max Fogel and Mila Mitchell. The family wishes to thank all of Jerry's doctors and the Kansas City Hospice House for the kindness shown to him and his family. Online condolences at www.louismemorialchapel.com (Arr: The Louis Memorial Chapel 816-361-5211).
To plant trees in memory, please visit our Sympathy Store.
Published by Kansas City Star on Oct. 23, 2019.
MEMORIAL EVENTS
Oct
24
Funeral service
10:30a.m.
Louis Memorial Chapel
6830 Troost Avenue, Kansas City, MO 64131
Funeral services provided by:
Louis Memorial Chapel
GUEST BOOK
0 Entries
Be the first to post a memory or condolences.